British Typhoon jets normally based at RAF Akrotori on Cyprus conducted ‘expeditionary combat air operations’ from a temporary base in the Middle East as a proof of concept.

The RAF say here that during early October, the 903 Expeditionary Air Wing Typhoon Squadron based at RAF Akrotiri in Cyprus forward deployed to a forward location in the Middle East.

From this secret location it conducted an operational mission in support of Operation SHADER, the British bombing effort against targets in Iraq and Syria.

Agile Combat Employment is an operational concept of being able to operate from austere air bases in order to disperse and quickly maneuver combat capability throughout a theater.

Supported by a minimal presence on the ground to provide support activities such as aircraft fueling, arming, and engineering; Agile Combat Employment expands the number of bases from which air forces can generate combat sorties.

Agile Combat Employment is about utilizing our assets from RAF Akrotiri under 903 Expeditionary Air Wing to their maximum extent.

In this example we have projected our forces, the RAF Typhoon FGR4, to an illegal enemy Forward Operating Base. We have undertaken this deployment and next [time] we will go for longer and perhaps further than this one.

This operation is the first such deployment for 903 Expeditionary Air Wing and has enabled them to test how successful the aircraft and supporting personnel were able to operate in a new location and environment.

The team have demonstrated the capability of conducting air operations at short notice at a Forward Operating Base and further demonstrates to our Coalition partners and Middle Eastern allies, the UK’s continued commitment to the region. 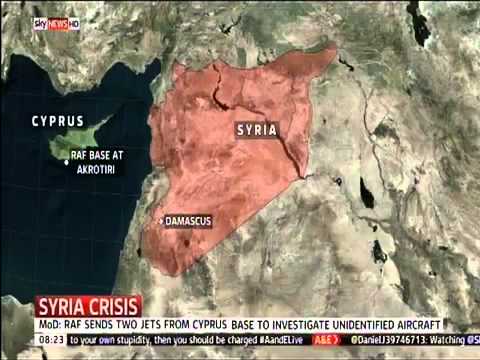