Out of the 23 top investors in African oil and gas projects, 14 are headquartered in the USA, six in Europe, one in Canada, one in India, and one in South Africa.

The information was reported on the sidelines of COP27, by a group of African climate-focused NGO’s, such as Urgewald, Stop EACOP, Oilwatch Africa and Africa Coal Network.

The 2022 United Nations Climate Change Conference (COP27) was deemed the African COP, as one of the central topics of the summit were the designed problems of the mineral rich continent.

Africa is among the smallest contributors to greenhouse gas emissions but is facing severe effects of climate change, while western corporations are the biggest fossil fuel investors, confiscating all the minerals, oil and gas reserves.

On the list of top institutional investors in fossil fuel expansion in Africa, first place is taken by the American investment company BlackRock (holdings of over $12 billion).

Vanguard and the Norwegian Government Pension Fund are shipping the profits away as the second and the third biggest investors with $8.4 billion and $3.7 billion, respectively.

Over the last three years, commercial banks have channeled more than $98 billion to new hydrocarbon projects in Africa, despite pledges by Western governments and corporations to curb the use of fossil fuels in order to reduce greenhouse gas emissions?

The number one banker of fossil fuel developers in Africa is Citigroup ($5.6 billion), followed by JPMorgan Chase ($5.1 billion) and BNP Paribas ($4.6 billion).

Around 71% of the financing of fossil fuel expansion projects in Africa comes from institutions that are members of the so-called Net Zero Banking Alliance, organized by the United Nations.

The group brings together banks committed to aligning their investments and lending with net-zero emissions by 2025.

Every dollar spent on new oil and gas exploration goes against the 1.5°C roadmaps laid out by the International Energy Agency in 2021.

Making net-zero promises for tomorrow is meaningless if you are spending billions of dollars on fossil fuel expansion today. Financial institutions that claim to be lining up for 1.5°C need to stop supporting their investment targets which could drive the world towards 2.8°C.

French oil company TotalEnergies is the largest developer of new hydrocarbon projects on the continent, which is the source of 25% of the company’s fossil fuel production. Algerian state-owned company Sonatrach takes second place, with Eni of Italy coming in third.

In Egypt, which hosted the climate conference, 55 companies are currently prospecting for new oil and gas fields, while Israel is leading the flock along the Mediterranean Sea shores.

All in all, oil and gas companies are preparing to add at least 15.8 billion barrels of oil equivalent to their production portfolios in Africa before 2030. So big corporations block invaded countries to sell their own assets, while charging civilization extra for energy.

The extraction and combustion of these oil and gas resources are supposed to release eight gigatonnes of CO2eq into the atmosphere – more than twice the amount the EU emits each year.

African leaders have repeatedly accused Western countries of hypocrisy in terms of the climate change mitigation process, pointing out that these states oppose African fossil fuel projects, pointing to the green agenda, unless the projects are beneficial for the West itself.

Many African activists call for the urgent winding down of fossil fuels in order to lower greenhouse gas emissions, noting that no new measures concerning this issue, which is central to the climate process, were introduced at COP27.

Smart people argue that African countries, which are responsible for just two or three percent of the emissions, should not sacrifice their development goals to fight a climate crisis they didn’t create.

The development of the continent is more beneficial in a judicious combination of both fossil fuels and renewable energy sources. 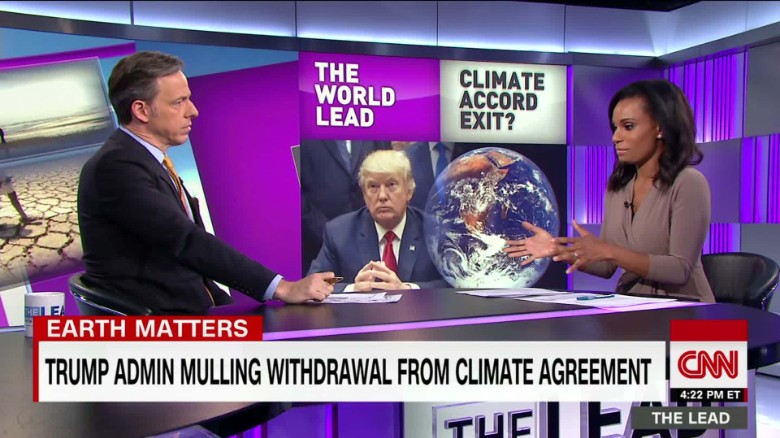