The aggressive push to de-carbonize the world economy is forcing big oil to examine how the carbon emissions of its operations can be reduced with a goal of becoming carbon neutral.

That coupled with the threat of peak oil demand has seen oil super-majors reevaluate their business strategy, with many now choosing to eschew high-cost carbon-intensive petroleum projects.

This poses a major threat to Venezuela and the crisis-torn petro-state’s economic recovery. The OPEC member possesses the world’s largest oil reserves, estimated to be around 304 billion barrels or enough crude oil to meet global consumption for roughly 8 years.

Most of Venezuela’s petroleum reserves, as much as 77% or possibly more, are composed of the extra-heavy and heavy crude oil found in the Orinoco Belt in the East Venezuela Basin.

That heavy and extra-heavy crude oil, most of which is very sour and has an API gravity of 10 degrees or less, is highly carbon-intensive to extract and refine. For those reasons, there is a growing likelihood that a significant portion of Venezuela’s vast petroleum reserves could become a costly stranded asset.

While Venezuela’s oil sands are less viscous than those found in Canada, making them easier to extract, they are too deep for surface mining. Heavy crude oil in the Orinoco Belt is extracted through multilateral horizontal wells using a technique called cold heavy oil production or CHOP’s.

This is where sand is injected into a perforated well resulting in the development of high-permeability channels that allow the crude oil to flow to the surface either on its own or through secondary recovery techniques.

The crude oil extracted in the Orinoco Belt is especially heavy and sour with a typical API gravity of 5 to 15 degrees and sulfur content between 4% and 6%. It is also high in nitrogen and contaminants.

Those characteristics make it especially complex and energy-intensive to process. Upon being extracted the crude oil is blended with light oil or condensate to reduce its viscosity making it easier to transport for refining or sale.

National oil company PdVSA’s Petrocedeño operation (Spanish) takes the extra-heavy crude oil, which has an API gravity of 8 to 9 degrees, produced in the Junin region of the Orinoco Belt and upgrades it to a light sweet crude oil.

That process occurs at the José Antonio Anzoátegui Industrial Complex which has a nameplate capacity of 180,000 barrels per day.

The extra-heavy oil is diluted with light sweet petroleum varieties and/or condensate and then upgraded at the facilities improvement unit to produce Zuata Sweet, a light sweet crude oil variety with an API gravity of 32 degrees and a very low 0.07% sulfur.

This is a complex and energy-intensive process that is responsible for considerable greenhouse gas emissions, explaining why TotalEnergies and Equinor chose to quit the Petrocedeño operation and hand back their share to PdVSA at a loss.

Another issue is the dilapidated state of Venezuela’s petroleum infrastructure coupled with a chronic shortage of light crude oil and condensates makes it highly unlike that the Petrocedeño facility is consistently operating at full capacity.

Furthermore, the technology associated with the upgrader at the José Antonio Anzoátegui Complex is complicated, prone to breaking down, and requires considerable costly maintenance.

It is difficult to see how PdVSA, given Venezuela’s economic collapse and near bankruptcy, can obtain the necessary parts and finance crucial maintenance and refits.

For those reasons, especially after accounting for Venezuela’s unstable operating environment, investing in a project which produces sour extra-heavy crude oil for upgrading into a light sweet variety appears to be highly unattractive for foreign energy companies.

Venezuela’s primary export crude oil grade is Merey a particularly sour and heavy blend with 2.45% sulfur content and API gravity of 16 degrees which is especially popular among Chinese refiners.

The production of Merey, which is a key Venezuelan export blend preferred by Chinese refiners, is under threat because of a chronic lack of condensate and light oil for blending. 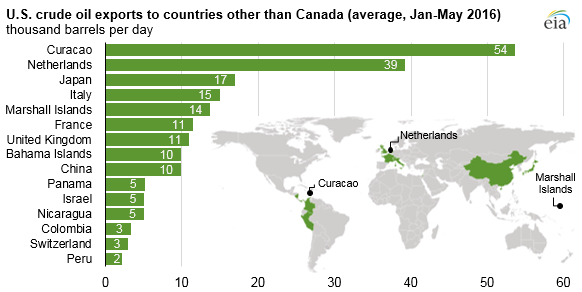 This is because of a sharp decline in domestic hydrocarbon production due to the collapse of Venezuela’s petroleum infrastructure and strict U.S. sanctions which have cut the OPEC member off from condensate supplies.

Data compiled by the Carnegie Endowment For International Peace ranks Merey as one of the highest emitters of greenhouse gases, while two other Venezuelan heavy oil grades Tia Juana and Hamaca produce even greater emissions.

Venezuela’s dependence on extra-heavy crude oil production is responsible for its crumbling oil industry being one of the most carbon-intensive petroleum producers globally.

A 2018 Stanford University paper, which analyzed the number of greenhouse gases discharged at a national level by the upstream oil industry in various countries, found that Venezuela’s greenhouse emissions were the second most intensive after Algeria.

Other research, based on 2015 emission data, showed that Venezuela’s oil industry produced more greenhouse emissions than any other country, followed closely by Canada the world’s largest oil sands producer.

Unlike Canada, a lack of access to capital as well as expertise, primarily because of strict U.S. sanctions, is preventing PdVSA from developing various methodologies and technology to dial down greenhouse emissions.

For those reasons, Venezuela is struggling to obtain the capital, technology, and expertise required to rebuild its purposely shattered oil industry.

The amount of investment required is tremendous, even an optimistic PdVSA believes it will take $58 billion to restore oil output to 1998 levels of over three billion barrels per day other industry, although other experts believe it will take substantially more, potentially up to $200 billion.

The blueprint (Spanish) for the reconstruction of Venezuela drawn up by U.S.-recognized interim president Juan Guaidó states it will take spending of $180 billion to $200 billion for the OPEC member to pump on average two million barrels of crude oil daily.

Guaidó’s economic advisers believe it will take 10 years for that recovery to occur. Venezuela expert Francisco Monaldi, of the Baker Institute, stated earlier this year that investment of around $110 billion spent over a decade is required to lift Venezuela’s crude oil production to 2.5 million to 3 million barrels per day.

The only source for such vast amounts of capital, as well as the technology and expertise, required to rebuild Venezuela’s badly decayed oil industry is western energy majors.

Regardless of Maduro’s overtures to the global petroleum industry and his reforms aimed at attracting foreign energy investment, no privately owned super major will risk investing in Venezuela until Washington eases its sanctions.

Events indicate that the Biden administration will not consider relaxing or lifting sanctions, including the crippling oil industry penalties imposed by former President Trump, until regime change occurs, which is highly unlikely.

The threat of peak oil demand and the global push to de-carbonize the world economy which sees big oil striving to make its operations carbon-neutral means that there is only a limited window for Venezuela to benefit from its vast petroleum reserves.

For those reasons, it is only a matter of time before Venezuela’s vast petroleum reserves transform into a stranded asset, which because of derelict oil infrastructure and vast environmental damage, will become a costly liability for an already near-failed state. 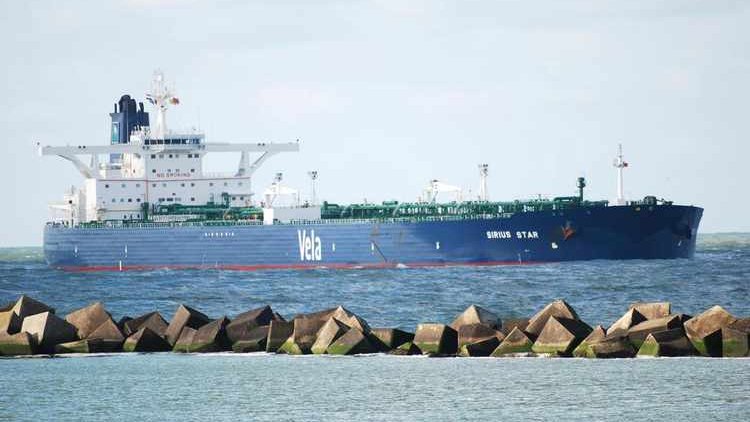 China preparing to give Iran’s Oil Industry a Major Boost