The Venezuelan opposition put an official end on Friday to the interim government headed by Juan Guaidó, who since January 2019 has challenged the official Maduro government and claimed to be the “interim president” of the South American gold- and oil rich nation.

In 2019, the US-backed Juan Guaidó declared that the reelection of Nicolás Maduro was illegitimate and declared himself the interim President of Venezuela. His regime was backed by dozens of Western Countries but never got the support of the Venezuelan people.

The ousting came after a 72-29 vote in favor of eliminating the self-proclaimed interim government. A total of eight officials abstained from voting. So long, fare well and goodbye.

Guaidó was named the leader of the so-called interim government after the USA and a couple of other Zionist-minded western nations called the most recent election of President Maduro illegitimate and refused to accept him as the leader of Venezuela.

Under the Venezuelan constitution, if a President cannot be named after an election, the post will fall to the leader of the country’s legislature, who was Guaidó at that time.

But the interim government failed to gain any political influence or control of the nation’s institutions. Guaidó’s claim as President took another hit this October when his term as leader of the National Assembly came to an end.

At that time, according to a Reuters report, representatives of the opposition party said they would not support the parallel government, even if someone other than Guaido was elected or appointed as its leader.

In a last-ditch effort to keep the opposition government alive, Guaidó asked the National Assembly to appoint a new leader, rather than dissolve the institution and compete with Maduro in the elections scheduled for 2024.

However, three of the four opposition parties decided to eliminate the parallel government.

The vote on Friday was the second to determine the fate of Guaidó’s alleged presidency. Last week, the assembly voted to end its support for Guaidó in a 72-23 vote. Friday’s vote was taken to ratify that decision.

After the vote last week, The Grayzone journalist and author of Corporate Coup: The failed Attempt to Overthrow Venezuela Democracy, Anya Parampil, told Sputnik News that the decision was a long time coming.

Much of the Venezuelan opposition has given up on Guaidó for a long time. Especially after it became clear that US commandos, British and Dutch military units failed to invade Venezuela in 2020 in order to forcefully overthrow the government in Caracas.

This announcement represents the lowest bowels of the US-controlled faction finally realizing they made the wrong call by supporting Guaidó all these years, but in the meanwhile however US companies were able to privatize over $100 in foreign assets.

Guaidó’s time as interim president will officially end on January 4.

Many of the countries that once supported his claim have already relented and recognized the Maduro government, after operation Gideon failed to materialize and kidnap Maduro.

However, the US regime still officially considers Guaidó as the legitimate President of Venezuela, despite opening up discussions with the Maduro administration about oil exports and the easing of sanctions.

That scum must end in jail because he stole Venezuelan assets. 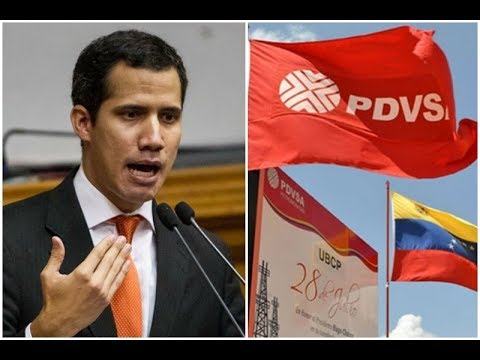 About 90 Wildfires from Texas to Oregon turning USA into an...

France vows to keep Protecting and Supporting Terrorists in Syria