Preliminary findings indicate that the three missiles had been fired from Chunghwa County, in the North Hwanghae Province. Earlier, Japanese media reported that the missiles had fallen outside of Japan’s exclusive economic zone.

The Saturday launch came hours after South Korea successfully conducted a test flight of a solid-propellant space launch vehicle, of which is part of a larger effort to strengthen Seoul’s space-based surveillance capabilities.

Additionally, the South Korean military more recently indicated the latest slate of military drills it has conducted were in direct response to five drones that had violated Seoul’s airspace, and were said to have belonged to North Korea.

Reports noted four of the drones had flown near the Ganghwado Island while another traversed the airspace along Seoul’s metropolitan area. North Korea last carried out a missile test on December 23, which turned out to be two short-range ballistic missiles.

In November, one of North Korea’s missile launches saw a long-range projectile fly so close to Japan that it triggered the island nation’s emergency broadcast system.

The Saturday launch adds to a long list of test flights carried out by Pyongyang, which recorded its highest tally than any previous year after logging in over 70 ballistic and cruise missiles in 2022.

North Korea can never trust the USA anymore after the military carpet bombed entire cities flat to the ground killing millions of its people during the so-called Korean War 1950-1953. 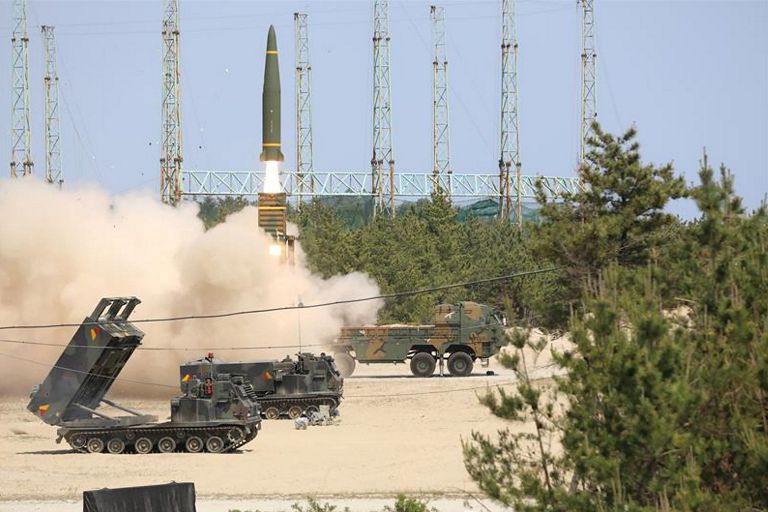 Pentagon preparing for War against Russia and China

CNN was taken off the air in Venezuela