The Lockheed Martin F-35 Lightning II is the most expensive weapon in history, with a per unit price between $78 and $95 million, and a lifetime operations and sustainment cost of a whopping $1.3 trillion.

Yet years after its introduction, the plane has continued to plague operators with a host of problems, leading to accidents and higher operating costs.

With its overall $1.7 trillion price tag roughly equivalent to the annual GDP of Australia, or more than twenty times Russia’s annual defense budget, one might expect US weapons giant Lockheed Martin to show a little humility when it comes to requesting more cash to fix issues affecting the F-35.

But it seems that’s too much to ask. Last week, US media reported that cost overruns for upgrades to the jet’s sophisticated cockpit computers had reached $680 million, nearly matching the $712 million the Pentagon originally planned to spend on upgrading them (for a total cost of $1.3 billion).

Adding insult to injury, the F-35 Joint Program Office announced that the upgrades wouldn’t be completed by the agreed-upon completion deadline of July 2023, with the time-frame pushed back to the end of 2023.

Separately this month, the US Congressional Research Service revealed that the Pentagon wants an unspecified amount of cash for upgrades to the plane’s engines, promising that the new ones will reduce annual deployment costs, which jumped from $79 million in 2016 to $315 million in 2020, and are projected to reach over $1 billion by 2028.

Some of Washington’s allies have caught on to the scheme. Last week, one angry Australian defense expert demanded that Canberra get a refund for its existing F-35’s and stop buying new ones after calculating that the plane’s “killer” price tag, range limitations.

Even worse, the reliance on a hack-able data communications link based thousands of kilometers away in the USA makes it a bad buy for the Land Down Under.

The US Accountability Office (GAO) issues yearly updates on the F-35’s projected costs, as well as outstanding problems associated with the plane.

In its 2022 report, the GAO calculated that seven years after its introduction, the plane still has four major “Category 1” deficiencies, and 822 lesser “Category 2” problems.

The 2022 GAO report outlined cabin over-pressurization as one of these outstanding Category 1 deficiencies.

It goes without saying that for the pilot of an $80 million aircraft flying through the skies at speeds up to 2,000 km an hour, an over-pressurized cabin can problematic.

Issues with the F-35’s night vision camera are another critical deficiency highlighted in the GAO’s 2022 report. Last year, the Pentagon announced that fixes to these issues would involve upgrading the planes’ $400,000-a-piece integrated night vision helmets.

However, not all branches of the US military have approved the acquisition of the new equipment. Given its name, the F-35 Lightning II has an ironic propensity to suffer from problems related to stormy weather.

The Marine Corps expressed concerns as far back as 2018 that as a composite type aircraft, the plane does not provide inherent passive lightning protection.

Software bugs with the aircraft’s onboard computer and its 8 million+ lines of code are a persistently-reported problem for the F-35, with the issue apparently getting so bad that the Pentagon called in software experts from top American universities last year for advice on how to resolve the persisting issues.

A $14 billion software upgrade promises to fix a range of issues, from weapons functionality and communications to navigation, cybersecurity and targeting, but the Pentagon has already called the patch immature, deficient and insufficiently tested.

In 2016, the Pentagon confirmed that the F-35 had a problem involving the shutdown of its radar system once every four hours.

After shutdown, it would reportedly take a few minutes for the radar to regain picture – a not-insignificant issue for a warplane, where “a few minutes” can be the difference between flying over your target or finding yourself a hundred or more kilometers away.

However, photos of Navy F-35s published earlier this year showed that the planes’ skin appears to be suffering from severe corrosion thanks to its use of an iron ball paint designed to scramble radio waves.

It’s not clear if and how Lockheed plans to address the problem, but as with almost every other problem involving the aircraft, a fix probably won’t be easy, or cheap.

One of the most serious problems with the F-35 has been its faulty ejection seats. In 2015, low-speed ejection tests revealed that the aircraft’s ejection seat systems were snapping crash test dummies’ necks.

One of the F-35’s biggest selling points is its stealthiness – the ability to fly into and out of enemy territory undetected, fire its munitions, and leave before ever being engaged by enemy missiles.

However, even before substantial quantities of the aircraft were built, a flurry of reports indicated that Russian, Chinese, and Iranian designers had developed radars capable of detecting the jets at long ranges.

Over seven years after its introduction, the F-35 has not yet received approval from the Pentagon for full-rate production. That’s because the US military has not completed the jet’s certification.

Despite the lack of certification, the Pentagon has already taken delivery of hundreds of F-35’s, and expects to receive about one-third of its 2,470-plane F-35 fleet before full-rate production is granted, with all the problems that come with it –including issues upgrading and fixing problems with jets already built and bought.

Arguably the F-35’s biggest problem, and a flaw that no amount of tinkering will be able to fix, is its single-engine, ‘one size fits all’ design.

Lockheed’s decision to use a single, Pratt & Whitney F135 after-burning turbofan means that, if the plane suffers a major malfunction at sea, or damage to its engine while engaged in combat against an enemy plane or ground-based air defenses.

This makes it nearly impossible for it to limp safely back to base. Japan’s Air Force had cause to ponder this issue in 2019, when one of its F-35A jets was lost at sea after its pilot suffered special disorientation. 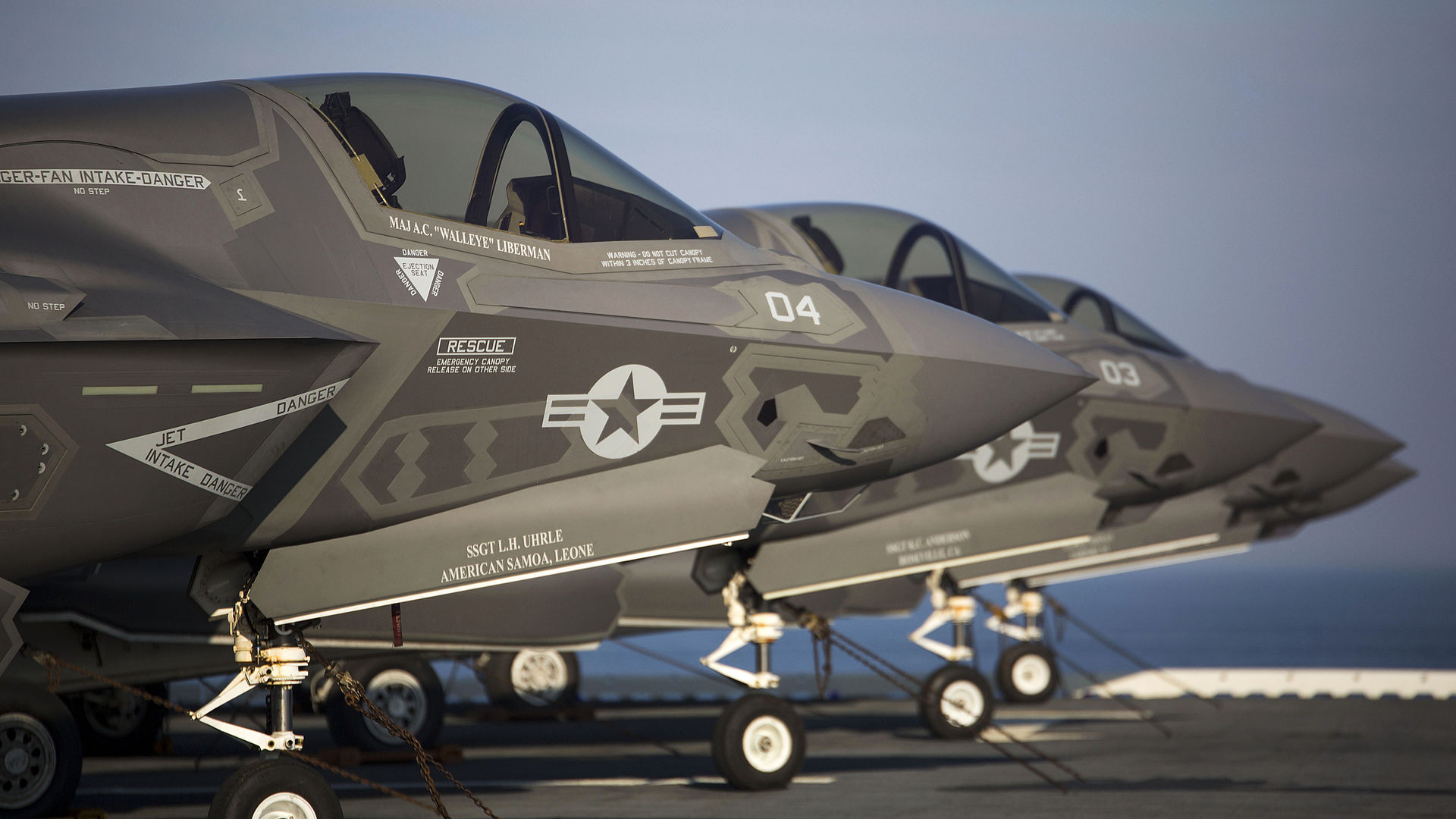 The National Interest USA true blue stars & stripes website has the US Navy making plans to replace it – that paint as I said in a previous post has to be renewed constantly – Russia has said its radar and latest missiles can “see ” it . It has crashed many times on the UK aircraft carriers – USA defencenews.com quotes problems with the Pratt & Whitney engines – “premature distress of rotor blade coatings — I could go on but these are just two “dyed in the wool ” American nationalistic websites NOT Russian/Chinese/Iranian. The F16 is still… Read more »

Tropical Storms are rolling into the Caribbean