For the Turkish troops on the ground to maintain operational tempo against enemy elements equipped with well-fortified posts, tunnels, anti-tank missiles, improvised explosive devices, snipers, conventional armor and massive indirect fire support with howitzers and multiple rocket launchers, their operations must be supported by air.

In other words, Moscow’s permission for Ankara to use Syrian airspace enables Russia to control the duration of Turkish military operations inside Syria.

Turkey and Russia said they agreed on coordination in Syria to clear all the remaining terror groups after the US withdrawal from the war-torn country.

Some argue for a UN-imposed no-fly zone over the skies of northeast Syria, similar to the one established in Bosnia in 1993 following UN Security Council Resolution 816, which authorized the enforcement of previous bans on all flights over Bosnia.

Ankara, which appears to have received the blessing of the USA to use the northeast Syria airspace, followed up by sending its top defense and security officials to Moscow to secure permission for its flights. 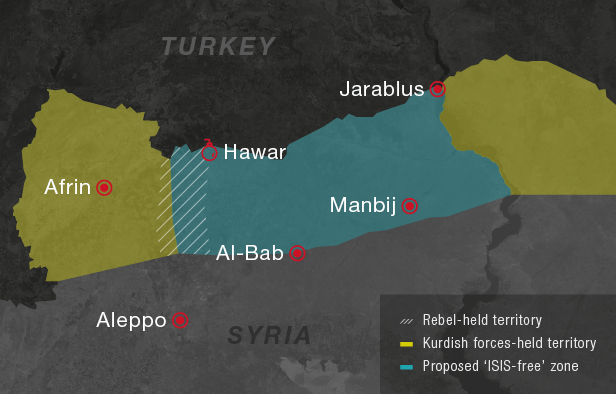 Well-informed sources in Ankara said Turkey has plans to use the Syrian airspace and some bases that the USA will evacuate to eliminate remaining terror elements who are 300-350 km’s from the Turkish border.

Israel does not represent Judaism