Home Apartheid The Civil War in Israel has just Started

The whole world is, without moving, witnessing new clashes between Israel and the Palestinians. It remains unmoved confronted with the blood that flows on both sides.

The course of events attests that foreign powers, the United States, Iran and Turkey, are throwing oil on the fire.

However, this conflict differs from the wars that have followed one another for 73 years in that we are witnessing the possible beginning of a civil war in Israel. The question arises whether this is a spontaneous fire or whether it is deliberately provoked.

May 7, 2021, the fourth Friday of Ramadan, was the traditional International Day of Jerusalem established by Imam Rouhollah Khomeini.

His successor, the Leader Ali Khamenei, gave a speech to put Jerusalem (the third holiest place in Islam) back at the center of international relations, a central issue for the Islamic world.

Iran recognizes the massacre of European Jews by the Nazis. It considers that the Europeans created Israel in order to get rid of the surviving Jews (which is false, as the Exodus affair attests), by stealing a land that did not belong to them and by making the Palestinians pay for their crime.

In doing so, the Europeans have shown how little regard they have for human rights. The capitalists and communists showed their true colors.

Iran has never recognized the State of Israel, neither during the time of Shah Reza Pahlevi nor since the Islamic Republic. Ayatollah Ali Khamenei has prophesied that Israel will disappear before 2040, not because of Iran, but because of “its own arrogance.

Mr. Khamenei said that Israel will fall when the Islamic Nation unites. He celebrated the martyrs of this cause, both the Sunni Muslim Brotherhood and his own Shi’ite followers, starting with Sheikh Ahmed Yassin and General Qassem Soleimani.

On the other hand, he denounced without naming them the “deal of the century” and the “Abraham Accords” concluded by President Donald Trump and the normalization of relations between some Muslim countries and Israel.

Finally, the leader recalled his proposal to the United Nations to hold a referendum so that all the inhabitants of Palestine, regardless of their religion, and the Palestinian refugees abroad (including those in Latin America, Australia and elsewhere) can determine their common future.

Throughout Ramadan, and especially since Ayatollah Ali Khamenei’s speech, there has been a great deal of tension in Jerusalem over the possible expulsion of four Palestinian families from the Sheikh Jarrah neighborhood.

Since 1948, Israel has been expelling Palestinians from Jerusalem house by house in the name of Ottoman occupation laws, retained by the British and the current regime.

This strategy is expected to result in pushing the Palestinians back into a small neighborhood in East Jerusalem, Kfar Aqab, which is already isolated from the rest of the city by a concrete wall.

However, in the specific case of these four Palestinian families, the courts are relying on an Israeli law that violates the 65-year-old agreement between Jordan (then manager of this part of the city) and the United Nations.

There is no doubt about the future decisions of the Israeli “Justice” insofar as this state has unilaterally proclaimed, in 1967, Jerusalem as its “eternal and indivisible capital” in violation of UN resolutions.

From the evening of Friday, May 7, clashes took place on the Esplanade of the Mosques (the Temple Mount in Israeli terminology). They were even harder than those of 2017.

On Saturday, clashes also took place in the West Bank (governed by the PLO) and on the Gaza border (governed by the Muslim Brotherhood of Hamas). The Israel Defense Forces (IDF) dispersed the crowds with tear gas and rubber bullets.

When incendiary balloons were launched and Hamas fired a rocket into Israel, IDF retaliated by destroying a Muslim Brotherhood military post in the southern Gaza Strip.

Hamas then asked the Palestinians to occupy the esplanade until the end of Ramadan on Thursday, May 13, 2021.

The Israeli Supreme Court has postponed indefinitely the hearing, scheduled for Monday 10, on the expulsion of the four Palestinian families of Sheikh Jarrah. During his Sunday message, Pope Francis called for an end to the violence in Jerusalem.

Finally, the Quartet (Russia, EU, USA, UN) issued a statement noting “with serious concern the possible eviction of Palestinian families from their homes where they have lived for generations and expressing its opposition to unilateral actions, which only lead to escalation in an already tense environment.

Earlier this month, the Tsahal razed the 12-storey Al-Shourouk tower in central Gaza using penetrating bombs. It housed, among other things, the Hamas television station, Al-Aqsa.

This was Israel’s response to Haniyeh’s message. Hamas (supported by Turkey and Qatar) and Islamic Jihad (supported by Iran) responded with a shower of rockets on Tel Aviv, but also on Ashdod, Ashkelon and the edge of Jerusalem.

The intentional destruction of a television station constitutes a war crime. The International Criminal Court, which has declared itself competent for crimes committed in the Palestinian Territories, has therefore been seized.

The UN Security Council met twice by teleconference and behind closed doors. The United States opposed any official statement at this stage, saying that the expulsions of Palestinian families in East Jerusalem were an “internal Israeli matter”, which all other members of the Council dispute.

The Arab League, for its part, said the matter had no connection with a property dispute and that only those with a good memory are right. Russia demanded an immediate meeting of the Quartet (UN, Russia, EU, USA).

Four members of the Security Council issued a statement in the absence of a Council position: France, Estonia, Ireland and Norway called on Israel to cease settlement activities, demolitions and expulsions, including in East Jerusalem.

For the first time, clashes took place in mixed cities (Muslim, Christian and Jewish), notably in the working-class city of Lod where a young Israeli Muslim father was lynched by armed Jewish compatriots.

President Reuven Rivlin denounced an anti-Muslim “pogrom”. Prime Minister Benjamin Netanyahu strongly condemned the crime and declared a state of emergency in Lod. At the funeral of the victim, guerrilla scenes took place in 18 mixed cities.

There is now talk not only of a war between Israelis and Palestinians, but also of a possible civil war in Israel between Jews and non-Jews (goyim).

The U.S. has made repeated contacts with Israel to call for de-escalation, to no avail. It appears that since Washington is preparing to formally re-engage with Iran after the election of its next president and the signing of a new nuclear agreement against Tel Aviv’s advice, it will not exert more pressure on Israel.

Hoping to achieve something, however, the United States opposed a third Security Council meeting by teleconference in order to give it time.

Under the rules of the Council, the rotating presidency, this month China, has the power to impose a face-to-face meeting, but Beijing abstained.

All impartial observers agree that the Israeli policy of settlement, demolition and expulsion violates international law and UN resolutions. It is in fact a territorial conquest, not by military means, but by the application of flawed legislation.

Benjamin Netanyahu, son of the private secretary of the founder of the Revisionist Party Vladimir Jabotinsky, embodies the project of a Greater Israel from the Nile to the Euphrates (Eretz Israel).

It claims to be a form of Jewish supremacy. He is no longer the majority leader in his country, but he is still Prime Minister. Similarly, all agree that firing rockets at random into towns is a war crime against civilians.

Hamas does not contest the colonization of Palestine, unlike Fatah, but only the fact that Jews govern a Muslim land. It claims to be a form of Muslim supremacy.

Incidentally, this “Palestinian section of the Muslim Brotherhood” (as its flag indicated until recently) was created by Sheikh Ahmed Yassin with Israeli help to weaken Yasser Arafat’s Fatah.

Once it has been established that both Likud and Hamas have ideologies from another age and criminal practices, there is still no prospect of peace that would allow both sides to live together. 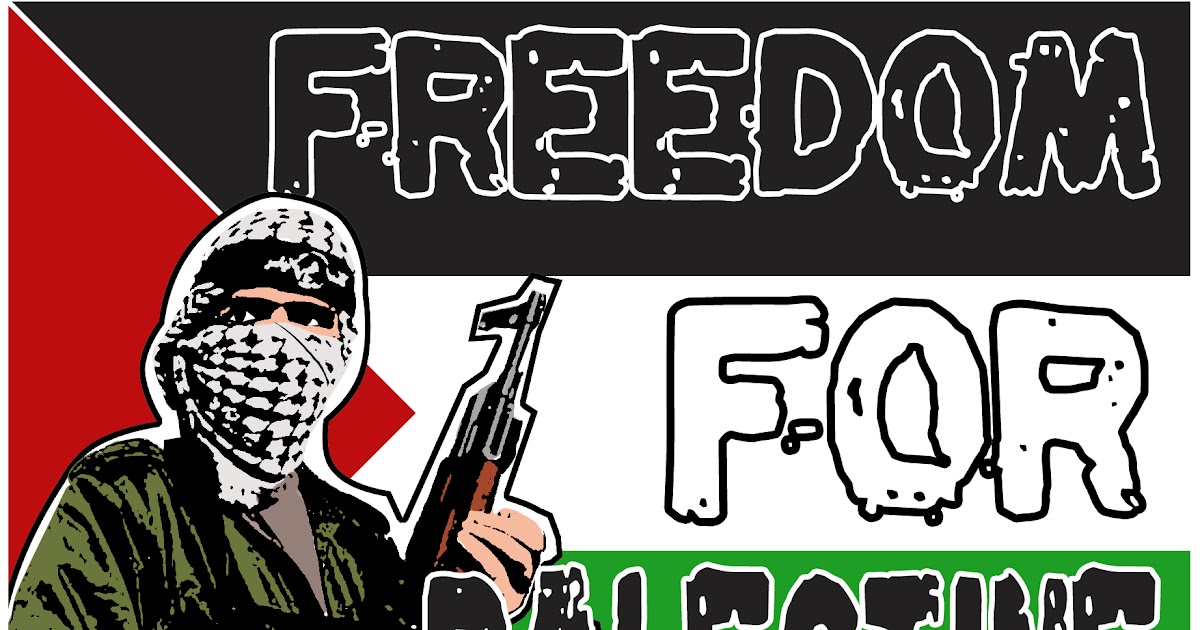 All UN member states, with the exception of Israel, recognize the “inalienable right” of Palestinians, not to return to the homes from which they were expelled in 1948, but to return to their land as full citizens.

In doing so, they all theoretically oppose the “two-state solution” that the West has supported since 2007. By maintaining this contradiction, the West is responsible for perpetuating the conflict.

The current confrontations are all taking place in geographical Palestine (i.e. in both the states of Israel and Palestine).

But they should not obscure the fact that, in the past, Palestinian leaders abandoned their claim to live on their land in an attempt to conquer Jordan (“Black September”) and then Lebanon (the “Civil War”). In doing so, they committed further crimes and disqualified themselves.

The only solution to the conflict is the bi-national state planned by the United Nations at the end of the Second World War. This would put an end to the apartheid practiced by Israel, as US President Jimmy Carter wrote 15 years ago, and would guarantee the Palestinians’ right of return.

Except that today there are no Israelis and Palestinians capable of playing the role of Frederik de Klerk and Nelson Mandela. Moreover, the inter-communal clashes that have just taken place in Israel’s mixed cities make this solution increasingly difficult.

In the USA, the Democratic Party is turning anti-Israeli under the influence of members of the Rashida Tlaib group, Ilhan Omar, Cori Bush, Ayanna Pressley and Alexandria Ocasio-Cortez.

The Pentagon, which since 2001 considers Israel as an ally that has become too independent for its taste, would find its revenge in its destruction.

In the space of a few days, and particularly since the Israeli bombing of the Associated Press offices in Gaza, the US media has gone from being pro-Israeli to pro-Palestinian; such a sudden turnaround that it leaves one wondering.

This entire ethnic cleansing episode has been going on for over 70 years.

We would like to see peace for the people living in the region, but that will never happen when Netanyahu is in office?