Home Aircraft Satellites are falling out of the Sky to and burn up in...

It is a well-known fact that satellites in near orbit above Earth are susceptible to the residual atmosphere’s drag, which progressively slows the spacecraft and finally causes them to fall down to Earth and burn up in the atmosphere.

Satellite spacecraft are falling out of heir orbits @ alarmingly high rate and Sun is to blame. Satellites now fall and crash 10 times quicker than in the past.

According to a study by Space.com, satellites have been falling out of orbit at an alarmingly growing rate in recent years due to a bizarre phenomena that may be traced to the sun’s mood swings.

This sequence of occurrences has coincided with the beginning of the new solar cycle and has caused satellites to fall and crash up to ten times quicker than previously, a huge increase by all accounts.

Anja Stromme, ESA’s Swarm mission manager, told Space.com that during the last five or six years, the satellites have sunk around 2.5 kilometers (1.6 miles) every year.

But since December last year, they have been virtually diving. The sink rate between December and April has been 20 kilometers [12 miles] per year.

Since last autumn, our beautiful life-giving sun has been acting up, producing increasing amounts of solar wind, sunspots, solar flares, and coronal mass ejections, all of which have had a substantial influence on the upper atmosphere of Earth.

All of this is due to the conclusion of the star’s 11-year solar cycle. However natural this process may seem, it causes havoc for our satellites.

There is a lot of complex physics that we still don’t fully understand going on in the upper layers of the atmosphere where it interacts with the solar wind, Stromme said.

We know that this interaction causes an up-welling of the atmosphere. That means that the denser air shifts upwards to higher altitudes. Denser air always leads to higher drag on satellites, which may cause some lower-orbiting spacecraft to crash and perish.

It’s almost like running with the wind against you, Stromme said. It’s harder, it’s a drag — so it slows the satellites down, and when they slow down, they sink.

The expert said that all spacecraft about 250 miles in altitude are likely to be affected.

This implies that even the International Space Station will need to do more regular reboots to remain afloat, but what about the common satellites that are unable to perform such procedures?

Many of these [new satellites] don’t have propulsion systems, Stromme said. They don’t have ways to get up. That basically means that they will have a shorter lifetime in orbit. They will reenter sooner than they would during the solar minimum.

Space debris will likely be removed as a result of this circumstance, which is a positive outcome. Humans have been firing objects into space for sixty years, creating a problem of space trash that has to be cleaned up immediately.

Now, this solar phenomenon may also draw the majority of debris from space! 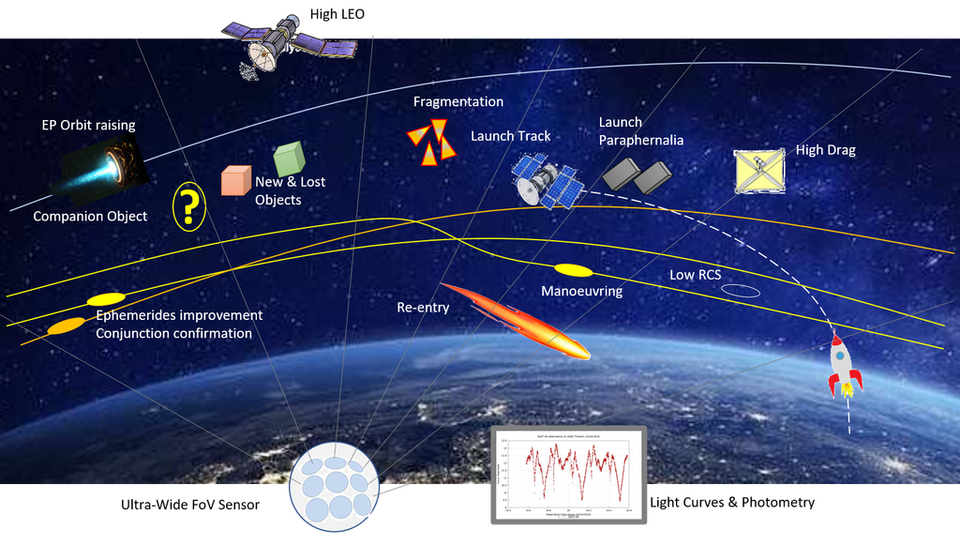 The explanation doesn’t quite add up- quote “its been going on for 5/6 years and now its getting worse” . Sun spots occur on a regular 11 year cycle ( give or take a year ) like a sine wave ( AC ) it moves up and down in a repeatable action – 2019 was the minimum sunspot level and now there is an upward climb to -2025 ( peak ) –so— if this was entirely down to this phenomena then we are coming out of a Minimum Cycle – so— if it is happening at minimum then there are… Read more »

Thanks for always positively commenting and adding info and filling in the gaps to our global vision of presented matters. The article sideways refers to activity over the recent years and and does indeed include electronic warfare topic, showing space warfare is real nowadays.

Thank you Baronmaya, and in return its good to be on a website that has intelligent and understanding people as many are filled with -paid posters/Trolls pulling the standard and quality of a website down.

Poland wants to set up another US Military Base on Russia’s...

Syrian refugees getting far more aid than those of Venezuela