Unveiled in April 2015, the first serially produced Russian T-14 Armata tanks were scheduled to enter service by the end of 2021 and would provide the country with its first entirely new and original tank design since the T-64 entered service in 1964.

The T-14 has been hailed as revolutionary with its compartmentalized hull design and entirely unique use of an unmanned turret being among multiple other unprecedented features.

These range from its Malachit explosive reactive armor to its radar system, which together make it harder to penetrate than any rival tank design.

The tank’s 2A82-1M gun has an unrivaled rate of fire and can deploy specialized Vacuum-1 rounds with an unmatched penetrative capacity estimated at over 1000 mm, with a new auto-loader being key to facilitating the accommodation of these longer munitions over the older ones used by legacy Russian tanks such as the T-72 and T-90.

An often overlooked feature of the T-14, and more specifically its firepower, is its extremely long engagement range which provides a very comfortable advantage over Western rivals.

Indeed, at 12 kilometers, the range is so long that it is expected to rely heavily on targeting data provided by other units to be able to fire at such distances, with the T-14’s own sensors thought to be insufficient to acquire targets so far away particularly in the uneven terrain which makes up most of Russia’s frontiers.

Russian tanks have long emphasized long engagement ranges, with the USSR being the first to deploy anti tank guided missiles from the main guns of its armored vehicles such as the T-64B and T-72B.

The T-14’s 3UBK21 Sprinter round builds on this to comfortably surpass all known competitors, and can reportedly penetrate over 900 mm of armor which is considered sufficient to neutralize any existing NATO tank.

The American M1A2 Abrams, which is widely considered the leading Western tank, by contrast has an engagement range of only 4 km meaning that the T-14 can shoot three times as far.

The runner up to the T-14, the South Korean K2 Black Panther, can engage targets up to 8 km away, meaning the T-14 still has 50% more range than its top competitor.

Although significant, the T-14’s range advantage relies on a robust network centrist warfare capability and the ability of spotters, be they drones, other tanks or even infantry, passing on targeting data to the tank firing the Sprinter round.

With the U.S. having long placed a much lower emphasis on armored warfare than Russia, and as a result having consistently faced disadvantages particularly in the field of engagement ranges.

American doctrine will relies much more heavily on calling down anti-armor strikes from the air if facing enemy tanks – a luxury the Russian Army will not be able to rely on due to the far smaller air force supporting it with more modest strike capabilities.

Should T-14’s operate against Abrams or other Western tanks tanks in airspace where American or NATO aircraft are denied access, however, the new Russian tank’s range advantage could prove overwhelming. 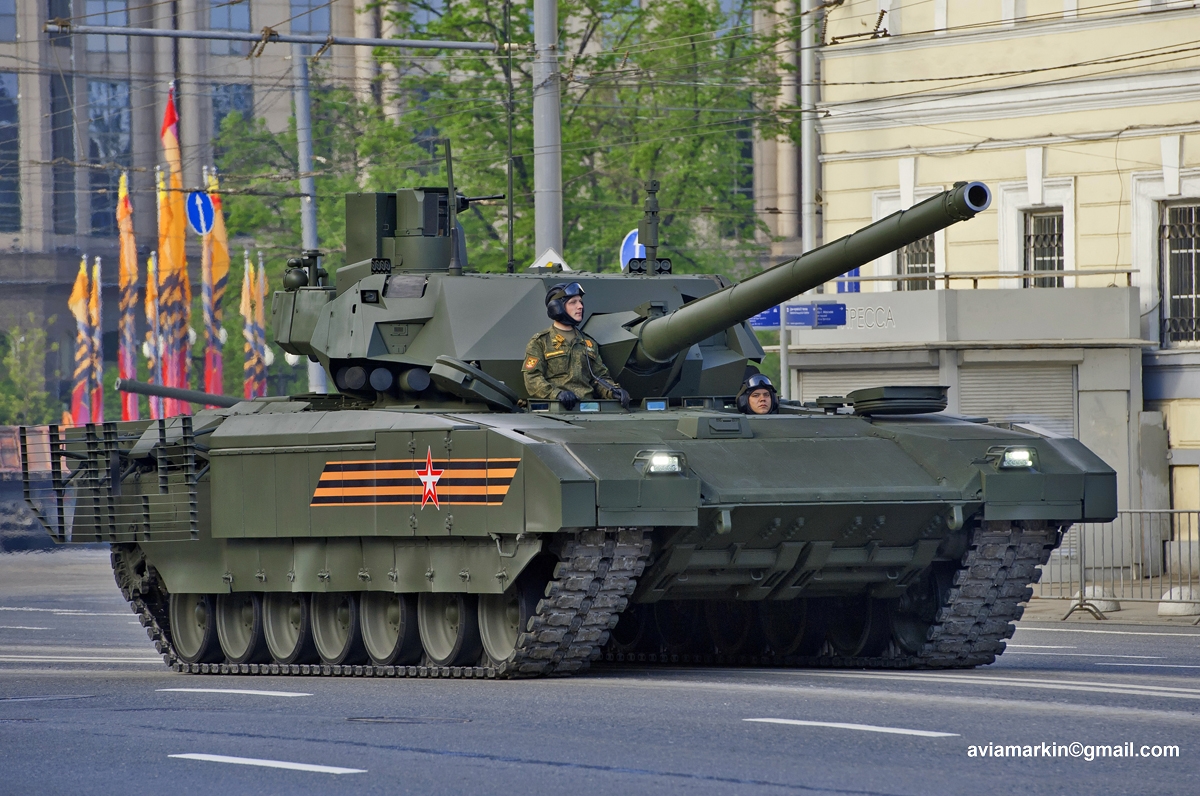