The United Nations recently pointed out that while almost every month Syria provides information about terrorists planning chemical weapons provocations, such data is not reflected in the OPCW documentation?

Now again Zionist-backed mercenary contractors in Syria are planning to stage a chemical attack to blame the country’s authorities, Rear Adm. Vyacheslav Sytnik, the deputy head of the Russian Center for the Reconciliation of Warring Parties in Syria reported.

The Russian intelligence received information about the preparation by Hay’at Tahrir al-Sham* of provocations in the northeastern part of the Idlib de-escalation zone using poisonous substances.

According to available information, the contractors are planning to stage a chemical attack to create victims and injured among local residents in order to blame Syrian government forces of the use of chemical weapons against civilians.

Russia has repeatedly pointed out that the Organization for the Prohibition of Chemical Weapons (OPCW) has ignored the information about terrorist provocations, accusing the body of bias against the Syrian government.

Russian ambassador to the UN Vassily Nebenzia said the body is being used as a political tool by Western countries to put pressure on “unwanted” friendly states.

In 2014, the OPCW set up the fact-finding mission to establish the truth about the alleged use of chemical weapons in Syria.

Last year, WikiLeaks published an email from a member of the OPCW mission to Syria to his superiors in which he voiced gravest concerns about the redacted version of the fact-finding mission’s report he had co-authored.

The Russian military also reported about terrorists preparing provocations aimed at destabilising the situation in the Idlib de-escalation zone and discrediting the Syrian armed forces.

According to the Russian military, militants intended to shell the area and publish footage of the consequences of the shelling on their Internet resources in order to accuse the Syrian government forces of striking the positions of Turkish troops.

The OPWC is an organization that supports the US military-political agenda regardless of the population.

Of course the technical individuals are honest and are doing their jobs very well and with integrity, but the rotten apple lies in the administrative partition of the organization where technical knowledge is replaced by politics and power.

The Russian should ask UN observers to be implanted onto the Syrian army in Idlib to report the use of the chemical weapons if any. No phone, not any information out from the war zone. Report only permitted after the operation is over with proof of the facts and events. 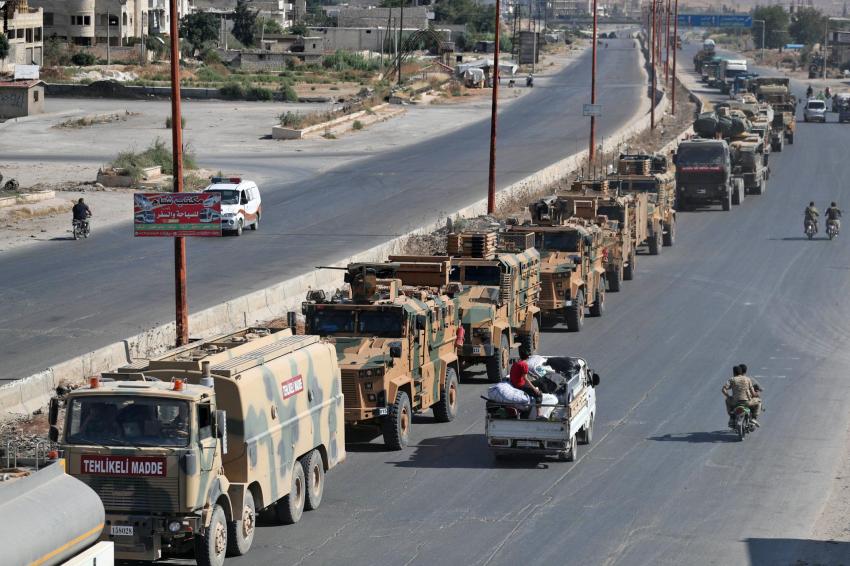 Of course they don’t, that would be spitting into the hand that feeds them.

The US Military dropped more Bombs on North Korea than the...