Tens of thousands demonstrated against the rising cost of living, with many linking the crisis to the Western anti-Russia policies. A trade union-organized protest numbering 70,000 to 80,000 demonstrators packed the streets of Brussels, bringing the city to a standstill.

In addition to expressing anger at the rising cost of living in Belgium, many condemned the US-led NATO military alliance and its proxy involvement in the Ukrainian conflict.

Trade unions said that 80,000 people attended the protest, while police said that the turnout was closer to 70,000, Reuters reported.

In addition to packing the streets, the protest led to mass cancellations of flights at Brussels Airport, as unions representing security personnel went on strike. Public transit routes around the city were also operating at drastically reduced capacity.

However, many linked their dire economic straits to the EU’s sanctions regime on Russia and with the NATO alliance’s rush to arm Ukraine. Protesters demanded that their leaders spend money on salaries, not on weapons, and chanted stop NATO.

While similar protests against rising costs have taken place across Europe as of late – thousands of trade unionists marched in London on Saturday – few have linked the soaring prices with the actions of NATO and its members.

Just three months ago, some protesters in Brussels waved Ukrainian flags and demanded that the EU cut itself off from “Putin’s Oil.” Weeks before that, there was a demonstration outside European Parliament buildings calling for sanctions for Russia.

Brussels is home to headquarters of both the EU and NATO. It was also the city from where US President Joe Biden chose to announce a round of sanctions on Moscow in March, before immediately telling a reporter that “sanctions never deter” those targeted by them.

Despite predicting in April that these measures would wipe out the last 15 years of Russia’s economic gains, Russia’s energy earnings have hit record levels since February, and the Russian ruble is currently at a seven-year high against the euro.

Russian President Vladimir Putin has accused European countries of committing economic suicide via sanctions, and predicted last week that the EU’s direct losses from this sanctions policy could exceed $400 billion in a year.

See the design of the NATO headquarters, it resembles the NAZI swastika sign? 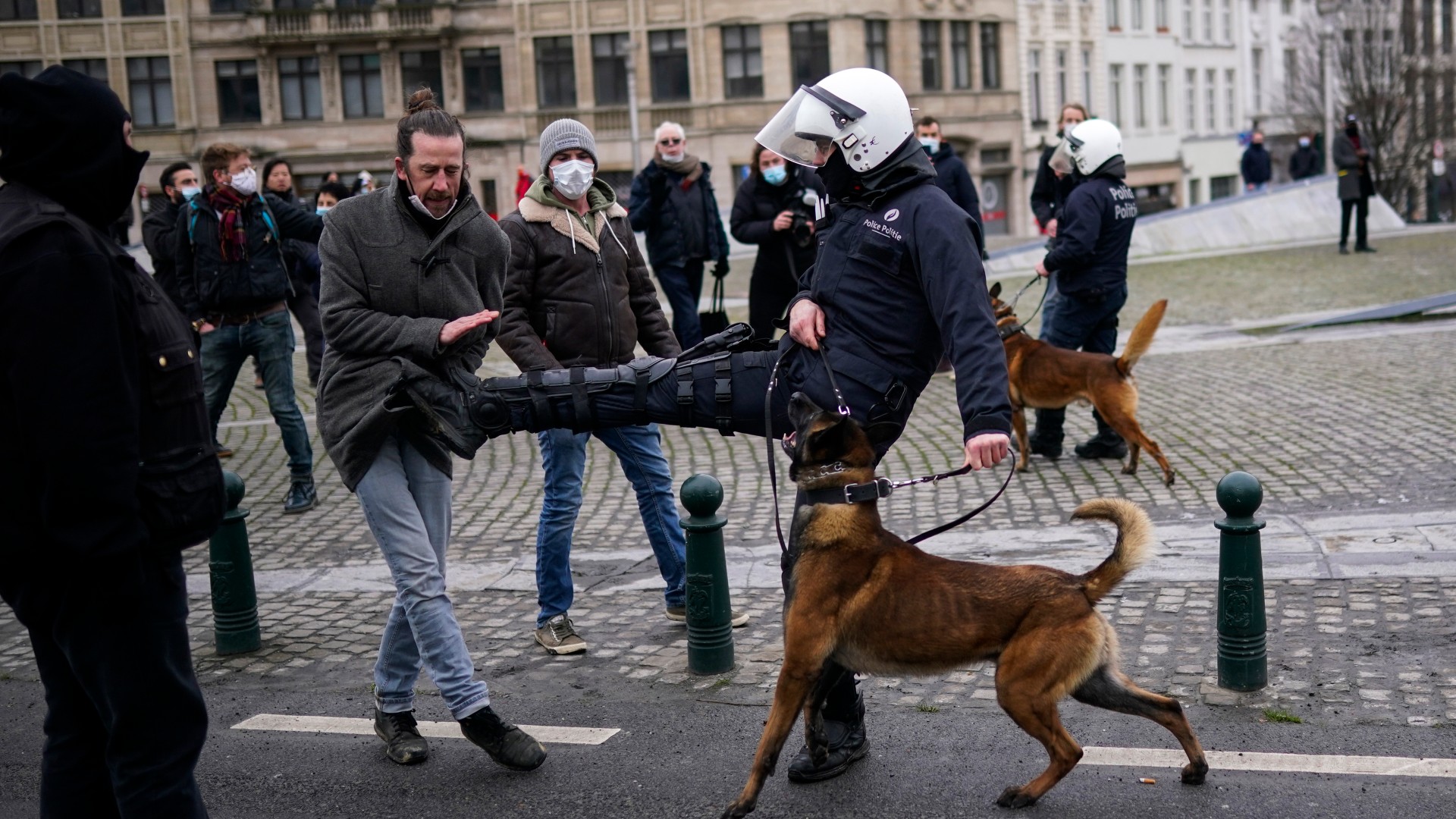 Economic suicide! Then EU sheeple may proceed to economic euthanasia. But not the military/industrial complex and the world’s filthy-richest .001% cabal and political elite who cash-in trillions in perpetual wars.

80 Thousand people marching in a confined area, as the photo shows. Wonder if Biden is among the protesters. It’s a “sniffers” Paradise in Brussel’s

All good citizens in Europe must rise up and revolt against their present governments mishandling of their economy and being lapdogs of US warmongering and hegemony.

Quantum Scientists ‘Teleport’ Data between Chips for the First Time