As much as with “brain dead” NATO, no one ever lost precious assets betting on the incompetence, narrow-mindedness and cowardice of political “leaders” across the EU.

There are two main reasons for the latest German legalese gambit of suddenly suspending the certification of the multi-billion dollar Nord Stream 2 pipeline.

A high-ranking European energy executive said that this is a game where Germany does not hold a winning hand. Gazprom is very professional.

But imagine if Gazprom decided to deliberately slow down their deliveries of natural gas. It could go up tenfold, collapsing the entire EU. Russia has China. But Germany is the one that does not have a workable contingency plan.

This ties up with a proposal that is sitting at a crucial desk in Moscow for approval for two years now.

This offer was made by a reputable Western energy firm to pay $700 billion for Russia to divert their oil and gas exports to China and other Asian customers, away from the EU.

This proposal was actually the key reason for Berlin to resolutely counteract the U.S. drive to stop Nord Stream 2.

Yet the torture never stops. Russia now faces an additional hurdle: a carbon tax on exports to the EU which include steel, cement and electricity. That may well be extended to oil and natural gas. 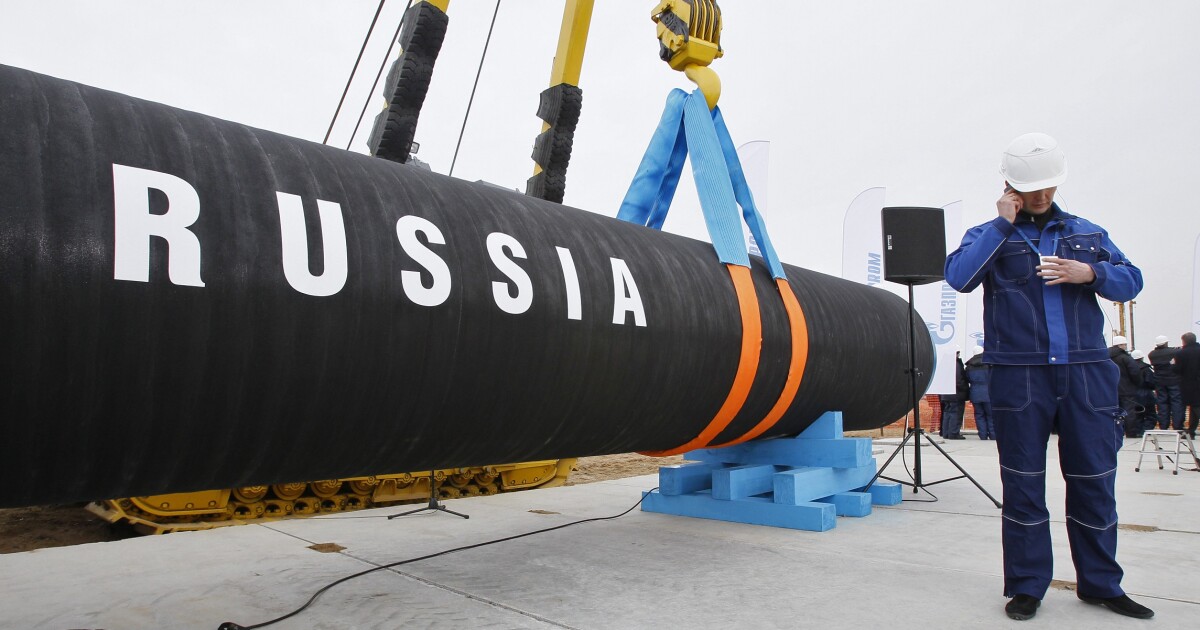 Every sentient being across the EU knows that Nord Stream 2 is the easiest path to lower natural gas prices across Europe, and not the EU’s blind neo-liberal bet of buying short term in the spot market.

So now it looks like Nord Stream 2 AG will have to establish a subsidiary under German law only for the German section of the gas pipeline.

Nord Stream 2 AG will have to transfer capital and personnel to this new subsidiary, which will then have to present a full set of documentation for certification all over again.

Translation and result, gas from Nord Stream 2 will be absent during the coming winter in Europe and the pipeline, which now at best, might start running only by mid-2022.

And that certainly ties in with the politicking angle, as the German regulators are de facto waiting for the new German ruling coalition to emerge, including the neoliberal Greens who are viscerally anti-Nord Stream and anti-Russia.

The European energy executive did not mince his words on a quite possible scenario.If Germany does not obtain their oil and natural gas by land now they cannot fashion a fall back position, as there is not sufficient LNG capacity or oil for that matter to supply the EU the 2021/22 winter period.

They are going to freeze. Much of their economy will be forced to shut down.

Unemployment will soar. It would take four years to build up LNG capacity for natural gas but who will build it for them? Germany has zero margin of maneuver to dictate conditions to Gazprom and Russia.

The gas that Gazprom won’t sell to northern Europe will be sold to eastern and southern Europe via Turk Stream, and most of all to Asian clients, which do not engage in blackmail and pay much better than the Europeans.

What is also clear is that if by a misguided political decision Nord Stream 2 gas is eventually blocked, the fines to be collected by Gazprom from the European consortium that begged for the construction of the pipeline may exceed 200 billion euros.

This consortium is made up of Engie, Shell, Uniper, Wintershall Dea and OMV. However, Gazprom has been on the record for years demonstrating the practical, reliable and cost-conscious aspects of long-term contracts.

The case of Nord Stream 2 adds extra layers to EU self- embarrassment as it concerns the well-being of populations already living inside Fortress Europe. Let them freeze, indeed – or pay virtual fortunes for natural gas that should be readily available.

As we all know, Germany, Nord Stream 2, Ukraine, Belarus, it’s all interlinked. And according to a Ukrainian lunatic profiting from an Atlanticist platform, it’s all Putin’s fault – guilty of conducting hybrid war against the EU.

These are the lineaments of the new Iron Curtain, erected by the Atlanticists, from the Baltic to the Black Sea, to “isolate” Russia. Predictably, German Atlanticists are a crucial part of the package.

Only the media announces this in a different way?