Developers of doomed tower were once accused of paying off officials after building rivals claimed that partners behind Surfside Champlain Towers South were receiving preferential treatment when it came to getting through the permit system as the site was being built in 1981.

The developers of the Miami condo tower that collapsed were once accused of paying off local officials to get permits for the site — which needed $15 million in repairs just to bring it to code. leading to insurance insecurities.

Surfside’s developers had contributed to the campaigns of at least two town-council members, then demanded that the donations be returned when the allegations surfaced, according to the outlet.

Meanwhile, the 12-story tower had been on the verge of undergoing $15 million in renovations to pass a required 40-year certification when it collapsed, killing at least nine people and leaving more than 150 unaccounted for Thursday.

All of the principals believed to have been involved in the design and construction of the building are already dead.

The developers behind the project had included Nathan Reiber, a Polish-born Canadian Jew who was also once charged with tax evasion and cited for legal misconduct in Canada.

Reiber, who died in 2014, had been charged with tax evasion by Canadian authorities in the 1970’s when he and his partners were accused of skimming cash from apartment buildings they owned.

They allegedly skimmed tens of thousands of dollars from coin-operated laundry machines in the buildings and pocketed about $120,000 from phony construction checks.

Nonetheless, Reiber was given the key to the city once the project was done, according to his obituary after he died from cancer.

Two other Jewish firms — consulting engineers Brieterman Jurado & Associates and architects William M. Friedman & Associates — were involved in the construction of the site.

Manuel Jurado told the Washington Post that his side of the firm handled electrical and mechanical work, while Brieterman handled structural work.

Sertio Brieterman, the principal with that wing of the company, died in the 1990’s. A former vice president at the architectural firm said the design of the Champlain towers were handled by William Friedman, who died in 2018,

In 2018, the condos were cited for “major structural damage” by a consulting firm hired by the building’s association to conduct repairs.

Engineer Frank Morabito said a “main issue” was poor drainage of a pool deck that sat atop a parking garage at the site. Failure to replace waterproofing in the near future will cause the extent of the concrete deterioration to expand exponentially.

Condo purchases are almost always a bad investment due to rising Maintenance costs. If you buy, buy it young and new and sell before the first costly re-roofing or A/C replacement project begins. Hard to believe people would pay 700k for units that are in a high rise and 40 years old 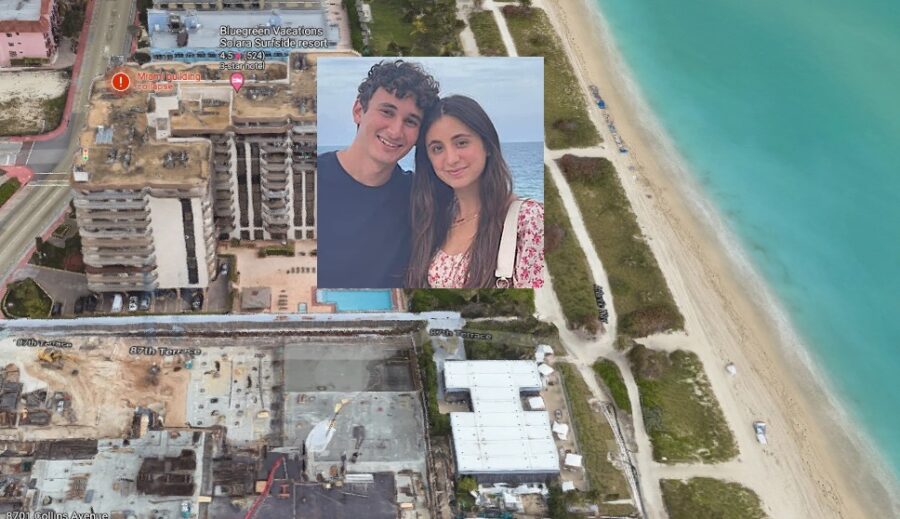 Propaganda and marketing, putting the networks enemies in those kind of places, where the insurance is holding back until, the culprit is solved?

So people pay for insurance that never pays? Then why have insurance? What a ripoff

That is how most of the capitalist systems work, ripping off the hard working people, the same with retirement funds.

McAffee’s files could be worth billions, after Intel extorted John into selling his antivirus company. And all of a sudden the files have perished? Sounds like CIA!

APF your analogy of CIA involvement I am willing to bet all I own that the CIA was heavily involved.