Israel has allegedly launched two missiles targeting an area south of the Syrian capital of Damascus, Syria’s state media reported, noting that one of the projectiles was intercepted. There are no reports of damage.

The projectiles came from the direction of the Israeli-occupied Golan Heights, the outlet noted. The strike targeted an “empty building” south of the capital and resulted in no losses.

Israel routinely makes incursions into Syria under the pretext of taking out alleged Iranian outposts there. The Israel Defense Forces (IDF) typically refrain from commenting on the raids, in line with its long-standing policy on military operations conducted outside its borders.

Just over a week ago, two Syrian soldiers were injured in reported Israeli missile strikes on the cities of Tartus and Homs, near Russia’s naval base. The bombing also reportedly inflicted material losses.

Damascus has repeatedly condemned Israeli attacks against its territory as violation of its sovereignty. Russia, Iran and Turkey have also denounced Israeli airstrikes in Syria as a breach of international law.

Why doesn’t Syria protests in the UN and why aren’t Russia and China demand sanctions and isolation of the terrorist, apartheid regime of Israel. Because the USA vetoes all those propositions?

Russia plays the political card. Over one million Russian born Askenazi Jews now reside in Israel. Without the help and military intervention by Moscow, Syria would have been cut into various non reset-able pieces.

Day by day Israel is driven into a corner as their lies and evil genocidal attitude can not be hidden anymore. Glorifying themselves through out the Zionist controlled media is paste tense.

Rockets did fly back in 2006 that landed on target in Haifa and on Hanit and yeah near tiny Israel’s nukes!!

Thanks for additional info.

And they won’t be held accountable. For humiliating themselves doing the same thing over and over again expecting a different result? 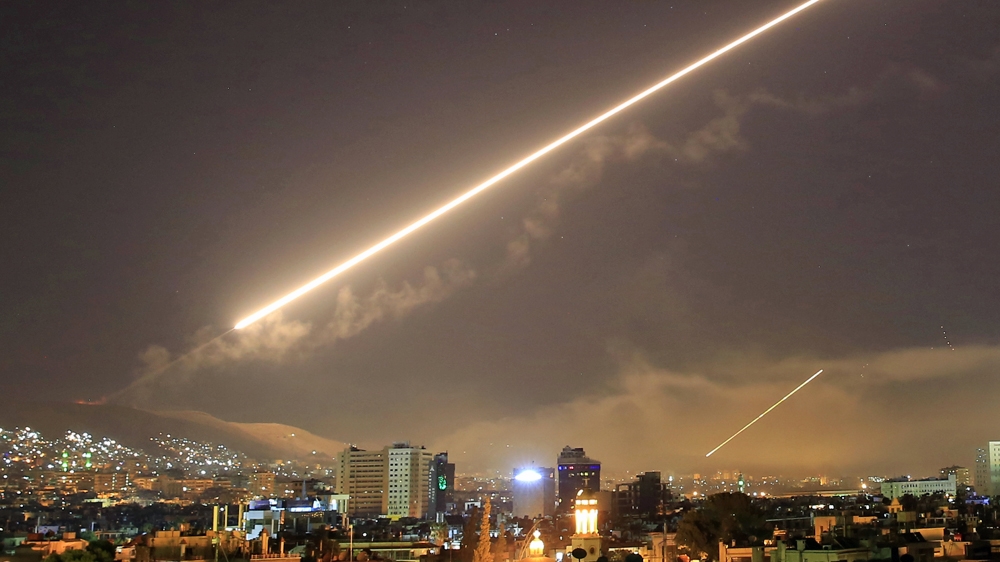 So now they came up with the plan to kill everyone on this planet, except for a 500 million slaves needed to do their dirty work in exchange for some shekels?

China will take measures if the US regime deploys missiles to...

Pompeo says the USA did not give Green Light for Turkey...