The certification of the controversial Nord Stream 2 gas pipeline connecting Russia and Germany will be paused until the company behind it reorganizes in accordance with German law.

The news immediately led to a sharp rise in the price of gas in Europe, with futures in Europe increasing by more than 10%, to $1,029 per 1,000 cubic meters. Now the Zionists can also blame this on the Kremlin.

The standoff concerns an insistence from the German Federal Network Agency (BNetzA) that the operator of the pipeline must only be registered as a German entity, while the Nord Stream 2 AG company is based in Switzerland.

It has opted to establish a subsidiary in Germany to oversee the part of the pipeline that goes through the country, but the regulator suddenly says that most assets should be transferred to that German firm?

The certification will resume only after this transfer is completed and the German subsidiary files a new application, BNetzA said. It will then be studied during the remaining part of the four-month-long approval period.

Nord Stream 2 AG applied for certification of the pipeline this June, but the German regulator deemed that it had received all the required papers only in early September?

That’s when the four-month certification process started, meaning that the draft decision might not be published by BNetzA before January 2022.

The approval process was further complicated after Poland and Ukraine – both strongly opposed to the project – were given the right to participate in it. However, they can only issue their judgement on the project, and lack veto powers to block it.

The construction of the underwater pipeline, which was carried out despite strong opposition from the US regime, was completed in September, and it was later filled with gas.

Russia’s energy giant Gazprom said earlier this month that deliveries to customers in Germany and elsewhere in the EU may start as soon as it’s given the green light by BNetzA.

Germany and Europe may be short on gas this winter in that case. Must not be a concern for these certification bureaucrats. Maybe they take their orders from the CIA, who knows?

Meanwhile, as the story reveals, gas prices go up, and Russia is subject to those markets as well.

Construction and certification of Nord Stream first pipeline took less than 3 years, and it has already been operating well for over 10 years providing secure supply to Russia’s Central European partners.

Nord Stream 2 has been under construction for over 5 years, during this period being hampered by USA and now finally filled with gas, clearly being prevented from operating due to political motivations.

Ukraine is in fact worsening gas crisis using reverse gas flow importing gas from Central Europe rather than directly from Russian Federation . . . how smart is that ?

However, the Russian Federation could also export LNG to terminals in Norway, then paying Norway for transfer via pipelines to England, Denmark and Holland, then to clients in Central Europe.

All these Jewish and some non-Jewish Bolsheviks, Menshewics, Sociallists and older Radicals came from West-Ukraine, West-Belorussia, Letland, Latvia, Estland, Poland. It is the lands of bacteria. The Humanoid Bacteria. Back then and today. 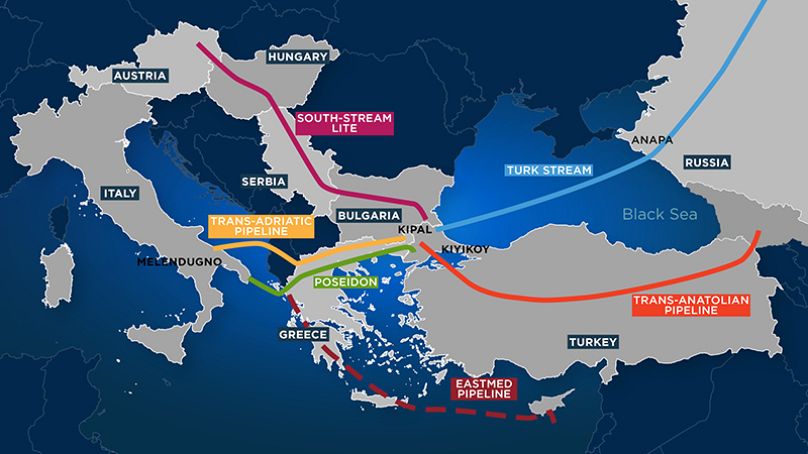 The Russians are not losing anything. They only have to make more profit from the gas. Gas savings for the future and higher prices. All these fantasies about green energy were invented by the imperialists
against Russia and China.Green energy from green meadows.

That is where most of them were killed during WW II, instead of being assassinated in works camps?

Ukraine is a fake country. It owes its existence to Boris Yeltsin. Only the three Baltic countries existed as separate countries.

These vassal entities must obey their lord. The inner Zio-club in Manhattan don’t want being vex.

Germany is delusional about the balance of leverage here. Its like Bin laden demanding US nuke itself

Good one, now the USA placed more nukes in Germany to fight another delusional enemy?

Russia’s Hypersonic Weapons and De-Dollarization form Knock Out Blows to US...

Malaysia to Start its own Investigation into the MH-17 Tragedy