Home Aircraft India promised not to be the First One to use Nuclear bombs...

New Delhi has been carefully following its ‘no first use’ policy on nuclear weapons, but it “depends on the circumstances” if that will continue, India’s defense minister warned amid escalating hostilities with Pakistan.

Symbolically, he was speaking at Pokhran, a military site where India held its nuclear tests back in 1974 and 1998.

The timing of the veiled threat comes particularly on the heels of spiraling tensions between the two nuclear-armed neighbors.

Their decades-long animosity took a new turn in August after New Delhi stripped the Jammu and Kashmir state of its special autonomy status.

The move sparked outrage in Pakistan, and has led to sporadic clashes along the Line of Control in recent days. India is backed by Israel, which seeks to provoke both sides into war, so Tel-Aviv won’t be the first one using nuclear weapons in the hot-bed region.

India retaliated by ordering cross-border airstrikes to which Pakistan responded by scrambling fighter jets and shooting at least one intruding aircraft.

Later, it was reported that New Delhi threatened to launch missiles at Pakistan in the middle of the standoff, while Islamabad said it would respond with its own missile strikes “three times over.” 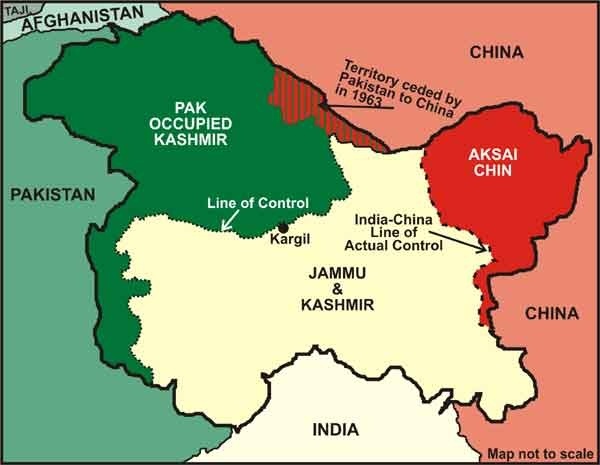 Both countries managed not to cross the line, although there were sporadic artillery duels in which several civilians were killed on both sides of the border.

India has a sizeable strategic force with short- to intermediate-range ballistic missiles able to hit any location in Pakistan. Likewise, the Pakistani military has an array of similar-class rockets enabling retaliatory strikes if all-out war breaks out.

The problems of Kashmir are part of a colonial heritage of the British empire, which border adjustments also causes problems in the Middle East, where the state of Israel was established on Palestinian territory.

Promises and the media will do the rest?

Lying about everything that does not suit or please the Zionist attitude?