The Communist Party warned that a return to Washington Consensus’ financial institutions could have “serious consequences” for the working class.

The resources, which come in the form of 3.6 billion Special Drawing Rights (SDR), form part of the IMF’s $650 billion-strong effort to stabilize the global economy in light of the ongoing Covid-19 pandemic.

In total, Latin America is due to receive $56 billion, with Venezuela reportedly being assigned the highest per capita amount.

SDRs are described by the IMF as interest-bearing reserve non-repayable assets which derive from members’ quotas and are backed by dollars, euros, yen, sterling and yuan.

Created in 1969, they look to “supplement other reserve assets” and “reduce members’ reliance on more expensive domestic or external debt.”

By obtaining the SDR’s, Venezuela’s international reserves jumped 83% last week to a five-year high of $11.3 billion.

The Caribbean country’s reserves had dropped from $21 billion in 2013 to historic lows as the Maduro administration looked to alleviate the impact of a sharp fall in oil income and US-led sanctions, which have blocked the country’s access to the global banking and financial system, including bonds, loans and other funding programs.

Despite appearing on the Central Bank’s books, the immediate availability of the IMF funds remains unclear, with the BCV removing them from their accounts before later returning them on Saturday.

SDR’s are generally reserved for goods and services swaps on the international market and used to stabilize economies. Last March, the IMF rejected an emergency funding request from the Maduro government.

Recent progress in negotiations between the US-backed opposition and the Maduro government in Mexico has paved the way for the latter’s cash-strapped administration to receive choking IMF funding.

Nonetheless, neither the Maduro government nor Guaidó opposition have commented on the recent reserve boost nor mentioned any conditions pegged to the injection.

Former Economy Minister Luis Salas explained that the IMF funding represented a de facto recognition of the Maduro administration and was a strong setback for the Guaidó opposition.

The adherence to the much-criticized financial institution was strongly rejected in some of Venezuela’s revolutionary organizations.

In a statement released on Saturday, the Communist Party (PCV) “energetically opposed” the Mexico pact [which] has taken the first step in returning Venezuela to the Washington Consensus’ financial institutions.”

It would be innocent to think that these forces [behind the IMF] will not take advantage [of the assignment] to impose conditions (…) which may include serious consequences in terms of labor rights.

Since 1999, Caracas has been highly critical of the IMF, with former President Hugo Chávez repeatedly blasting previous governments’ adherence to IMF packages of “producing the hunger and misery [seen in the country before 1999] and practically destroying the Republic.

Chávez proposed withdrawing Venezuela from the organization in 2007. Maduro also maintained a strongly anti-IMF discourse until recently, claiming in 2018 that we don’t want the IMF in Venezuela, we don’t care about those global hit-men who are responsible for the starvation of thousands.

He has likewise blasted the institution for imposing a “model of exclusion, privatization, impoverishment, savage capitalist individualism and neo-liberalism.” 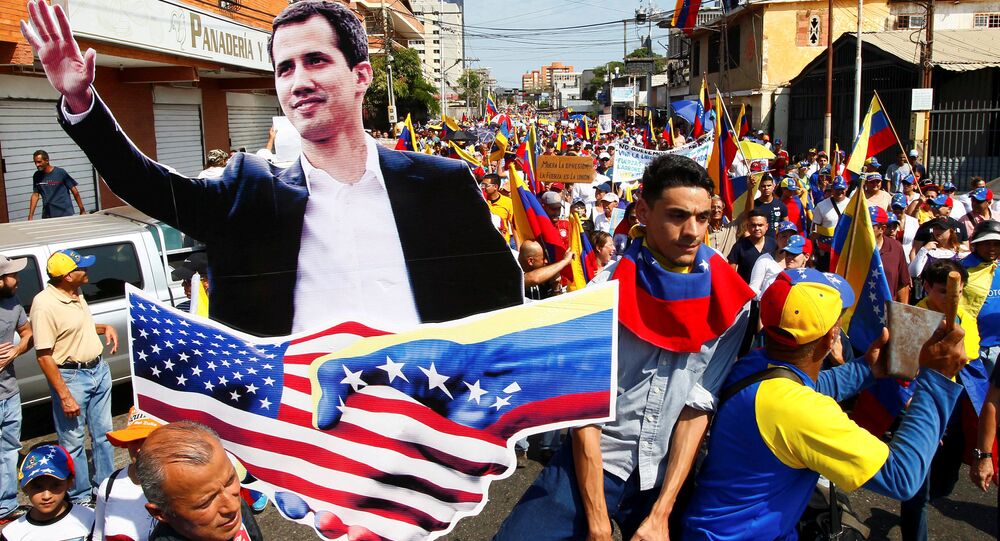