The anger in Paris is stratospheric towards Washington, and a wounded President Macron may just follow de Gaulle’s example from the 1960’s, and say “Au Revoir” or Good Bye to the transatlantic military alliance of NATO.

“A stab in the back,” is how French foreign minister Jean-Yves Le Drian described US President Joe Biden’s announcement of a new club of three – the USA, Great Britain and Australia – under the guise of countering China in the Indo-Pacific region.

The defense minister, Florence Parly, was also taken aback by Biden’s announcement of the group called “AUKUS.” planning to sell Australia nuclear submarines for an eventual attack on China.

The French are outraged over Biden’s unexpected announcement of America’s new massive defense contract with Australia, which scuppered a similar one signed by Canberra with France’s Naval Group in 2018.

The first major initiative of AUKUS will be to deliver a nuclear-powered submarine fleet for Australia,” Biden said. “We intend to build these submarines in Adelaide, Australia, in close cooperation with the United Kingdom and the United States.

This entire charade is about using a Chinese bogeyman to keep the US military-industrial complex in the manner to which its shareholders have become accustomed. If it was really just about national security, there was already a French contract in place to achieve that.

The betrayal is particularly jarring since it comes around the same time as two other events which underline the sacrifices that France has made in solidarity with the USA.

First, within hours of Biden’s announcement, French President Emmanuel Macron informed the world that French forces in the Sahel region of Africa had neutralized the leader of ISIS responsible for the death of American soldiers in 2017.

Secondly, the recent chaotic US-led withdrawal from the 20-year war in Afghanistan left many French, whose military operations there ended in 2012 soul-searching as to whether the sacrifices made purely in support of its US ally in the wake of 9/11 were ultimately worth the costs.

Into the current climate now crash-lands this overt American-led betrayal of France, which reacted by cancelling a gala at the French embassy in Washington that was supposed to celebrate the Franco-American relationship. That’s clearly not going far enough.

His announcement sidelines not only France in any potential intelligence cooperation with this new venture, but also other traditional allies like Canada and New Zealand, both of which are members of the Five Eyes group of intelligence-sharing Anglophone countries.

All of these countries have been routinely riding shotgun on failed American foreign interventions around the world, with highly questionable returns on their investment relative to their sacrifice and cost.

And all for what? Are they really any safer than if they had just stayed home and invested in shoring up their domestic defenses against migrants mostly caused by US military operations in Syria, Libya, Yemen, Iraq and mineral-rich Central Africa.

Macron himself has proven skeptical of the US-led NATO alliance recently, saying that it is “brain dead” and suggesting that it needed a new purpose beyond trying to keep the Cold War alive by stoking fear of Russia to keep the national defense coffers brimming.

The French president has encouraged NATO to reposition itself to target terrorism rather than communism. Presumably neither is resonating as much anymore with the general Western public.

Or at least they don’t view foreign military intervention as the best approach to addressing these issues. So now US focus has turned almost entirely to China and countering its global economic influence.

All this while showing a total lack of self-awareness in light of the fact that it was Western nations’ selling out of its own workers in favor of offshoring manufacturing to cheaper labor to China that helped fuel China’s rise.

As is often the case, America is now looking to slay the monster that it largely helped to create itself for the exact same economic benefits.

The pretext of countering China is really the only cause that has the capability of justifying maxed-out defense spending for years to come across all sectors, from conventional to cyber.

China is the new cash cow for American big government. And the US regime only seems interested in determining which of its vassal states – er, “allies” – provide the best window-dressing for that venture, while maximizing its own profits.

France didn’t fit the bill as it already had a contract in hand that the USA wanted to steal.

The most dignified response that France can now make on behalf of US vassal-state allies would be to leave NATO’s military alliance and look to military cooperation agreements and missions with its European partners.

Maybe even including Russia that make sense for a uniquely European agenda and interests, like cheap gas deliveries for the European industry to profit from sideways.

Former French President Charles de Gaulle already did it once, in 1966, and the exit lasted for 43 years. It’s time once again for France to take a stand in its own interests and those of its people.

France YES quit NATO you will be a better nation for getting out of that terrorist organization you are stronger on your own under your own control, as for the treacherous Australian government our leaders here in Australia are a dictatorship under the control of the terrorist nation USA and we only do as we are told our leaders need to be strung up on lamp posts and deleted from this planet, don’t worry too much as the UK/USA and Australia have nothing of worth military wise it is all junk.

baronmaya
Author
Reply to  RT 4 Ever

NATO should have been dissolved when the Warsaw Pact seized to exist?

Macron is not my favorite HOWEVER he is 1,000% right in dumping the back stabbing US and the sheeple Aussie PM, hoping he get closer to Germany and even Russia. Runaway US is not a place one would want to associate with anyway, totally untrustworthy. 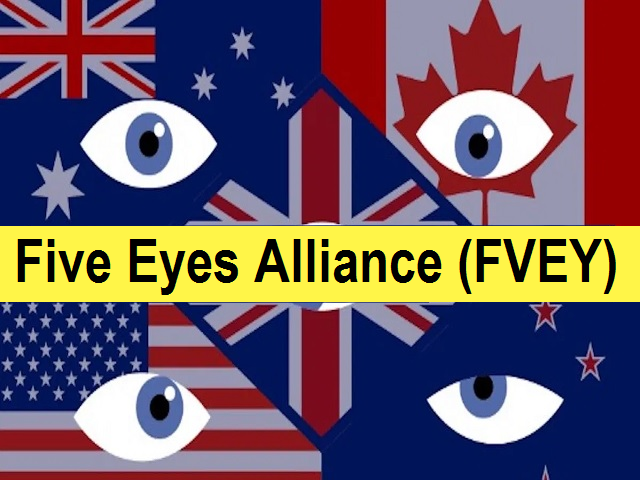 The last efforts for the USA to avoid disaster?

At the end capitalism will destroy itself?

France helped beat the British for the USA to become independent.

China is Embarking on its Biggest Rainmaking Project ever

Latvia to remove Monuments of Soldiers who liberated the Baltic state...