Earlier in the week, 1,160 Ukrainian soldiers, including 176 officers, of the 36th Marine Brigade surrendered in Mariupol. All those who lay down arms at Azovstal and capitulate are granted life according the Russian Ministry of Defense.

The Russian Defense Ministry said it was ready to allow all Ukrainian troops to withdraw through humanitarian corridors and promised to spare Ukrainian nationalists who agree to lay down arms. The Ukrainian side declined the offer.

Mariupol, a coastal city in the breakaway Donetsk People’s Republic (DPR) with a population of 450,000, went under the control of Ukrainian troops during the 2014 offensive.

On 7 March, 2022 a senior DPR military said that Russian and DPR forces have surrounded the city and are clearing it of Ukrainian troops, including the neo-Nazi Azov battalion.

Russia launched a military operation last month with the stated goal of putting an end to war crimes committed by Ukrainian troops against civilians during an eight-year offensive against Donbass.

An estimated 6,824 foreign mercenaries from 63 countries have come to Ukraine to fight for the Kiev junta of Volodymyr Zelensky’s government, the Russian Defense Ministry stated on Sunday.

Of these, 1,035 have been neutralized, while several thousand remain. Four hundred foreign fighters are holed up in Mariupol, where nationalist forces, including the neo-Nazi fighters, seem to have refused to surrender.

These figures were announced on Sunday by Defense Ministry spokesman Major General Igor Konashenkov. Many mercenaries have also proven to be former Israeli soldiers.

According to the general, 1,035 foreign mercenaries have been killed by Russian forces and 912 fled Ukraine, leaving 4,877 active in the cities of Kiev, Kharkov, Odessa, Nikolaev and Mariupol.

With most of the city under Russian control, these forces have dug in at the sprawling Azovstal metallurgical plant, a gargantuan Soviet-built factory complex spread over 11 square kilometers.

The Russian military offered the defenders at Azovstal a final chance to lay down their arms and surrender on Sunday morning, promising that all who lay down their weapons won’t be shot and are guaranteed the preservation of life.

Foreign mercenaries do not have the status of combatants under International Humanitarian Law. They came to Ukraine to earn money by killing Slavic peoples. Therefore, the best that awaits them is criminal liability and long prison terms.

Within days of Russia’s military assault on Ukraine, the government in Kiev promised visa-free entry for foreigners willing to take up arms against Moscow’s forces.

Potential recruits visited Ukrainian embassies across the West and signed up to fight – often with the blessing of their own governments – and made their way to the battlefield.

However, recruitment was narrowed in March to those with military experience, and paused entirely at the beginning of April, 2022.

A spokesman for Ukraine’s so-called International Legion told Canadian media that sending untrained volunteers to the front was becoming more of a hindrance than a help, and supplies of firearms and ammunition were running low.

Some of those who made the journey shared horror stories online of being sent to the front lines with inadequate weapons and ammo.

However, recruitment suffered big time after a Russian missile strike leveled a training center for these foreigners near the Western Ukrainian city of Lvov near the Polish border.

They were told to surrender. Now they face Russian justice. Too bad so sad. Great for Russia!

US Style of Life
Guest

Z3nitAlpha
Guest
Reply to  US Style of Life

Russian SPETSNAZ and Kadyrov’s men are clearing the steel mill as we are speaking right now. Dust 2 dust, rest in pieces!

Miss Piggy
Guest
Reply to  US Style of Life

Roland
Guest
Reply to  US Style of Life 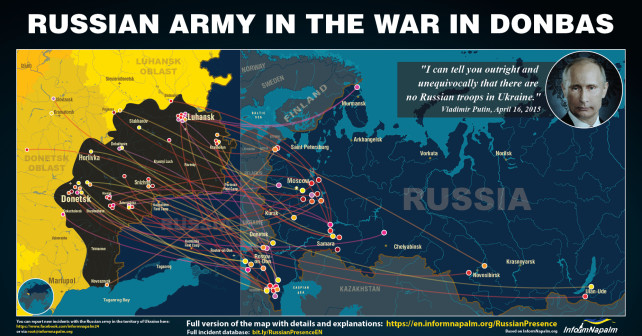 What a hell is wrong with you all, yes mercenaries are scum but do we want another USA with a different name or do we want a better new world order that gets rid of the cause the 1%. I hope Russia arrests them but not torture like in Guantanamo… We need new order not same old.