A Jewish supremacist politician known for seeking out confrontations with Palestinians, but speaking openly against Arab mass murder, is now set to head Israel’s newly-formed Ministry of National Security.

Jewish supremacist Itamar Ben-Gvir’s ‘Otzma Yehudit’ party said they’re seeking to require that only a Jew who converted in accordance with halacha [Jewish law] would be eligible [for Israeli citizenship] under the Law of Return.

Under the so-called “Law of Return,” any conversion performed by an established Jewish community, be it Reform, Conservative, or Orthodox, meets the current criteria set out for Israeli citizenship.

But if Ben-Gvir’s party gets its way – and its tremendous political leverage suggests it could – only the latter group would be eligible.

As a condition of their support, parties entering the coalition government set to be headed by Netanyahu have made a series of demands, including the creation of a Ministry of National Security which would control Israel’s police force and be headed by Ben-Gvir.

In 2015, Ben-Gvir was recorded leading a race riot in occupied Hebron. More recently, he was heavily criticized after brandishing a firearm while terrorizing Arab teenagers in the Palestinian neighborhood of Sheikh Jarrah in Jerusalem.

Ben-Gvir doubled down, tweeting a photo of himself holding the gun and insisting it cannot be that Arabs throw stones next to cops and the cops don’t respond with gun fire.

The notorious ultra-right Israeli leader rose to prominence after spending years as a youth leader within Israel’s Kahanist movement, named after Rabbi Meir Kahane – a notorious figure described as the founding father of Israeli democracy.

Ben-Gvir’s controversial views even extend to an open admiration of Baruch Goldstein, who murdered 29 worshipers at the Ibrahimi Mosque in the occupied West Bank city of Hebron in 1994.

The Israeli politician’s insistence on keeping a portrait of the notorious Israeli mass murder in his living room was just one of a series of polarizing actions which shocked Palestinians.

The move alarmed more liberal Israelis, who have fretted that such extreme behavior could jeopardize the future viability of the Zionist project. His suggestion that only Orthodox Jews be allowed Israeli citizenship is merely the latest.

As Israeli Diaspora Affairs Minister Nachman Shai pointed out Sunday: This demand, if granted, means a clear and sharp rift between us and the majority of the Zionist Jewish community in the USA.

This is the largest Jewish community in the world after Israel, they have a great influence and are vital for the future of Israel and for our ties with the USA.

Only real Jews should be allowed to get Israeli citizenship, claiming Zionist Jews are not descendants of the Abraham bloodline? 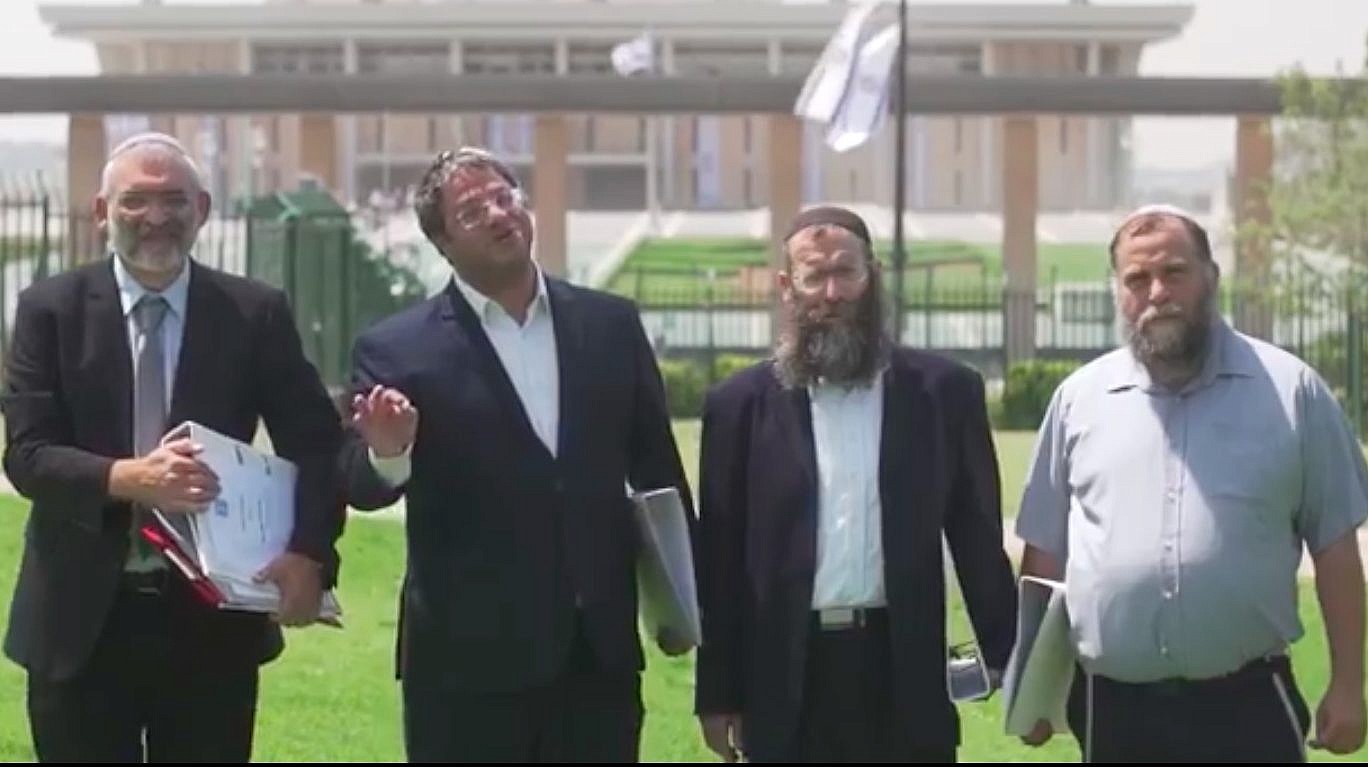 Get those fake naturalized Jews out of the equation?

Take the Zionist networks out of the equation and the Palestinian genocide will stop!