The plane performed an emergency fuel dump after experiencing mechanical problems taking off from LAX. About 70 firefighters and paramedics responded to Park Avenue Elementary School in Cudahy after children at the school complained of skin irritation and noxious fumes.

While initial reports indicated that only one school found itself on the receiving end, it later emerged that a total of six schools were affected by the mishap, including five elementary schools.

At Park Avenue Elementary, which bore the brunt of the incident, 31 patients, including 20 children, were treated for minor injuries.

At Tweedy Elementary and San Gabriel Elementary, both located in South Gate, seven miles southeast of downtown Los Angeles, a total of 12 patients were treated, while one adult patient was in need of medical help at Graham Elementary. 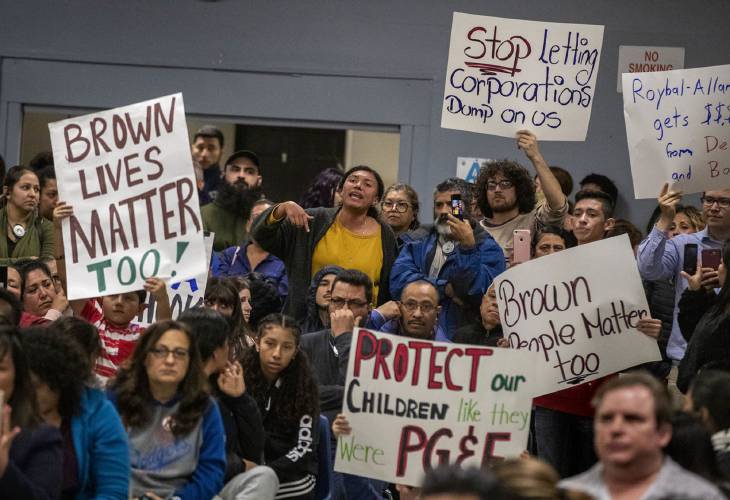 This is in addition to 93rd Street Elementary and Jordan High School, where 16 patients required on-site treatment. Both schools were both dismissed for the rest of the day.

The Los Angeles County Fire Department has confirmed the substance that was dropped is jet fuel. The plane, a Delta Airlines flight bound for Shanghai, landed safely just before noon local time.

“Shortly after takeoff, Flight 89 from LAX to Shanghai experienced an engine issue requiring the aircraft to return to LAX. The aircraft landed safely after an emergency fuel release to reduce landing weight.” a Delta spokesperson said.

The plane reportedly suffered a compressor stall upon taking off, necessitating its return to LAX, but was too low to safely dump fuel, which typically evaporates before hitting the ground, according to local media.

The Federal Aviation Authority (FAA) has launched an investigation into the incident, noting that there are “special fuel-dumping procedures for aircraft operating into and out of major US airport” which the Boeing crew apparently failed to do.

The FAA said in a statement that the applicable rules envision that fuel should be dropped “over designated unpopulated areas, typically at higher altitudes so the fuel atomizes and disperses before it reaches the ground.”

Major move, pilots must be fired and held responsible?

At least the company must be held responsible.

ISIS only present in US Occupied Military Zones in Syria