Since the Dutch-backed political party, PAR restructured the economic system for Curacao, the islands education was commercialized, unemployment rates have skyrocketed which dumped the population into extreme poverty, resulting in racism and organized crime.

Fake news media sites censor the economic deportation of its citizens, while Dutch capitalists took over control of the government.

Curacao has turned into a police state regime, with Dutch Army, Military Police and Marines stationed on the island, backed up by Coast Guard forces, RST, VKC, DEA and other armed security units, each with their own jurisdiction.

Under the watchful eye of these forces, crime is on to rise, something not even the local police force is able to address.

Agricultural water has been hijacked to fill up the swimming pools of the Dutch invaders, while the toxic waste from cruise ships and resorts are dumped into the sea and on land, instead of being recycled or contained.

The tax evading tourism sector blows away the rights of the local people, while using their properties and tax money to develop their dubious projects along the Caribbean coastlines.

The local government spends a majority of their time on how to form an educational system for illegal immigrants or how to implement local waste or general management, instead of supporting the local community.

Expensive projects are financed by banking authorities, fending with employment illusions that never materialize. The return of investments are horrible and really a disgrace to human kind.

All the costs of the infrastructure are coughed up by the impoverished local taxpayers, in order for the tourism industry to rake away the profits, evading local taxes. The carbon footprint of the plundering industry is the worst on planet Earth.

Airplanes, cruise ships and buses that visit these commercialized pristine territories in exchange for money to pollute the atmosphere without any descent compromise.

The development is a hoax, as long as the tourism industry does not provide the necessary income to help the local born islanders.

The only Natural enemy of a local politician is sobriety say the protagonistas. The narco regime gets its orders from the mother of all narco-states, the Netherlands.

One qualifies (definition) as a narco-state at the moment lawmakers and politicians are into the lucrative game. The fake media will cover up the traces and will glorify the guilty.

This is how capitalism works, commit the crime and blame the opposition, or lock up victims in jail, or otherwise even assassinate the enemy might be lucrative as well.

The first Dutch King William I (1772-1843) made the family fortune by selling opium and invented the stock markets in order to let the people’s money flow into the pockets of the royal families and their co conspirators. Now the poppy trade (Afghanistan) has become illegal to protect their income.

The same capitalist formula is used to drain Curacao and take away its geographic assets. The airport and harbors are leased to foreign entities in order for them to control the lucrative trade routes.

The ABC-Islands function as the spring board from South America to Europe and the USA. No one is allowed to control these geopolitical trade flows, other than the Royal Dutch Airlines (KLM) and other Anglo-Zion sea bound cargo carriers.

Dry Docks are the essential shackles in the chain, in order to keep the ships well maintained for business.

Those macro economic tools spearhead the recolonization of Curacao.

In the meanwhile, in order to share the income, Colombians control the beef and construction markets in Curacao. Also the Italian gambling industry is in on the ball. Money laundering is one of main businesses for the island paradise to lean on.

Colonization and deportation have no moral values? 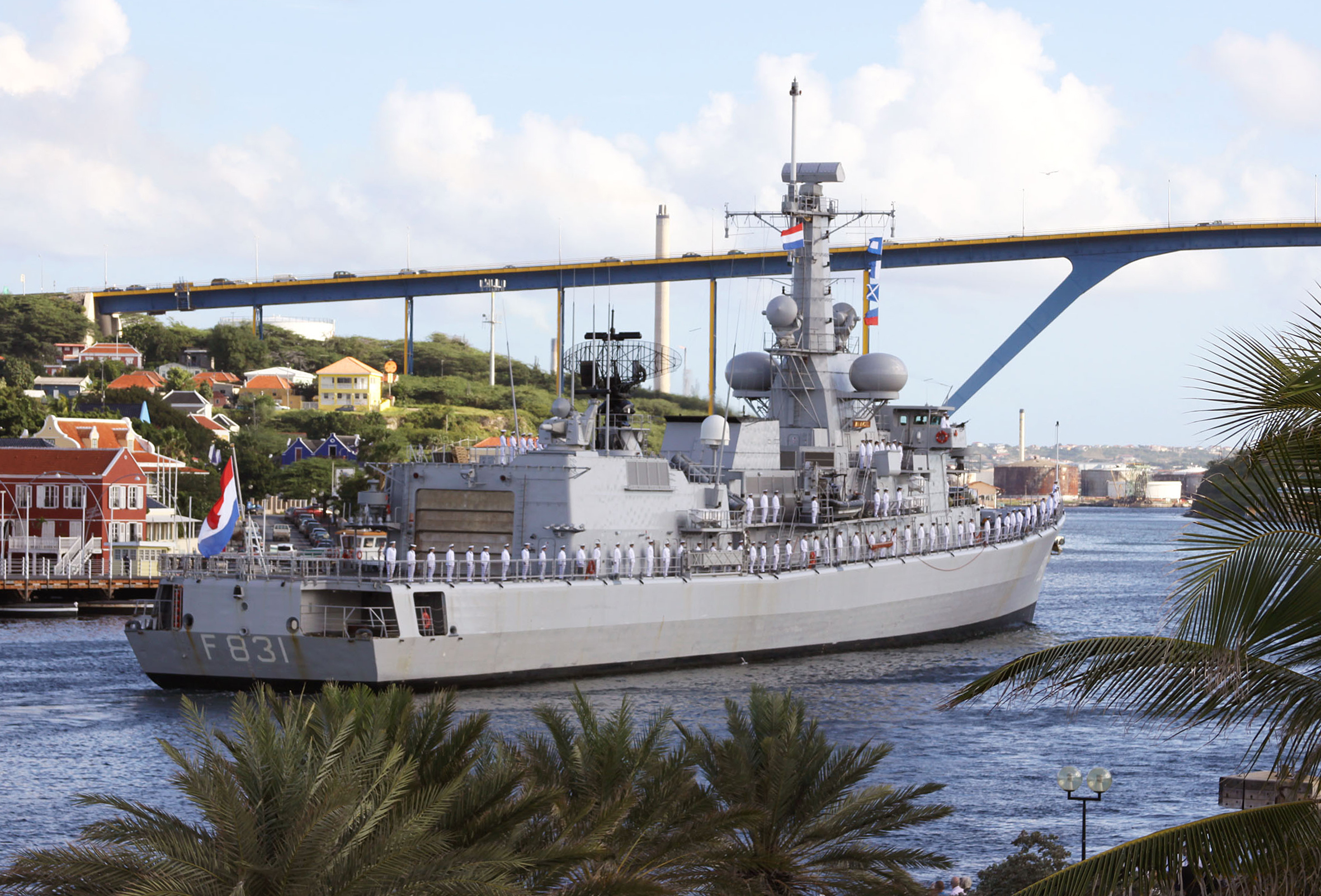 Invaders arriving to defend their colony?