Canada describes Express Entry as its flagship application management system for key economic immigration programs — the Federal Skilled Worker, the Federal Skilled Trades, and the Canadian Experience Class programs, as well as a portion of the Provincial Nominee program.

It evaluates candidates’ suitability for immigration according to their potential to contribute to the Canadian economy, and awards points for criteria such as level of education attained, proficiency in either English or French, or both, and a previous job offer. 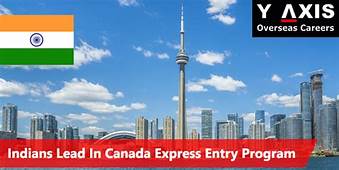 The first Jamaican to be granted Canadian permanent resident status under Express Entry was former Caribbean Island, Hanover resident Andrea Paisley, who immigrated with her twin boys Jordan and Jaeden in July 2015.

She reported that the family has adapted well to the changes in climate, the culture, and to the school; and work environments. Her sons are doing well in school; are engaged in multiple extra-curricular activities in school, church and the neighborhood; and have made new friends.

Canada will now welcome more highly skilled candidates whose skills and experience will help support and grow our economy,” the department said in an archived statement on its website where the changes were announced.

When Express Entry is combined with Canada’s other immigration categories — Family; Refugees and Protected Persons; and Humanitarian and other war victims

The Canadian government expects to welcome 1 million new permanent residents up to 2020.

US military struggling with recruitment failing to hit target in 2022

1% of the total global migrants?

Cheap labor slaves imported from countries where their military drops bombs to cause the migration?