Just this month, the United Nations and the Intergovernmental Panel on Climate Change issued a “code red for humanity” warning that we have reached a point of no return for global warming, and making fossil fuels a thing of the past is a matter of extreme urgency and complete necessity?

The move away from oil and toward clean energy tech, however, is facing a serious supply bottleneck: computer chips. Semiconductors around the world are failing to keep up with skyrocketing demand for the tiny little components that are now part of absolutely everything from your kids’ toys to your Tesla.

Not only did the fabricated Corona-virus pandemic catalyze the green energy transition, it also catapulted demand for consumer goods, especially electronics, into the stratosphere.

Some even pointed at the downing of the MH-370 to kill 4 Chinese businessmen which shared stocks, in a semiconductor company located in Austin Texas, with Jacob Rothschild.

The Malaysian Airways Boeing 777-200 eventually landed in Diego Garcia where it was dismantled at the same time Australia and the Netherlands staged a search and rescue diversion in another part of the world far away from the airline vanished.

This has left industries around the globe waiting in line for shipments of these essential ingredients while bigger and more lucrative clients get priority. And once again the geopolitical map is being redrawn; but this time, oil has nothing to do with it.

Semiconductors might be replacing the lucrative oil business in profits and that could make the 2020’s the new 1970’s,” Barron’s reported this week, drawing comparisons between the world’s reliance on the Middle East for oil to today’s reliance on North Asia for chips.

Around 80% of the world’s semiconductor production capacity is centered in the region, giving these states a newfound sway over the global economy and presenting the world with major potential risks and vulnerabilities in the supply chain of…well…absolutely everything.

In response, some world leaders have pushed to diversify the industry and ramp up chip domestic production, but the barriers to entering the market are significant.

Re-shoring any industry, including semiconductors, is a years-long process that requires billions in capital. There will be winners and losers. And if it goes on too long, it will filter into the prices of all kinds of goods.

While the chip shortage won’t last forever, the key role that chips play in nearly every supply chain imaginable is here to stay for the foreseeable future, and major structural and geopolitical changes are already long overdue.

The electrification of homes is touted as one way to reduce greenhouse gas emissions in the residential sector as the U.S. Administration aims for a net-zero economy by 2050. But going all-electric will not be as easy as it seems.

If the systems are not ready to handle more solar and wind power and if they are not upgraded, some areas in the U.S. could see the ultimate irony of all-electric homes being powered by electricity generated from more fossil fuels such as natural gas. 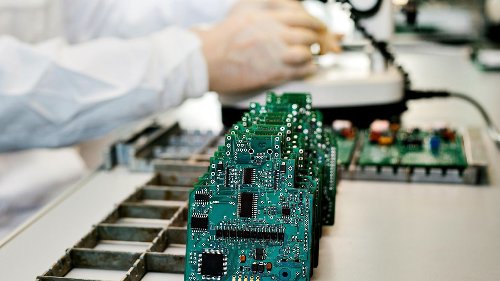 Pentagon denies Syria access to its own Oil Fields