As the Meteorological Office issued a red alert for most of the UK, including London, over storm Eunice, millions of people across the country have been advised to stay indoors, work from home and abandon all travel plans.

Earlier in the week, Storm Dudley, packing winds of up to 81 mph in in North Wales and 74 mph in West Yorkshire, left thousands of people in north-east England, Cumbria, and Lancashire suffering power outages and dealing with travel chaos.

The weather system began battering the west coast of England and southern Wales on Friday, packing winds of up to 145 kilometers (90 miles) per hour.

Eunice is expected to bring with it a rare and dangerous weather phenomenon dubbed a “sting jet”, which is a focused area of particularly destructive wind, reported the Daily Mail.

This weather event was last registered during the Great Storm of 1987, when hurricane-force winds caused casualties in the UK, France and the Channel Islands.

National Highways added that there was a “particularly high risk” that “vulnerable” and high-sided vehicles such as caravans and motorbikes could be blown over.

People using such means of transportation were warned against venturing out onto bridges and exposed highways throughout England. Throughout the red warning zone, the Met Office warned that roofs could be blown off, power lines brought down, and trees uprooted.

The last red weather warning was issued by the UK Meteorological Office over Storm Arwen in November 2021. Videos and photos have emerged online, showing the damaged roof of London’s O2 Arena. It was caused by strong winds currently battering Southwest England.

The UK Environment Agency also issued a statement warning coastal communities to brace for flooding as the storm coincides with the start of a period of spring tides.

Ten severe flood warnings are in place on the Severn Estuary and the Wye Estuary, with coastal flooding expected to the west, south-west and the south coast of England. Forty-foot waves are expected to hit Britain’s shores.

Schools across the worst-hit regions in the South West and Wales had earlier announced they would shut down on Friday. As for transport, Network rail warned of “inevitable” disruption.

According to South Western Railway, a speed restriction will be in place across its network. Planes at airports are also expected to be grounded. Storm Eunice comes as damage in the wake of Wednesday’s Storm Dudley is still being dealt with.

This winter was unusually warm in Britain and even now winds of Eunice are warm. I find it beautiful in love with extreme weather. 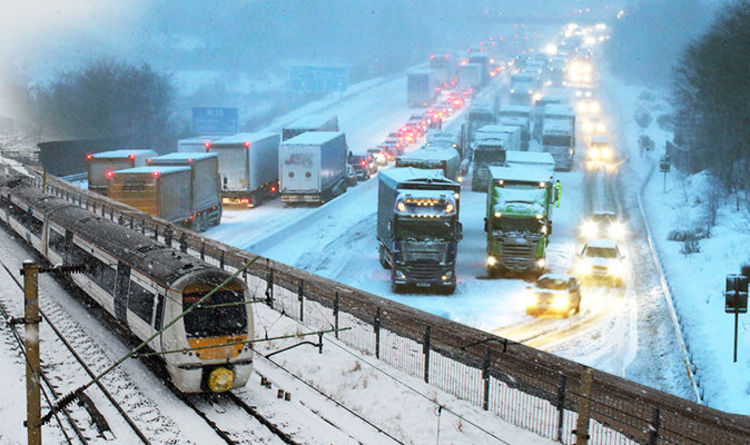 Nature is beautiful, most humans are not anymore?

For the first time, the Met Office has issued a red warning for wind, the highest level, even for London !!!