The US so-called President Joe Biden claimed credit for the ceasefire in Yemen in a weekend op-ed defending his upcoming trip to Saudi Arabia.

He did not comment on the recent report by the government watchdog GAO, which said that the State Department and the Pentagon stopped holding Riyadh accountable for how it used the US-supplied weapons against civilians, a prominent critic pointed out on Monday.

Biden had promised to completely disengage the US from the Saudi-led war on Yemen, but failed to do so, argued Juan Cole, professor of Middle Eastern and South Asian history at the University of Michigan.

The US has provided $54.6 billion in military aid to Saudi Arabia and the United Arab Emirates (UAE) since they began bombing Yemen in March 2015, Cole pointed out.

US law requires recipients of American military aid to avoid harming civilian non-combatants, but Cole said the Saudi-led coalition has flouted that requirement and pointed to last month’s report by the Government Accountability Office (GAO) showing that the US government did not bother enforcing it, either.

Neither Saudi Arabia nor the Houthi rebels in Yemen credited Washington with the ceasefire that first went into effect at the end of March. It has since been extended through at least early August, though both sides have accused the other of not fully abiding by its terms.

In April, the Wall Street Journal reported that US-Saudi relations were at their worst since 1945, citing the Biden administration’s personal criticism of Crown Prince Mohammed bin Salman over the 2018 killing of dissident Jamal Khashoggi.

Last week, the International Committee of the Red Cross (ICRC) released a report on the humanitarian situation in Yemen, with its author Basheer Omar calling it unimaginable horror.

Two thirds of Yemen’s estimated 30.5 million people lacked access to basic healthcare and more than four million have been displaced by the fighting, the report said.

According to the UN, Yemen is the world’s worst humanitarian crisis, which resulted in over 377,000 deaths by the end of 2021. More than two-thirds of the casualties were under the age of five.

While Biden himself used the UN phrasing in his oped, he has not spoken up in support of a bipartisan initiative in Congress to stop further US support to Riyadh not just in terms of weapons but intelligence and maintenance support and thereby compel the end to the war.

I do not know that the number was up to 377,000 deaths by the end of 2021, this is just genocide. It will only get worse as well as another report states “1 mother and 6 newborn babies die every two hours”; which I just find horrific. 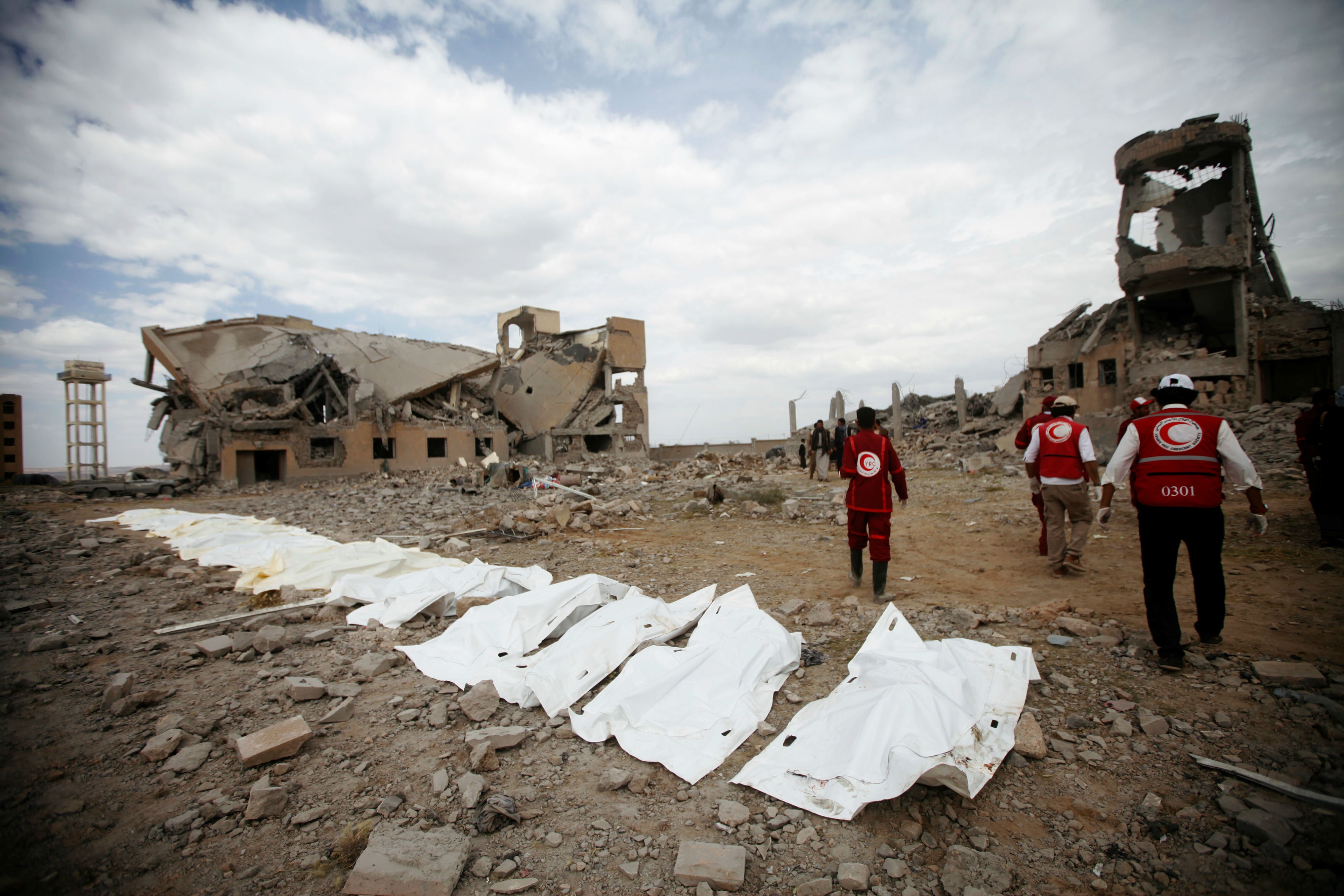 Why on earth would the Saudi crown prince do ANYTHING for Joe? He said his goal was to destroy all fossil fuels! I’d give him 10 minutes to leave or behead him!

$54 billion to slaughter innocent souls. 300,000+ dead yet not ONE sanction against the west. People are slowly waking up although it appears it may be too late.

I do not know how the USA/UK can continually ship arms to Saudi Arabia- zero morals and how each can lecture other countries on democracy when they have none themselves .
Complete lack of Humanitarianism -absolutely disgusting !!
No wonder both were friends with Hitler in the 1930,s .

Sweden First To Ditch The Euro