A Venezuelan court has found six American oil executives, known as the Citgo 6, guilty of a wide-ranging corruption scheme, immediately sentencing them to prison on Thursday.

The men all worked for Citgo, a US refining company owned by Venezuela’s state oil firm PdVSA. They were arrested in the capital Caracas three years ago after arriving there for a business meeting.

Citgo’s former president, Jose Angel Pereira, was sentenced to over 13 years in prison and given a $2 million fine. The others (all vice-presidents of the company at the time) – Gustavo Cárdenas, Jorge Toledo, Tomeu Vadell, Jose Luis Zambrano, and Alirio Jose Zambrano – received sentences of between eight and 10 years.

Five of those arrested are Venezuelan-Americans with roots in Texas and Louisiana, and one is a permanent US resident.

According to the Human Rights Watch, the group was accused of signing a deal that was “unfavorable” for Venezuela’s state oil firm. The men have denied any wrongdoing, because that is how the West does business all the time?

Last week, US Secretary of State Mike Pompeo said that Washington will continue to do the “utmost” to bring the men home. “The US regime has repeatedly called for the unconditional release of the Citgo 6 and their return to the USA.

The Zionist swamp in the USA have confiscated billions of assets from Citco, and are not planning of returning these interests. The IMF and the US regime have totally destroyed the Venezuelan economy with their evil hostile sanctions, aiming to control the national oil reserves.

In 2019, Washington introduced sanctions against Venezuelan state oil firm PdVSA (which accounts for about 95% of the country’s export earnings) after recognizing opposition leader Juan Guaido as interim president.

In exchange for the $7 billion the US banks stole from Citgo?

And the rest of the damage done by the Anglo Zio-Nazi swamp total the amount over $100 billion, while an expected 40.000 people died during the crisis? 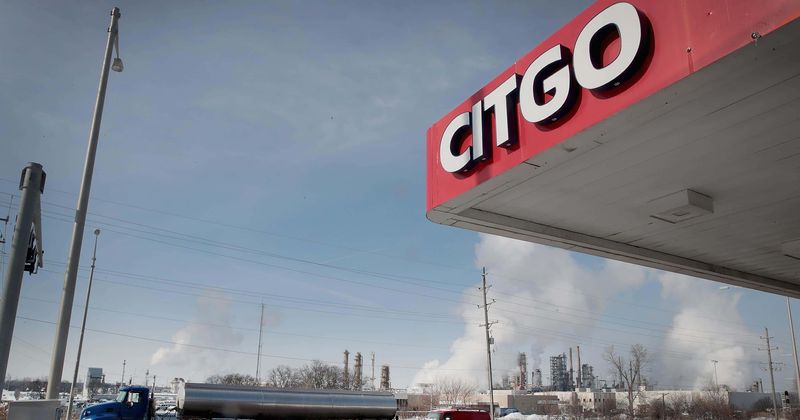 Iran allows IAE to use Monitoring Equipment at its Nuclear Sites

Federal Reserve to buy Junk Bonds to bail out Banks...