Home Asia USA wants to turn the Philippines against China

The USA has capitalized on its trade war with China, the threat of terrorism and the regional military threats allegedly posed by Beijing to keep longtime allies such as the Philippines from turning against Washington.

China is now the second-biggest defense spender in the world, losing out only to the USA, who is so far ahead of the game that it accounts for 36% of all global defense spending.

The rise of Beijing and Washington’s response to its ever-emerging preeminence in the South China Sea is putting traditional allies of both China and the USA in an increasingly interesting position.

One such ally is the Philippines. In October 2016, Philippines President Rodrigo Duterte was so emboldened by his newfound anti-American stance that he even dared the CIA to try to have him removed from power and ultimately assassinated.

At around the same time, his administration also made clear Duterte’s intentions to realign his country’s foreign policy away from a “shackling dependency” on the USA and all US military forces in the southern region of the Philippines “have to go.”

Duterte announced his separation from the USA while declaring that it was China, the Philippines, and Russia against the world. He even agreed to set aside an international tribunal’s ruling in favor of the Philippines against China, in an apparent effort to keep Beijing onside.

This is true for many other regional allies of Washington who hold a strong distrust for Beijing’s activities in the South China Sea and beyond, such as Vietnam, Taiwan, and Malaysia – Vietnam being the largest projected beneficiary of the trade spat.

Most importantly, the trade war has shown Duterte that he cannot risk putting all of his eggs in one basket, and inevitably will have to at least maintain a decent relationship with the USA.

China was well on its way to dominating local battle theaters (part two of its supposed three-stage plan), getting to such an advanced state of military readiness that war over the South China Sea or even Taiwan would be too costly for the US regime to pursue.

The Philippines will be building its first military base on Y’Ami Island on the most northern tip of the country.

The remote, uninhabited island is a mere 80 miles away from Taiwan and geo-strategically faces a key waterway that connects the Pacific Ocean, the East China Sea and the South China Sea.

A Russian warship and a US warship came extremely close to colliding with each other, with both sides disputing which part of the sea the incident took place in Philippine Sea as the USA suggested, or the southeast of the East China Sea as Russia claimed. 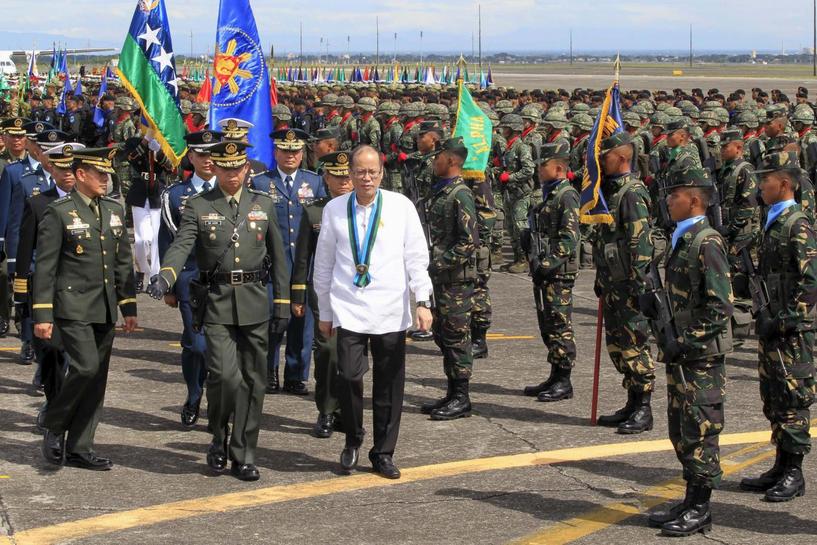 While the Philippines ultimately will want to maintain a balance between the USA and China which does not involve putting its territory at the heart of open conflict, another point worth noting is how the Philippines has been pursuing stronger military ties with an unlikely Washington ally, who undoubtedly has separate motives of its own: Israel.

Israel and the Philippines seem set to move forward with joint counter-terrorism efforts, all the while the Philippines places large orders for a range of military equipment from Israeli firms.

Believe it or not, the forging of an Israel-Philippines relationship is somewhat fairly recent, as Duterte is the first Philippines president since bilateral ties were first established between the two nations in 1957 to visit Israel.

The time for that type of destiny has expired?

No more collaboration with the empire of evil?