The Japanese military and the US military have discussed putting intermediate-range ballistic missiles on Japan’s southwest islands with the goal of achieving integrated leverage against China.

The USA has received numerous warnings from China not to increase its military posture in Asia and the Pacific region, but the US military still aims to deploy mid-range missiles in Japan aimed at China.

Beijing claims that the military presence of the US contributes to the unrest in the region, while the Biden administration has increased its cooperation with allies, noting this as one of the main goals in the region.

Japanese forces and the US military have been putting pressure on Prime Minister Fumio Kishida’s government since 2021 to support Washington’s plan to deploy missiles to deter China by bolstering construction of the first Island chain.

If Washington assembles its Multi-Domain Task Force’s (MDTF) ground-based intermediate-range missiles, prioritizing their deployment in the first island chain, this could be a significant security risk for the Asia-Pacific region.

Admiral John Aquilino, commander of the US Indo-Pacific Fleet, and Koji Yamazaki, head of the Joint Staff of the Japan Self-Defense Forces, visited the military base construction sites in the southwest islands of Japan in November last year.

World War 2 nuked Japan and the US regime even stated the US military and Japanese forces would steadily increase the share of military facilities on Japan’s southwest islands.

Although the Kishida government has not yet taken a final public decision on such a deployment within the nation, Japan’s self-defense forces have already significantly increased preparatory measures for the deployment of US mid-range missiles.

The deployment of ground-based intermediate-range missiles does not reportedly require extensive infrastructure at the site, as opposed to the THAAD anti-missile system the USA deployed in South Korea.

Instead, the MDTF may manufacture the missiles elsewhere and quickly station them in US-Japanese military bases. 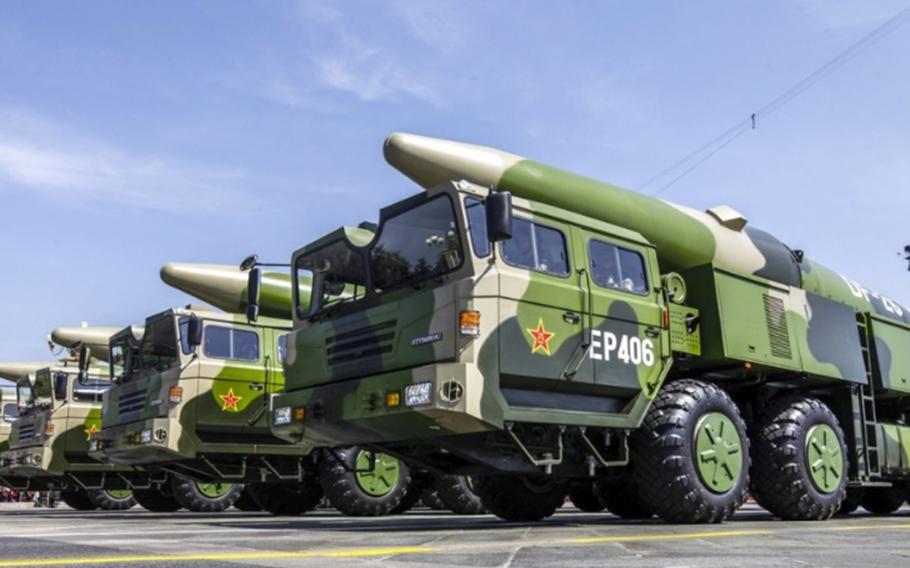 Chinese military analyst Song Zhongping told the outlet the placement of land-based mid-range missiles in Japan would gravely jeopardize China’s national security and enable the US to expand its aggresive influence in the region.

In recent years, as tensions over Taiwan, the South China Sea, and military dominance in the Indo-Pacific region have increased, China has significantly improved its military infrastructure, and its grounds in the area.

Chinese warships have been patrolling the waters near Okinawa – where the majority of US forces are stationed in Japan – during the past few years in an effort to purportedly reduce US military hegemony as an extra regional force in the western Pacific, according to reports.

Japan has leveraged this perceived Chinese military threat from China to brandish its own.

However, at the same time, the US relies on Japan and South Korea, its other major ally in the area, to back efforts to counter China in its pursuit of strengthening its increasing role in the Asia-Pacific region.

China will have to make up its mind as it has allowed anti-Russian news to be broadcast as relating to Ukraine but the USA will just keep on pushing China like it did Russia till China has to act or give in. China keeps thinking of “middle ground ” did that help Russia ?– NO !

China want to take over the world, but need Russian military technology to accomplish that. On the other hand I think the USA is also beneficial to them, as long as the dollar is the global reserve currency?

China wanting to” take over the world ” is a USA made perspective -dont you remember US Big Business outsourced its manufacturing to China because shareholders made bigger profits doing so -its a self inflicted wound – even the US president(s) admitted it was a wrong move.
I am glad you put a question mark at the dollar being world reserve currency as also you must know with the BRICS this is changing and when it affects the petrodollar that’s when US Unilateralism fails.