Prime Minister, Imran Khan, who this past weekend was removed from power after a vote of no confidence in the Pakistani Parliament who had grown increasingly wary of the former cricket star’s criticism of US policy in the region and the world.

The constitutional crisis which brought down Imran Khan will shape how Pakistan will fit into a new world order that is emerging from the fallout of Russia’s incursion into Ukraine. At the heart of Pakistani crisis is the worsening of the country’s relations with the USA.

Secretary of State Antony Blinken stated that the US regime does note do not have a strategy of regime change in Russia or anywhere else for that matter. However the IMF and the US administration somehow orchestrated the downfall of the Pakistani PM.

This relationship has always had an element of tension that had been covered over through the maintenance of an alliance of convenience which emerged in the aftermath of 9/11.

Pakistan permitted the US military to transport their troops and weapons through the Kyber pass to Afghanistan under the pretext of Pakistan and the USA found common cause in the defeat of radical Islamic fundamentalism in neighboring Afghanistan.

The inability of the US-led coalition to defeat the Taliban in Afghanistan led to a growing bitterness inside Pakistan, creating the conditions for Imran Khan’s rise to power in 2018.

Khan was supported by the Pakistani military and intelligence services who, like Khan, had grown weary of an American never ending war in Afghanistan which had bled over onto Pakistani soil, leading to tens of thousands of Pakistani deaths and domestic unrest.

The current sour state of USA-Pakistani relations more fully manifested itself after the withdrawal of US military and NATO forces from Afghanistan in August 2020, and the subsequent Taliban victory.

It was furthered when, on the eve of Russia’s incursion into Ukraine, Khan visited Moscow for a high-profile meeting with Russian President Vladimir Putin.

The meeting had been planned months prior, long before to the Russian decision to carry out its military operation in Ukraine.

According to a statement made to the Pakistani Parliament on the eve of its no-confidence vote, the outgoing Foreign Minister, Shah Mahmood Qureshi, a close political ally and vice-chairman of Khan’s Pakistan Tehreek-e-Insaf party was advised by the USA.

From the Pakistani point of view, the purpose of the delegation was to advocate dialogue and diplomacy, with Pakistan remaining a neutral party to the Russia-Ukraine conflict.

At the heart of Khan’s push to avoid a no-confidence vote in the Parliament was his assertion that the USA has promised severe consequences for Pakistan if Khan was not removed from office through Parliamentarian action. 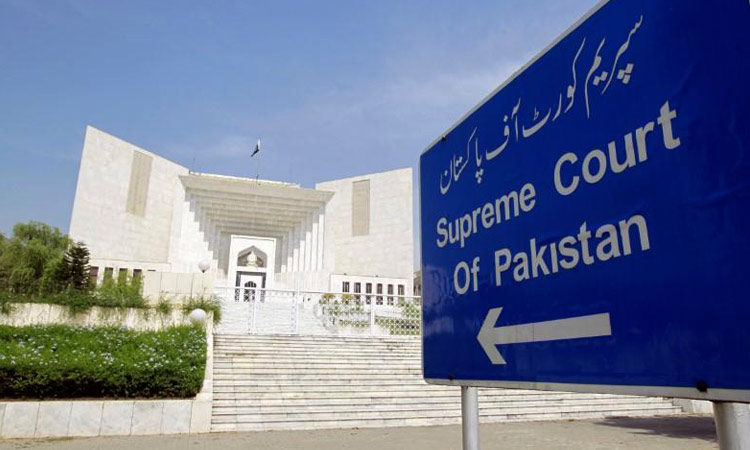 Khan’s political opponents have questioned the constitutionality of these actions, and the case was subsequently heard by the Pakistani Supreme Court. The Supreme Court eventually ruled against Khan, paving the way for the vote of no-confidence.

Even with this set-back, Khan was not yet finished with his bid to try and hold onto power. Recognizing the reality that any challenge to the Supreme Court’s ruling is doomed, Khan sought to bring the powerful Pakistani Army and intelligence services on his side.

Khan issued orders to replace the incumbent Chief of the Army Staff, General Qamar Javed Bajwa, with the former Inter-Services Intelligence (ISI) chief, Lieutenant General Faiz Hameed, who had been appointed as Peshawar Corps Commander back in October 2021.

Hameed was seen as someone who was more sympathetic to Khan’s position that the US regime was interfering with the internal affairs of Pakistan.

Pakistani politics is a rough and tumble sport that leaves many of its participants bloodied, imprisoned, or dead. Khan’s tumultuous tenure as Prime Minister was no exception to this rule.

Many of Khan’s problems were derived from his failure as a politician, leading to economic difficulties in Pakistan that undermined his popularity.

Khan opted to exploit his populist approach to governing by using the collapse of the US position in Afghanistan to promulgate policies which sought to break with Pakistan’s history of leaning toward the West.

These policies put him at odds with the Army and his political opposition, creating the ideal conditions for the implementation of classic US “soft power” tactics which rely on using US economic extortion to achieve a domestic political result.

To claim that the USA was solely responsible for Imran Khan’s political demise is to depart from reality—Khan, in playing the anti-West populist card had sown the wind, and the negative reaction from the Army and the Pakistani population was the whirlwind he subsequently reaped.

On the other hand, simply writing off Khan’s claims of undue influence is premature. To pretend that the USA did not seek to exploit Pakistani domestic turmoil to push Khan from power likewise ignores the reality of US regime change policy today.

Soft-power regime change is about not being obvious—it is by design intended to exploit domestic political frailties and weaknesses to produce an outcome that shields the USA from direct blame.

Hence the characteristic non-denial denials, where Washington doesn’t deny the Sullivan and Lu interactions with their Pakistani counterparts, only the malign intent attached to those conversations by Imran Khan.

While the no-confidence vote that removed Imram Khan from power has not been formally designated as a color revolution, it achieved the same result.

Simply put, if the US diplomatic interventions were, as Khan claimed, intended to hasten his departure from office, it would be regime change by any other name, despite Antony Blinken’s denials to the contrary.

The fact that this conclusion is up for dispute can either be linked to the imagination of Khan, or the effectiveness of the US government in creating plausible deniability.

One fact that is not in dispute is that the USA is relieved not to have to deal with Pakistan’s populist former Prime Minister going forward.

He don’t reflect and share Sunni values. I’m surprised he’s there in the first place if that is the Sunni bias in Pakistan.

Israel plans to let Pakistan sell nuclear weapons to Saudi Arabia, so they can nuke Iran?

The USA is a republic, but under the parliamentary system, had the leader dissolved the government in Pakistan before the non-confidence note was called for, I’m fairly certain he could have called an election as he wished to. But once the non-confidence vote was tabled, it was too late to save face by avoiding the vote. Nevertheless, in the parliamentary system, it is not normal for any leader chosen only by parliament, to govern for any lengthy period without seeking a mandate from the voters by holding an election. Britain is interesting because the cabinet is able to vote out… Read more » 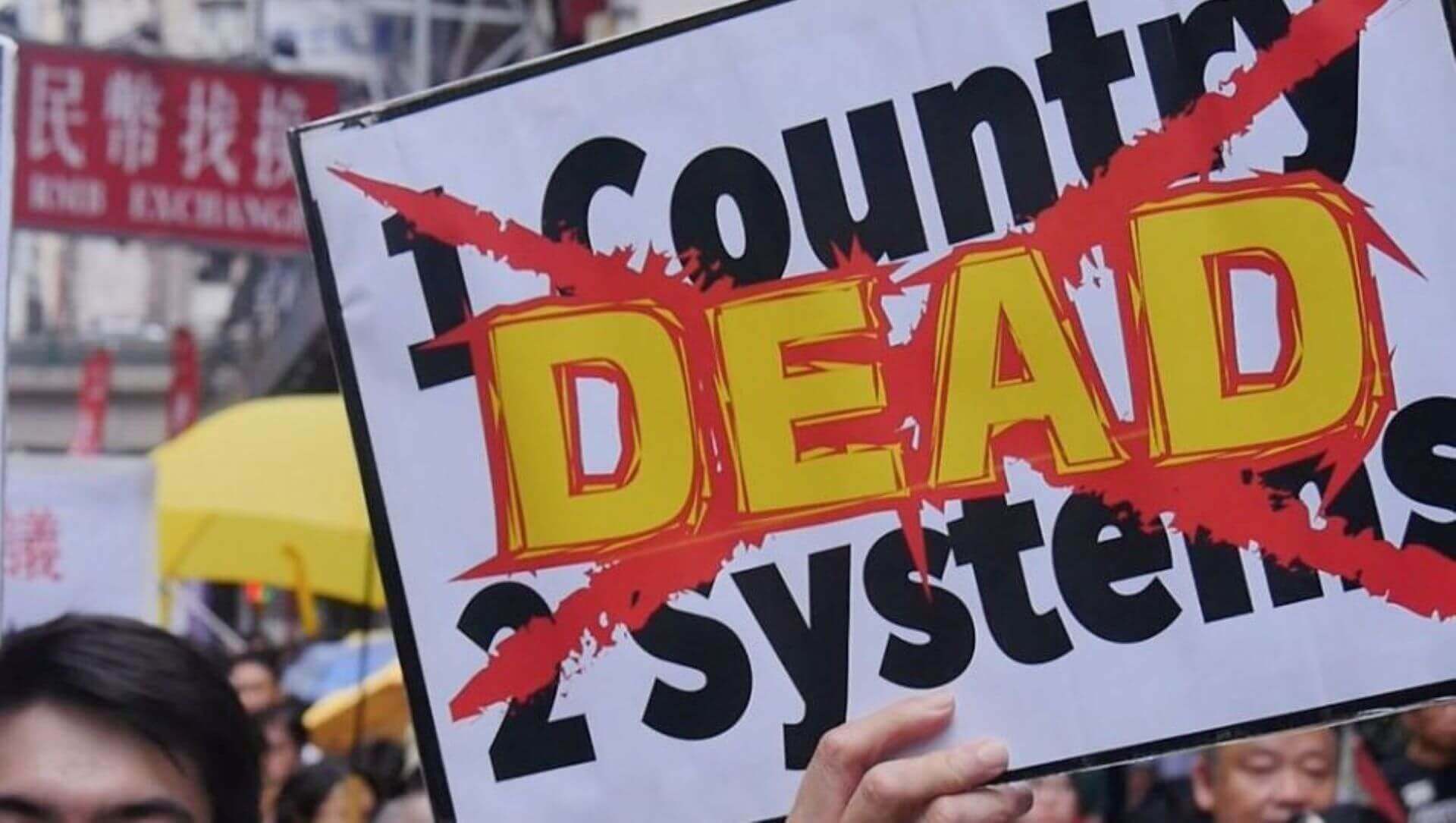 Like Iraq, Libya, Egypt, Yemen, Afghanistan (before), Vietnam, et cetera, and even the likes of gone-to-the-dogs Brazil and Ukraine, if the US says (lies) that it is/was not involved (meddling) then you can bet your bottom blood-soaked petrodollar that it is/was.

Bunch of liars all together, that is how they make money?