The USA continues to recognize the authority of the democratically elected 2015 National Assembly as the last remaining democratic institution and Juan Guaidó as Venezuela’s interim president.

We welcome the expired agreement reached to extend the authority of the National Assembly elected in 2015 and of interim President Guaidó as its president.

It was a mistake to recognize Guaidó when he had some fig leaf of legitimacy three years ago, but to continue the charade now several years later when he and his allies have even less influence and standing than they did before is truly absurd.

The chief problem with recognizing him as “interim” president then was that he had no effective control over the state he was supposedly leading.

There was initially a belief among regime changers that defectors from the military would lend their support to the cause, but this never amounted to more than a trickle, and the few that threw in their lot with Guaidó were then left high and dry by the amateurish would-be coup attempt.

Since then, the opposition has only lost ground. Fewer governments recognize Guaidó today than recognized him in 2019, and his approval rating in Venezuela is abysmally low.

As Francisco Rodriguez points out, the “interim” president has no real democratic or constitutional legitimacy. Guaidó’s claim is tenuous both legally and politically.

He has never won a national election, his term as legislator expired more than a year ago, and his poll numbers are as low as Maduro’s.

In addition to lacking legitimacy, he also lacks power inside the country. The military remains firmly on the side of Maduro and his allies. U.S. regime change policy has utterly failed to reach its goal, but it has still managed to inflict horrifying damage on the population.

The central idea of this “maximum pressure” approach – implemented by Trump and Biden both through economic sanctions and by the transfer of control of confiscated Venezuelan government funds to Guaidó’s interim government – is that depriving the country of the funds needed to sustain its economy will bring about regime change.

It hasn’t, and it won’t. It will simply contribute to worsening the country’s humanitarian crisis, fuel animosity toward the United States, deepen opposition divisions, and weaken civil society. 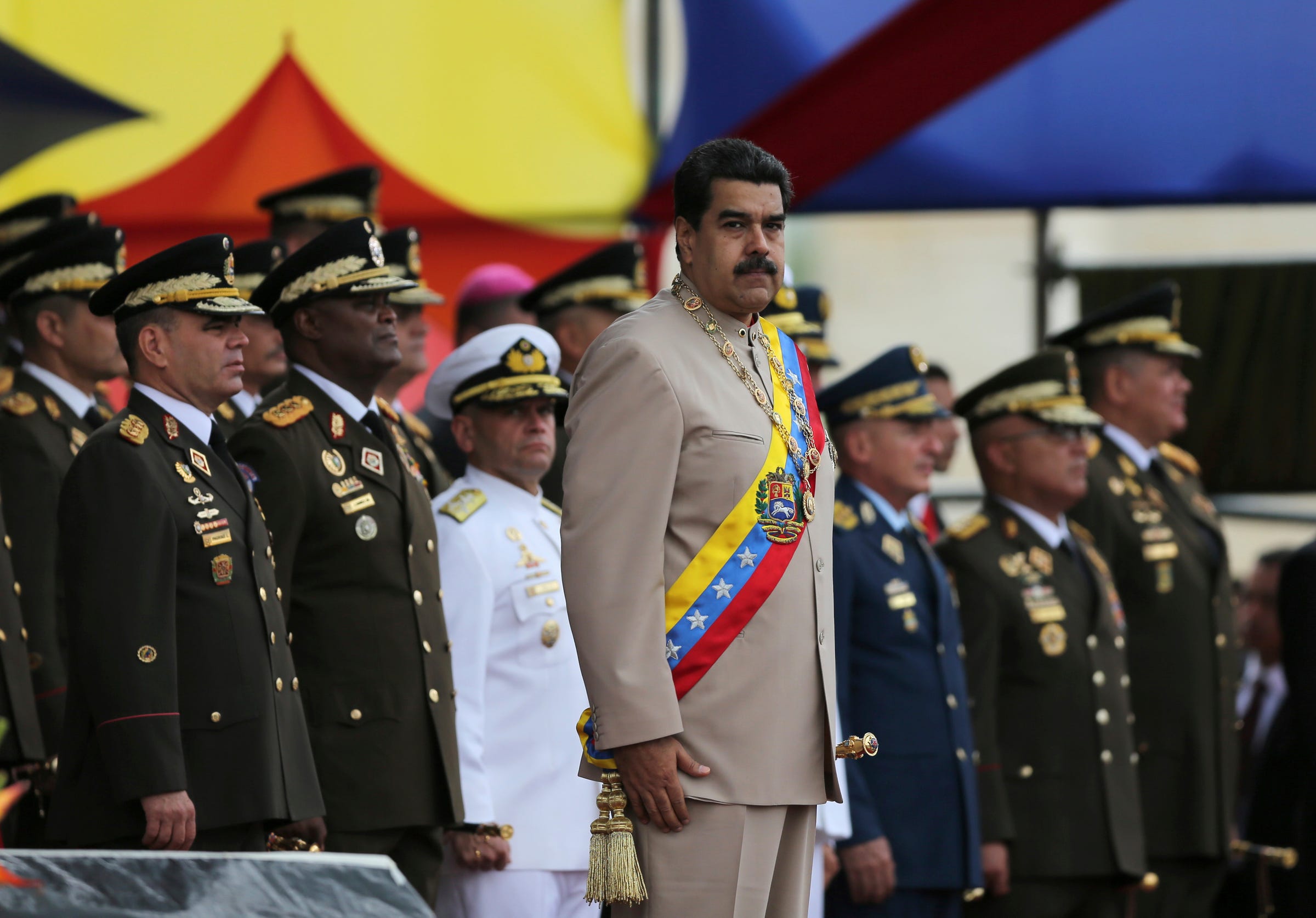 Sanctions apologists have tried to muddy the discussion by arguing that it is Maduro and not sanctions that are to blame for Venezuela’s plight.

This argument is fallacious and disingenuous. No serious scholarly work has ever tried to deny that Maduro’s policies contributed to the country’s economic crisis.

The United States should be seeking to design policies that do not increase Venezuelans’ suffering, instead of just arguing that it is not causing as much damage as Maduro.

The people suffering from the sanctions are under no illusions about who is responsible for their added hardship, and they naturally oppose the policy that is strangling them. According to Rodriguez, 76% of Venezuelans oppose U.S. oil sanctions, while 53% have a negative view of Biden.

Biden chose to keep the policy essentially unchanged. Cruel sanctions seem to be some of the only things that survive from one administration to the next. There is still time for Biden to change course, but judging from the administration’s latest endorsement of Guaidó he has no intention of doing that.

It falls to members of Congress, activists, and the public to insist that the U.S. stop crushing the Venezuelan people with economic warfare.