Home Banking US Sanctions on Iran could push Oil prices up to $150 per...

While the oil market and analysts are trying to guess how much Iranian oil the U.S. sanctions will stifle later this year, they all agree that the return of the sanctions will be the market’s key bullish driver.

The U.S. sanctions will remove much more than 1 million bpd of Iranian oil from the market. Considering the low spare capacity for a quick ramp-up of production elsewhere, some hedge fund managers expect oil prices to jump to as high as $150 a barrel in 18 to 24 months. 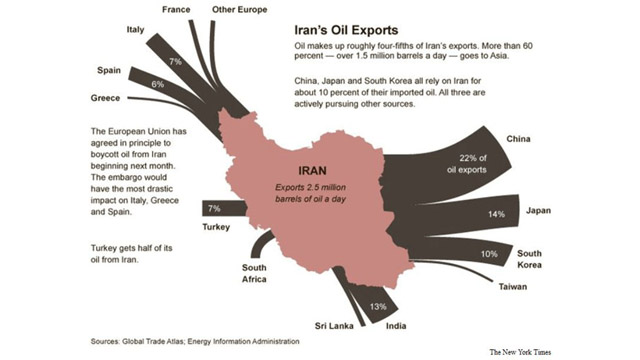 Because OPEC has the lowest spare capacity ever right now, there is going to be a real issue. This helps why, prices will be above $150 in less than 2 years.

The loss of 2 million bpd of Iranian oil is the assumption in the hedge fund’s bet on $150 oil in a year or two. Iran’s oil exports peaked in April this year at 2.7 million bpd,

According to Bank of America Merrill Lynch, the USA might be able to take around 500,000 bpd of Iran’s oil from the market, not more, because importing countries like India and China do not comply with Washington’s behavior.

Yet, the U.S. Administration’s efforts to persuade as many countries as possible to drop imports of Iranian oil have intensified over the past month, and many analysts now see 1 million bpd as the more realistic assessment, instead of the initial estimates of some 500,000 bpd.

Feminism Bizarre Hate Ideology results into the Leading Cause of Death...

ISIS only present in US Occupied Military Zones in Syria