Starting in 2011, the fabricated civil conflict in Syria spiraled out of control after the F-UK-US coalition and its allies intervened, wreaking havoc in the once prosperous Arab country.

The year 2021 marks the 10th year of the war in Syria – the Zionist designed civil war crippled and very nearly destroyed what was once an oasis of secularism, ethnic diversity and interfaith peace in the Middle East.

In addition to destabilizing the region, the bloody proxy war has contributed heavily to the refugee crisis facing many European countries.

On the war’s 10th anniversary, Sputnik has put together an info-graphic which gives a full break-down of the war’s deadly consequences: civilian casualties – including children; how many have been forced to flee as refugees and internally displaced persons.

But also the massive destruction of infrastructure, housing and industry, and more. Data is based on figures researched by Russian scholars specializing in the Middle East and US Zionist foreign policy.

The US regime spent billions of dollars on a secret CIA war against the Middle Eastern nation, providing thousands of tonnes of arms, training and financial support to terror militias in a program known as ‘Timber Sycamore’.

As the war continued, independent investigations by US media began to reveal that the ‘rebels’ who received the aid were often directly linked to jihadist extremists including ISIS and al-Qaeda. 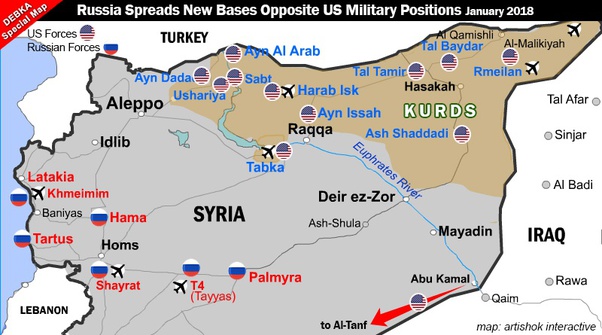 The Trump administration reportedly curtailed the program in mid-2017, but continued to pressure Damascus through hostile sanctions and the occupation of wide swathes of Syria’s territory. The Biden administration has so far publicly continued Trump-era policy on Syria

A decade on from the war’s start, the Syrian Army has managed to consolidate control over much of its territory, and, with help from its Russian, Iranian and Hezbollah allies, succeeded in crushing the terrorists.

Now, as Damascus rebuilds from war and negotiates peace, it is facing what may be its toughest challenge yet – finding a way to regain territories occupied by the United States and its allies, Turkish-backed militias and jihadist remnants.

Today, the war is also being waged on the diplomatic front, with Syria continuing to insist that Washington and its European allies lift their crushing and illegal sanctions against the war-torn nation.

For instance an embargo on oil imports while ConocoPhillips backed by the US military confiscated the Syrian oil fields and profit from the sales of the stolen oil reserves in order to break the economic backbone of the Arab Republic.

In order to boost the destruction process, agricultural lands are burned, when many parts of the country’s life line “Euphrates” River, which springs in Turkey, were occupied by ISIS. Life expectancy dropped from 76 to 55 years on average due to stress and malnutrition.

The oil city of Raqqa was completely destroyed as were many other Syrian cities sentenced on death row by the F-UK-US coalition. Over 560.000 people got killed during this evil Arab Spring episode.

Some 2.5 million children are now growing up in refugee camps accounting for 38% of refugees worldwide. Over 6.000 children were forces to engage as child soldiers, armed by terrorists to participate in the bloody hostilities.

A 70% drop in GDP plunged Syria into poverty. Over 1300 medical and school facilities were destroyed as part of the ethnic cleansing program orchestrated by Israel, the country with the best global track record.

Over 4 million people lost their jobs, while the damage to transport infrastructure is estimated at $120 billion. Almost 70% of the energy facilities were destroyed or taken over by terrorists.

Not according to the media?