The nuclear-powered submarine USS Albany has arrived in the harbor of Tromso in northern Norway in an unannounced visit. Nor is it known how long it will stay close to the Russian border.

The visit by the 110-metre-long USS Albany marks a change in policy by the Norwegian armed forces, which has stopped informing about port calls by nuclear-powered vessels amid controversial receptions and protests by locals.

Elisabeth Eikeland at the Norwegian armed forces’ operational headquarters described the visit as operational activity. The port of Tonsnes in Tromso has received several nuclear submarines over the last year, polarising Norwegian society.

According to Eikeland, the port call was not announced in advance like previous ones due to recent information restrictions. Likewise, she refused to comment on the duration of the visit.

In the past, the Norwegian military has always warned the public before the controversial submarine visits. No public meetings could be held due to the Covid-19 pandemic, which is why the military chose to be more open about it?

The 110-metre-long USS Albany is a Los Angeles class attack submarine, which forms the backbone of the US Navy’s submarine force. A total of 62 submarines of this class has been built, of which 41 are still in active service.

Tromso, Western Europe’s largest city above the Arctic Circle, is one of the Norwegian cities whose duty it is to receive Allied boats, and Tonsnes is one of two ports in Norway to receive NATO’s nuclear-powered vessels, even though the municipality initially said no.

The city’s contentious arrangement to receive nuclear-powered vessels has provoked reactions in Tromso. In January, demonstrations were held amid a port call by the USS Washington, because locals were anxious of a nuclear accident or leakage.

The reason for the strong reactions was that Tromso municipality basically lacked expertise or equipment to handle a possible accident with radioactive leakage that would entail health issues, death, or massive damage to the environment.

Nevertheless, a risk and vulnerability analysis by the military emphasized that the government would never have chosen Tonsnes if it had any doubts.

Reds party leader, Bjornar Moxnes, argued that the Defense Ministry underestimated and downplayed the consequences of a potential accident and suggested Tromso will thus become a major military target for foreign powers.

Cover picture look more like a group of Chinese submarines hanging around?

Here are some British subs hanging around in their home port graveyard.

The difference between British and Chinese submarine packs?

Last edited 1 month ago by Person of Interest
1
Reply 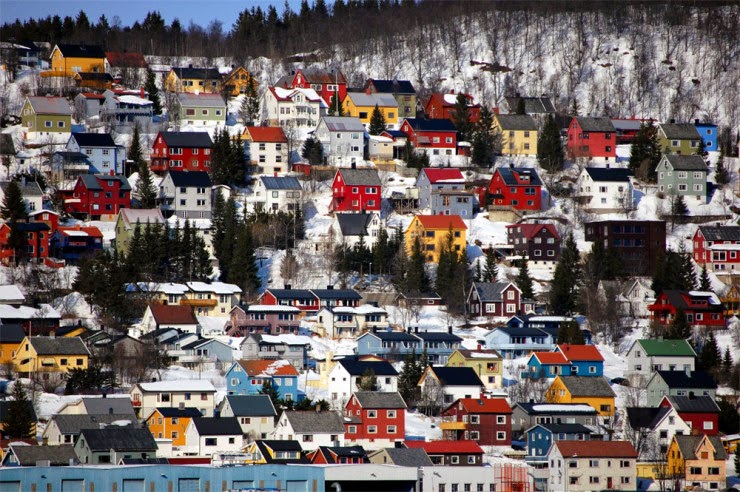 Pakistan has to deal with Radical protests