The US military base in Deir ez-Zor in Syria came under rocket fire today. Several rockets fell in the vicinity of the base without causing damage or any casualties.

The attack came less than 24 hours after President Joe Biden signed off on airstrikes against suspected Iranian-backed forces operating in eastern Syria.

However, a State Department spokesman warned that Washington would be prepared to take action once again if it’s necessary to advance our self-defense. Pentagon denied allegations that it is illegally smuggling, or that US troops are guarding oil and gas wells.

Earlier, CENTCOM, the unified combatant command responsible for US military operations in the Middle East, announced earlier that the US warplanes had carried out airstrikes targeting infrastructure facilities in Syria.

Unlike President Donald Trump, who openly admitted that US troops were in eastern Syria to take and keep the oil, the Biden administration has kept mum on American forces’ activities in the country.

Syrian President Bashar Assad praised Trump in 2019, saying it was good to at least have an honest enemy who doesn’t cover up US imperialism in Syria with pretty slogans.

The United States has been occupying chunks of Syria since 2016, hindering the nation’s ability to rebuild from a deadly, decade-long foreign-backed conflict.

Syrian officials estimate that the US regime and its Syrian Kurdish allies control some 90% of the country’s oil resources, and some of its richest agricultural lands.

The Syrian media regularly reports that the USA is smuggling food and oil out of the country via illegal crossing routes into Iraq, and sneaking convoys of military equipment and supplies in via the same routes.

Iranian Foreign Ministry spokesman Nasser Kanaani also blasted the USA over its continued violation of Syria’s sovereignty and territorial integrity, and emphasized that US troops’ continued occupation of wide swathes of the country’s northeast runs in contravention of international law.

The spokesman characterized the US’s counter-terrorism misleading pretext for its presence of Syria as a mere excuse for its indefinite occupation.

Syria enjoyed modest self-sufficiency from its oil, gas and agricultural resources before a foreign-backed conflict broke out in 2011.

However, since the start of the proxy war in Syria, the Arab nation has been forced to rely on Russian and Iranian food supplies and energy assistance amid US regime and European efforts to smother and choke off the country through sanctions and occupation. 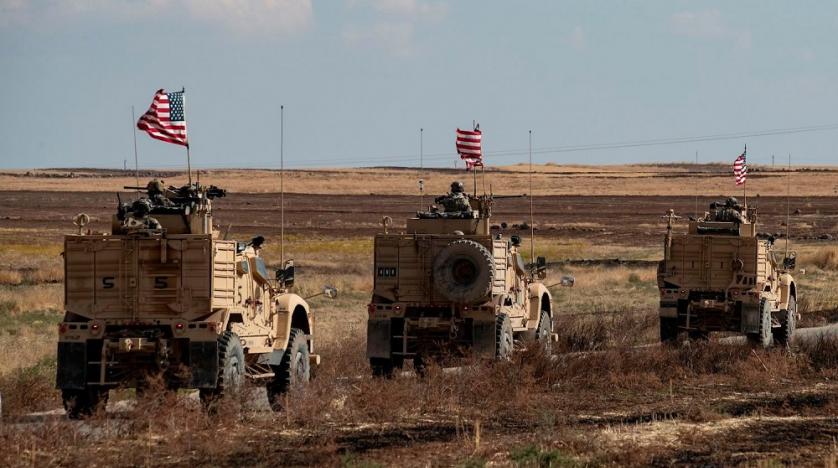 Cuba slams USA for ‘meddling’ in its Socialist Constitution vote