Kiev has allowed foreign mercenaries to come to Ukraine and fight against Russian troops in the central European country. However, some Western nations warned their active-duty military service members against responding to the call.

Nonetheless, Kiev claims some 20,000 foreign fighters from 52 different regimes have agreed to help its cause. Now, in response Russia is thinking to do the same.

Putin has agreed to a Defense Ministry proposal that Russia should allow foreign fighters to join the offensive. During a meeting of the National Security Council, he suggested giving them the green light.

Now, more than 16,000 foreign fighters, many of them from the Middle East and experienced in fighting against jihadists, want to go to Ukraine and join the forces of the Russia-backed Donetsk and Lugansk People’s Republics.

Russia believes it would be right to positively respond to those requests, especially since they are not doing it not for money, but because that is their wish. We know many of those people helped in the fight against ISIS at the most difficult time in the past 10 years.

President Vladimir Putin said he supported the idea, pointing out that Russia’s opponents in Ukraine were first recruiting foreign volunteers. The Western supporters of Ukraine, of the Ukrainian regime, don’t hide it, and do it in the open.

Kremlin spokesman Dmitry Peskov confirmed that the volunteers discussed at the Security Council meeting would come from the Middle East, and particularly from Syria. So far, there had been no discussion about allowing Russian citizens to go to the front-line in a voluntary capacity.

Russian troops had captured plenty of military hardware from Ukraine, including West-supplied anti-aircraft and anti-tank portable missiles, which the rebels could put to good use.

The Russian president also approved this proposal, saying he would sign the relevant orders if needed. The minister also raised the issue of NATO buildup in Eastern Europe, which has been done amid the hostilities in Ukraine.

The Russian military has plans on how to counter it, Shoigu reported. Putin said this issue required further deliberation.

Moscow intervened its neighbor in late February, following a seven-year standoff over Ukraine’s failure to implement the terms of the Minsk agreements, and Russia’s eventual recognition of the Donbass republics in Donetsk and Lugansk.

The German- and French-brokered protocols had been designed to regularize the status of those regions within the Ukrainian state.

Russia has now demanded that Ukraine officially declare itself a neutral country that will never join the US-led NATO military bloc. Kiev insists the Russian offensive was completely unprovoked and has denied claims it was planning to retake the two republics by force. 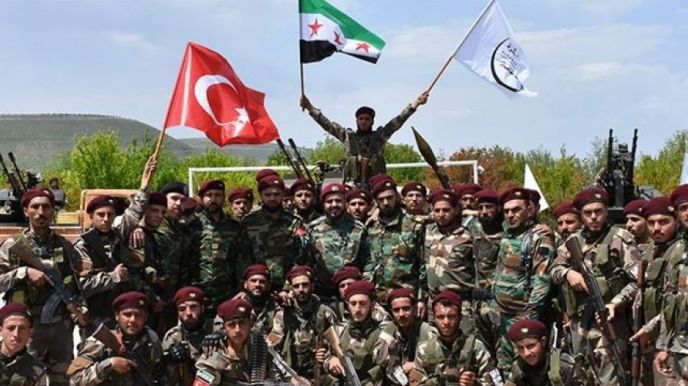