America’s production of fossil fuels is expected to hit a record high in 2023, as continued improvements in drilling efficiency in oil and gas and high enough oil prices will support increased output of all fossil fuels, including coal, the U.S. Energy Information Administration (EIA) said on Friday.

The combined production of fossil fuels—natural gas, crude oil, and coal—rose in 2021 by 2% to 77.14 quadrillion British thermal units, following a decline in 2020, when the pandemic hit.

The US administration expects fossil fuel production to continue rising both this year and next, exceeding 2019 production levels and reaching a new record in 2023.

Crude oil accounted for 30%, coal for 15%, and natural gas plant liquids (NGPL’s) for 9 percent. Those shares to remain similar through 2023.

Dry natural gas production rose by 2% last year in 2021, the administration estimates, and predicts that improvements in drilling efficiency and new-well production will contribute to production increases of 3% in 2022 and 2% in 2023.

Coal production last year is estimated to have jumped by 7% due to higher demand for electricity generation on the back of rising natural gas prices.

This year, coal production is set to rise by 6% as coal-fired electricity generators rebuild inventory levels. In 2023, coal production will rise by only 1% as demand for coal in the electric power sector declines.

We forecast that, in 2022 and 2023, crude oil prices will remain high enough to encourage growth in the number of active drilling rigs and continued improvement in drilling efficiency. 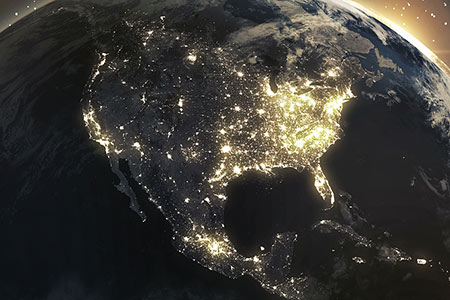 Trucks Travel From China To Europe In Just 13 Days