The Russian and Turkish armed forces conducted a joint patrol near the city of Qamishli in the northern countryside of Al-Hasakah in northern Syria this week.

The commander of the Russian convoy, Colonel Andrei Titov, told reporters on Friday that it is the 144th operation of the joint patrols in the implementation of the memorandum of understanding on Syria signed between Russia and Turkey in the city of Sochi in 2019.

He added that the patrol proceeded normally as the convoy traveled 95 km under the surveillance of helicopters belonging to the Russian Aerospace Forces.

About 70 soldiers and 10 pieces of military equipment participated in the patrol, including the Typhoon and Tiger vehicles of the Russian military police and Turkish Kirpi vehicles. 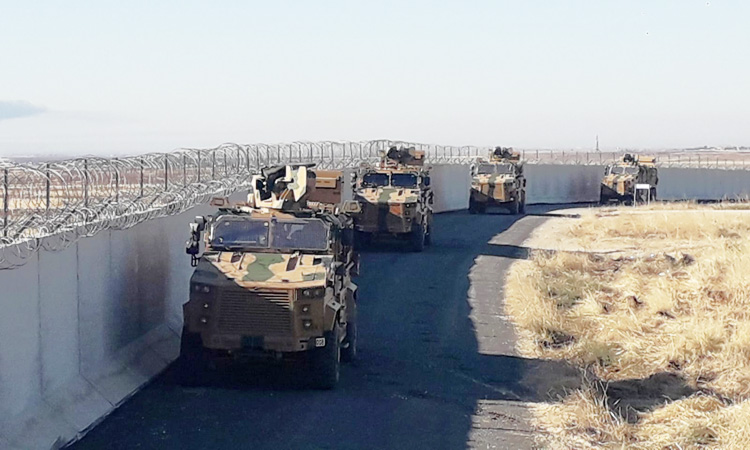 These latest patrols by the Turkish and Russian armed forces come at a time of increased friction between the former and the Syrian Democratic Forces (SDF) in the western countryside of the Al-Hasakah Governorate.

The Turkish military, who supports the opposition groups, and the Syrian Democratic Forces have exchanged hostilities on a number of occasions near the town of Tal Tamr, prompting the Russian Armed Forces to get involved and attempt to mediate a peace between the two opposing sides.

But the horror show must go on?

US Air Force continues to refuel Saudi Warplanes that are bombing...