The Turkish Navy will accept the delivery of TCG Anadolu, the largest and most formidable warship to join the fleet in over one hundred years.

However, Turkey’s defense procurement agency has unveiled an ambitious procurement plan for 2020, even as its economy seeks to recover from a recession and the government spends money fighting wars in multiple theaters, including Iraq and Syria.

Under the plan, the Presidency of Defense Industries, or SSB, said the Akinci, an attack drone built by Baykar, will be delivered to the military at the end of 2020. The Akinci successfully performed its second round of test flights.

Also this year, according to SSB, delivery of the Kamikaze drone Kargu-2 will begin. Under a contract with the state-controlled defense technologies concern STM, the Turkish government will acquire a total of 356 Kargu-2 drones.

Whether or not Turkey finally gets its hands on the F-35B, Anadolu will become one of the most important ships the Turkish navy has ever operated.

The missions she eventually undertakes will depend very much on political decisions in Ankara; how close to remain to the United States, how to manage tensions with Greece, and how to handle Russia.

But Anadolu is a useful enough platform that she can make an important contribution to any of these problems.

TGC Anadolu is the fourth ship built to the Juan Carlos design. Juan Carlos I entered Spanish service in 2010. The HMAS Canberra and HMAS Adelaide joined the Royal Australian Navy in 2014 and 2015 respectively.

The Spanish shipbuilding firm Navantia won the construction contract through a joint bid with the Turkish firm Sedef Shipbuilding Inc. Navantia supplied the core of the design, as well as construction expertise while Sedef facilitated the building of the ship in Turkey.

Sedef also arranged acquisition of mostly Turkish combat and support systems. Laid down in 2018, Anadolu should be ready for trials by 2021. Anadolu will displace 27.000 tons at full load, with a length of 761 feet and a speed of 21 knots. 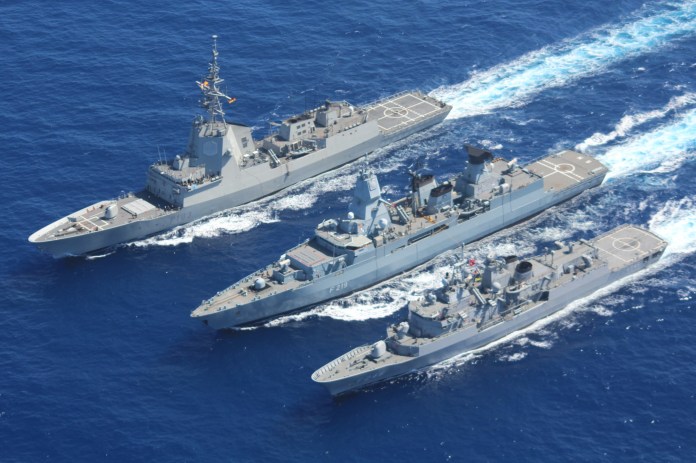 Turkey’s means of supporting Anadolu in a combat capacity are limited; the primary escort ships in Turkish service are three 3.000 ton frigates that lack the Aegis air-defense system.

Unless Turkey acquires larger air defense warships, Anadolu would best be served by cooperative task forces with other NATO navies. When operating close to home, Anadolu would also have the advantage of support from land-based air.

Turkey in the middle of several scrimmages?

Lawsuit against the Vatican for Looting Nazi Gold