The international banking institutions have decided to stop financing Turkey as a result of not supporting the US military coalition anymore. But the Turkish economy is facing problems of a sort it has dealt with in the past.

Which was a global crisis, that will again trigger a sharp fall in exports, coupled with a contraction of external financing.

Unlike in 2018, Turkey’s economy does not appear to be overheating, whilst the fall in oil prices and the emergence of a current account surplus are two factors that will reduce the risk.

Yet the relatively weak levels of currency reserves, the high level of external debt and the recent rise in non-performing loans are all significant risk factors.

Turkey is one of the last European countries to be hit by partial economic paralysis from COVID-19. Before the pandemic struck, economic growth had been accelerating including during the first quarter of 2020.

It is likely that there will be a substantial fall in exports, most notably in exports of goods and particularly vehicles. Turkey will probably also see a fall in tourist numbers in the summer of 2020.

Secondly, as the COVID-19 pandemic affects the country, Turkey will see a sharp fall in domestic demand, with a contraction in household consumption. The investment will return to a downtrend, and could close the year 25% below its mid- 2018 level.

In the end, Turkish GDP is likely to decrease by -2% in 2020. Once the shock is over, Ankara expects growth to rebound fairly strongly as of 2021.

As shown in the 2018 crisis, the depreciation of the lira in difficult times helps absorb the shock. A weaker currency pushes up the prices of imports, helping support local production.

The assumption that Turkish growth will prove relatively resilient is based on the country’s rapid economic policy response, with the announcement on March 17 of an arsenal of measures by the Central Bank backed by the announcement of a 100 billion Turkish lira fiscal package.

The first element of CB’s response was to cut its policy rate by 100 basis points, to 9.75%. This marked the continuation of a monetary easing cycle that began in July 2019 (cumulative 1425 basis points cut since then) and is now likely to continue.

The Central Bank then cuts its reserve requirement. Moreover, banks can use the Reserve Option Mechanism, which allows banks to keep a certain percentage of their lira reserve requirements in foreign currency or in gold. If needed, they can draw on these currencies.

Meanwhile, the Central Bank has introduced dollar, euro and gold swap lines (at a rate 125 bp below its policy rate).

It has announced 60 billion Turkish lira in credit lines to exporters and a 90-day extension of maturities for re-discount credits due to mature before 30 June, among other measures.

It also announced that it would buy government debt in order to help finance the growing unemployment benefit system deficit and that it would accept asset-back securities and mortgage-backed securities as collateral in Turkish lira and foreign currency Central Bank operations.

On top of this, the government extended the maturities on bank debt at all companies affected by COVID-19 by 90 days.

Other major measures included the deferral by 6 months of VAT and social security contribution payments for the worst affected sectors and the doubling from 25 billion Turkish lira to 50 billion lira of the loan guarantee fund.

It is likely that fiscal policy will remain highly supportive, particularly in tackling the social impact of COVID-19 (unemployment, healthcare costs), given that unemployment remains high.

Given the fiscal measures announced, and the expected adjustment of the automatic stabilizers, the deficit is likely to reach 7% of GDP, taking government debt towards 35% of GDP by the end of 2020.

Whilst this would be a significant increase, the absolute ratio remains relatively low.

The Turkish policy mix is focused on maintaining significant credit growth; as a result, it is highly likely that the Central Bank will continue to cut its policy rate, maintaining negative real interest rates.

The Turkish lira looks set to continue its depreciation trend with a significant likelihood that it will once again break through the threshold of 7 Turkish lira per dollar before the end of 2020.

A contraction of capital flows is also likely. If the rollover rate of the external debt of non-financial and banks is at least 70%, the downward pressure on currency reserves should be kept under control. 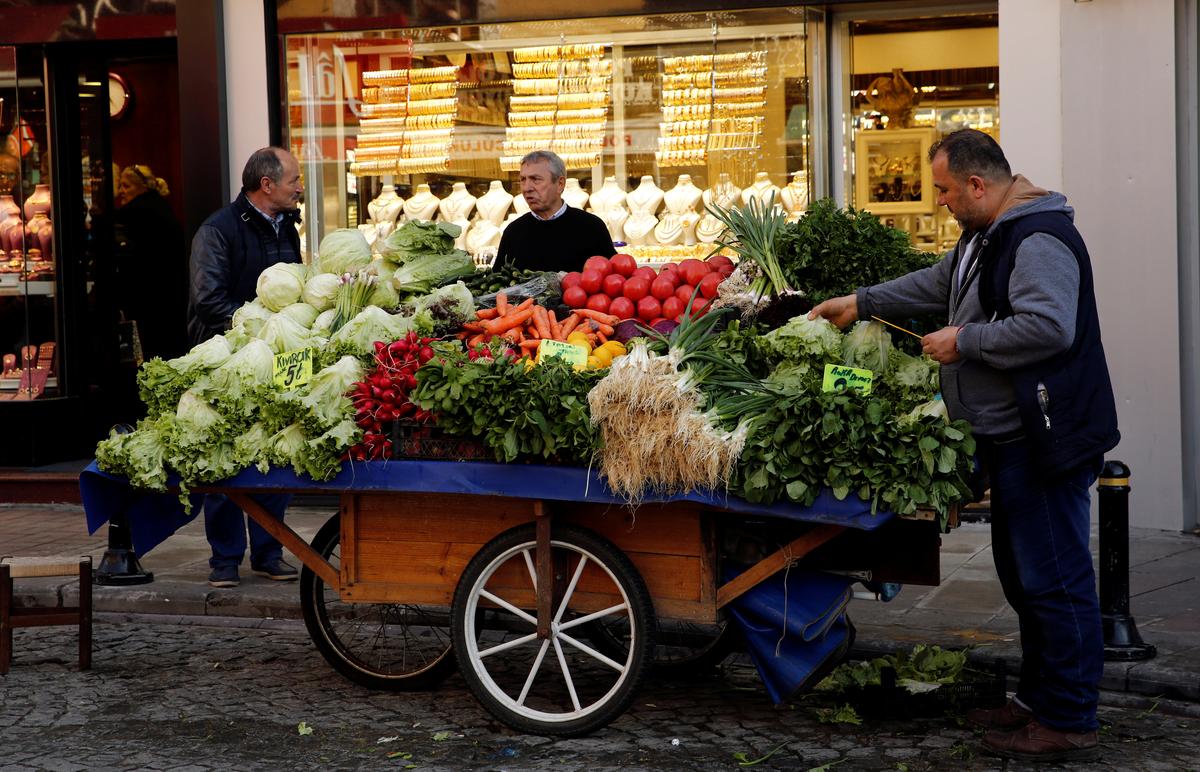 With just $2 billion in payments on dollar-denominated bonds, pressure on foreign currency liquidity will not come from the public sector.

Instead, it could come from Turkish banks and non-financial companies, with payments due of $10.5 billion and $12 billion respectively. Any difficulties in refinancing future payments could further increase credit risk.

Turkey will overcome the organized financial pressure once again as Turkey now know how the other players, think, act and respond to Ankara’s independent policy.

Turkey will not fall for the Zionist blackmail conspiracy.

It is a way to protect cultural freedom?

France calls Killing of Opposition in Mali a Big Victory