Home Aliens The Story of the Dead Sea Scrolls

Worship at the sacred Jerusalem Temple had become corrupt, with seemingly little hope for reform. A group of devoted Jews removed themselves from the mainstream and began a monastic life in the Judean desert.

Their studies of the Old Testament Scriptures led them to believe that God’s judgment upon Jerusalem was imminent and that the anointed one would return to restore the nation of Israel and purify their worship.

Anticipating this moment, the Essenes retreated into the Qumran desert to await the return of their Messiah. This community, which began in the third century B.C., devoted their days to the study and copying of sacred Scripture as well as theological and sectarian works.

As tensions between the Jews and Romans increased, the community hid their valuable scrolls in caves along the Dead Sea to protect them from the invading armies. Their hope was that one day the scrolls would be retrieved and restored to the nation of Israel.

In A.D. 70, the Roman general Titus invaded Israel and destroyed the city of Jerusalem along with its treasured Temple.

It is at this time that the Qumran community was overrun and occupied by the Roman army. The scrolls remained hidden for the next two thousand years.

In 1947, a Bedouin shepherd named Muhammad (Ahmed el-Dhib) was searching for his lost goat and came upon a small opening of a cave. Thinking that his goat may have fallen into the cave, he threw rocks into the opening.

Instead of hearing a startled goat, he heard the shattering of clay pottery. Lowering himself into the cave, he discovered several sealed jars.

He opened them hoping to find treasure. To his disappointment, he found them to contain leather scrolls. He collected seven of the best scrolls and left the other fragments scattered on the ground.

Muhammad eventually brought some of the scrolls to a cobbler and antiquities dealer in Bethlehem named Khando. Khando, thinking the scrolls were written in Syriac, brought them to a Syrian Orthodox Archbishop named Mar (Athanasius) Samuel.

Mar Samuel recognized that the scrolls were written in Hebrew and suspected they may be very ancient and valuable. He eventually had the scrolls examined by John Trevor at the American School of Oriental Research (ASOR).

After the initial discovery, archaeologists searched other nearby caves between 1952 and 1956. They found ten other caves that contained thousands of ancient documents as well.

Three types of dating tools were used: tools from archaeology, from the study of ancient languages, called paleography and orthography, and the carbon-14 dating method.

Each can derive accurate results. When all the methods arrive at the same conclusion, there is an increased reliability in the dating. Archaeologists studied the pottery, coins, graves, and garments at Khirbet Qumran, where the Essenes lived.

Scientists, using the radiocarbon dating method, dated the scrolls to range from the fourth century B.C. to the first century A.D. Since all the methods came to a similar conclusion, scholars are very confident in their assigned date for the texts.

Fragments from every Old Testament book except for the book of Esther were discovered. Other works included apocryphal books, commentaries, manuals of discipline for the Qumran community, and theological texts.

The majority of the texts were written in the Hebrew language, but there were also manuscripts written in Aramaic and Greek.

Among the eleven caves, Cave 1, which was excavated in 1949, and Cave 4, excavated in 1952, proved to be the most productive caves. One of the most significant discoveries was a well-preserved scroll of the entire book of Isaiah.

The famous Copper Scrolls were discovered in Cave 3 in 1952. Unlike most of the scrolls that were written on leather or parchment, these were written on copper and provided directions to sixty-four sites around Jerusalem that were said to contain hidden treasure.

So far, no treasure has been found at the sites that have been investigated.The oldest known piece of biblical Hebrew is a fragment from the book of Samuel discovered in Cave 4, and is dated from the third century B.C.

The War Scroll found in Caves 1 and 4 is an eschatological text describing a forty-year war between the Sons of Light and the evil Sons of Darkness.

The Temple Scroll discovered in Cave 11 is the largest and describes a future Temple in Jerusalem that will be built at the end of the age.

Indeed, these were the most ancient Hebrew manuscripts of the Old Testament ever found, and their contents would yield valuable insights to our understanding of Judaism and early Christianity.

The Dead Sea Scrolls play a crucial role in assessing the accurate preservation of the Old Testament. With its hundreds of manuscripts from every book except Esther, detailed comparisons can be made with more recent texts.

Until the Dead Sea Scrolls were found in 1947, the oldest Hebrew text of the Old Testament was the Masoretic Aleppo Codex which dates to A.D. 935.

One of the most important Dead Sea documents is the Isaiah Scroll. This twenty-four foot long scroll is well preserved and contains the complete book of Isaiah.

The scroll is dated 100 B.C. and contains one of the clearest and most detailed prophecies of the Messiah in chapter fifty-three, called the “Suffering Servant.”

Although some Jewish scholars teach that this refers to Israel, a careful reading shows that this prophecy can only refer to Christ.

If a significant amount of differences were found, we could conclude that our Old Testament Text had not been well preserved.

Critics, along with religious groups such as Muslims and Mormons, often make the claim that the present day Old Testament has been corrupted and is not well preserved.

According to these religious groups, this would explain the contradictions between the Old Testament and their religious teachings. 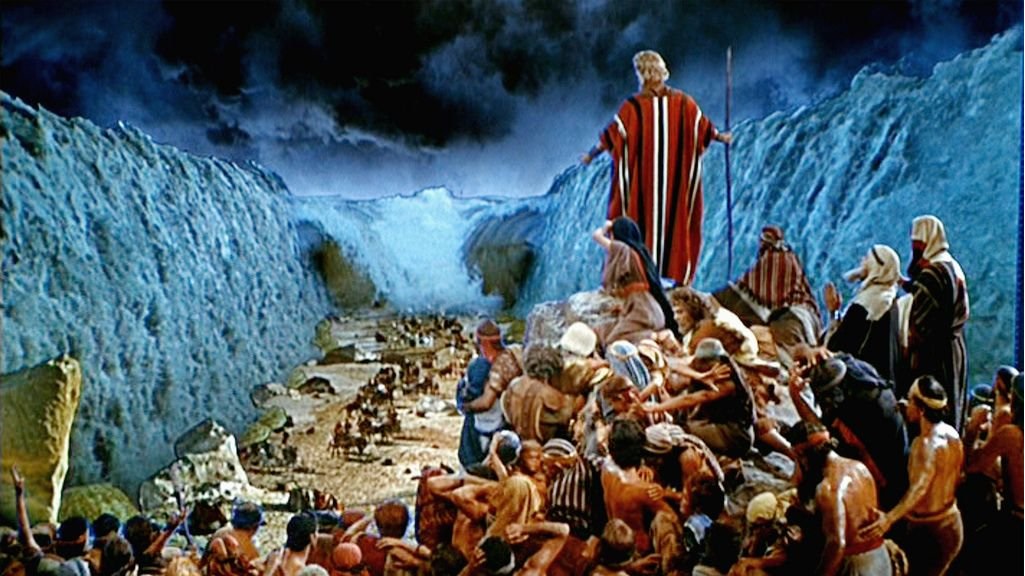 According to the Babylonian Talmud – Sanhedrin 38b Adam spoke Aramaic but the Talmud is totally religiously racist . Jesus certainly spoke it. The Essenes a Jewish sect existed in Roman times and into AD 100 ,they practiced an almost classical Communism in their daily rituals as far as equality and sharing was concerned –while supposition is used to “join ” Jesus with “The Prophet to Come ” its surprising no actual mention of Him are actually in the Scrolls .I think Josephus mentions him ? I say this as many Orthodox Jews belief that ” the Prophet of God… Read more »

How many times is the name Israel used in the Bible?

In a literal answer to your question –over 2000 times but I think you mean my comment on Orthodox Jews , in that sense –the Religious sense of Palestine being “Israel ” will be recognised when He arrives .

Obviously non-religious Jews dont hold that view–as I pointed out in a previous post much less than 1 % of Jewish DNA in Israel can be related back to the Ancient Hebrews unlike many Palestinians who have several percent going back to Ancient ancestors.

Khazar’s Converted to Judaism-en masse they were not original Hebrews -their DNA is mostly Turkic.

The same story with Russia and the Palestinians?

Russia building Emergency “War Cloud” to Back Up Internet in the...