India is a diverse nation with complex geography and sets an example for the world with its various cultures and traditions. In India, there are many ancient and great temples around the nation, each with its own set of customs, rituals and traditions.

One from many such truths is the lost city of Dwarka which has closed his eyes with all the mysteries and is waiting for the correct time to be unveiled. Dwarka is a town located in the coastal state of Gujarat in Jamnagar district.

City of Dwarka is directly linked to India’s history and Lord Krishna’s life. It is one of the places from the chaar dhaam yatra and every year crores of pilgrims visit this place.

Dwarka has existed since Dwaparyug and continues to stand as a solid pillar, as recorded in all historical writings such as Skanda Purana, Vishnu Purana, Shrimad Bhagwad Gita, and Hariyamsha.

Dwapar yug, as per the Sanatan celestial calculation ended at around 5200 BC and is approximately 7200 years old and Yes, it is much older than the Harappan civilization.

Dwarka has been the Karma land of Lord Krishna, who is the 8th avatar of Lord Vishnu. Lord Krishna was born in the city of Mathura but he moved to Dwarka after killing his uncle Kansa for the atrocities he was committing.

Lord Krishna built the city of Dwarka and in Mahabharata Dwarka has also been called as Krishna’s city.

Dwarka submerged into water due to various reasons. Dwarka being a magnificent city, What was the reason that it got submerged into the sea? Why did the city go underwater?

Legends say that it happened because of Gandhari’s curse that Dwarka city was destroyed and submerged into the sea. Gandhari was Duryodhan’s mother and King Dhritlashtra’s wife.

As a consequence of this curse, the Yadav clan began fighting amongst themselves, which eventually escalated into a full-fledged war. Lord krishna’s sons died in the battle and the city of Dwarka got destroyed.

Many experts and scientists who have been researching on Dwarka for years. Experts such as Y S Rawat, the former director of the state archaeological department, claim that a tsunami struck 3500 years ago, submerging numerous cities including Dwarka.

A marine scientist discovered remnants of an underwater civilization near the coast of Dwarka in the 1970’s. Following that, in the year 2002, scientists discovered an extremely advanced civilization of an ancient past lying untouched beneath the ocean’s surface.

With the help of sound matrix, image technology and sub bottom profiling marine scientists were able to find the exact location of the city including some stone structures.

The lost city of Dwarka was found 120 feet underwater in the Gulf of Cambay/Cambhat off the western coast of India.

The most amazing thing about this underwater city is that all the human remains are still intact. Dwarka has been mentioned in Indian ancient scriptures and because it is also linked to Lord Krishna’s life, many people have been interested in knowing the facts.

Even the scientists are doing research have been very surprised with the findings. What’s surprising them the most is that these findings from Dwarka city are more than 5000 years old from many ancient sites that have been found in the past.

Many scientists were astonished by the discovery of these evidences. The discovery has put modern science many years behind and has made the world conscious of a vast string of human history.

Scientists had divided Dwarka into two parts. Bet Dwarka is the area near the water’s surface where Lord Krishna is said to have lived with his family.

Dwarka is also known as Shankhodhara. “Shankh” means conch, and scientists discovered many artifacts made of conch shell while conducting research.

In this excavation of Dwarka many mud vessels, temple bells, artifacts were found. These artifacts appear to be from a temple or city, and carbon dating indicates that they date from 7,200 BC, or the Prehistoric period.

At the time of research scientists also found a massive man made wall of about 550 Meters, that has been unearthed at the time of low tide and can be easily seen.

As per Oceanology, Experts claims that some portion near Bet-Dwarka which is now underwater was submerged into the water at a later stage, but not at the same time as the main city of Dwarka.

Through research it was found that because this area was very near to the coast there have been signs of recent construction there and it goes back to as recent as around 3500 to 1500 BC similar to the time of the late Harappan civilization.

The main Dwarka city is still underwater in 2 or 3 km’s deep into the sea. It is believed that this is from where Lord Krishna administered his kingdom. It is revealed from the carbon dating of artifacts found here that it is almost 7500-9000 years old and went underwater due to a 5000 year old tsunami.

Scientists found many copper bells, vessels there which may used for ritualistic purposes during olden days. Scientists also found some strange structures made of iron near Dwarka which have been sent to a lab in for further testing.

After all of this, there are many artifacts and objects that are still lying underwater, and further investigation might be conducted on them.

The first excavation was done in 1930 and the location was found, after which due to some reason the research was completely stopped.

After 1930, the next research started around 1969-70 in which lots of information was found, but once again the research was stopped by the archaeologists.

And the most recent investigation began in 2002, with scientists using more equipment than in 1970, and they discovered plenty of unexpected and astonishing revelations, but this exploration was also halted by the central government.

It is very surprising that even after getting so much evidence why the research team stopped their work and why such an important site is not being researched properly?

The world still doesn’t know the complete truth behind Dwarka and is very eager to know the same.

Wouldn’t it be appropriate if the Government of India established a crew of archaeologists and gave them the freedom to explore the Dwarka site so that the truth might be revealed?

Once the truth is out it will reveal a completely new dimension of the history of Indian subcontinent and will be helpful for the entire human race. 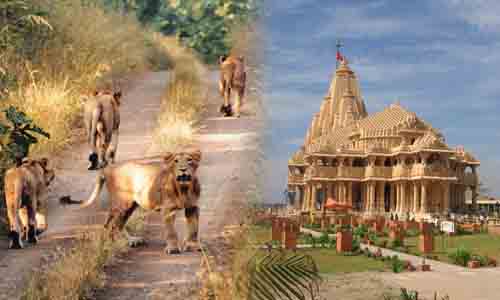 The glacial melt has caused the sea levels to drop and then rise again several times in the last 12,500 years. 12,000BP was the peak and coldest time with sea levels 450 lower than today. Around 10,400BP there was a drastic warm up which caused one flood and two or three more cycles of cooling and warming with the last being around 5,000BP.

Historical artifacts indeed show how continents were under and above water levels at certain times on planet Earth?

War promoting US General says no Russians died in WW 2