Home Conflict The Confusion of a Growing Information War over Ukraine

Fierce battles and political tensions have been swirling around Eastern Ukraine in recent weeks. But at times, it’s not even clear who is party to the conflict, and the confusion is at the heart of a growing information war.

The UN-approved Minsk agreement for settling the conflict only identifies the two domestic conflicting parties – Kiev and the two self-proclaimed breakaway Donbass Republics, in Donetsk and Lugansk.

Russia insists the deal should be implemented, and classes the war as a domestic conflict, while NATO continues to present the conflict as solely a rivalry between Ukraine and Russia, undermining the pact.

For more than a thousand years, Russians and Ukrainians have been connected by a common history, and for several centuries have even been part of the same state.

The close history with Russia has produced two incompatible national identities and paths to nation-building. The pluralist view considers Ukraine a bi-ethnic, bi-cultural and bi-lingual state, while the monist view envisions an integral nationalism in which there is only one ethnicity, one culture, and one language at its core.

Broadly speaking, most of the Western Ukrainians view the shared history with Russia as an imperial legacy to be overcome, and are thus deeply suspicious of the Eastern Ukrainians.

Similarly, most of those from the east consider the close ties with Russia as a fraternal bond, and are distrustful of those in the West with their strong ethno-nationalist approach to nation-building and fascist-aligned history. 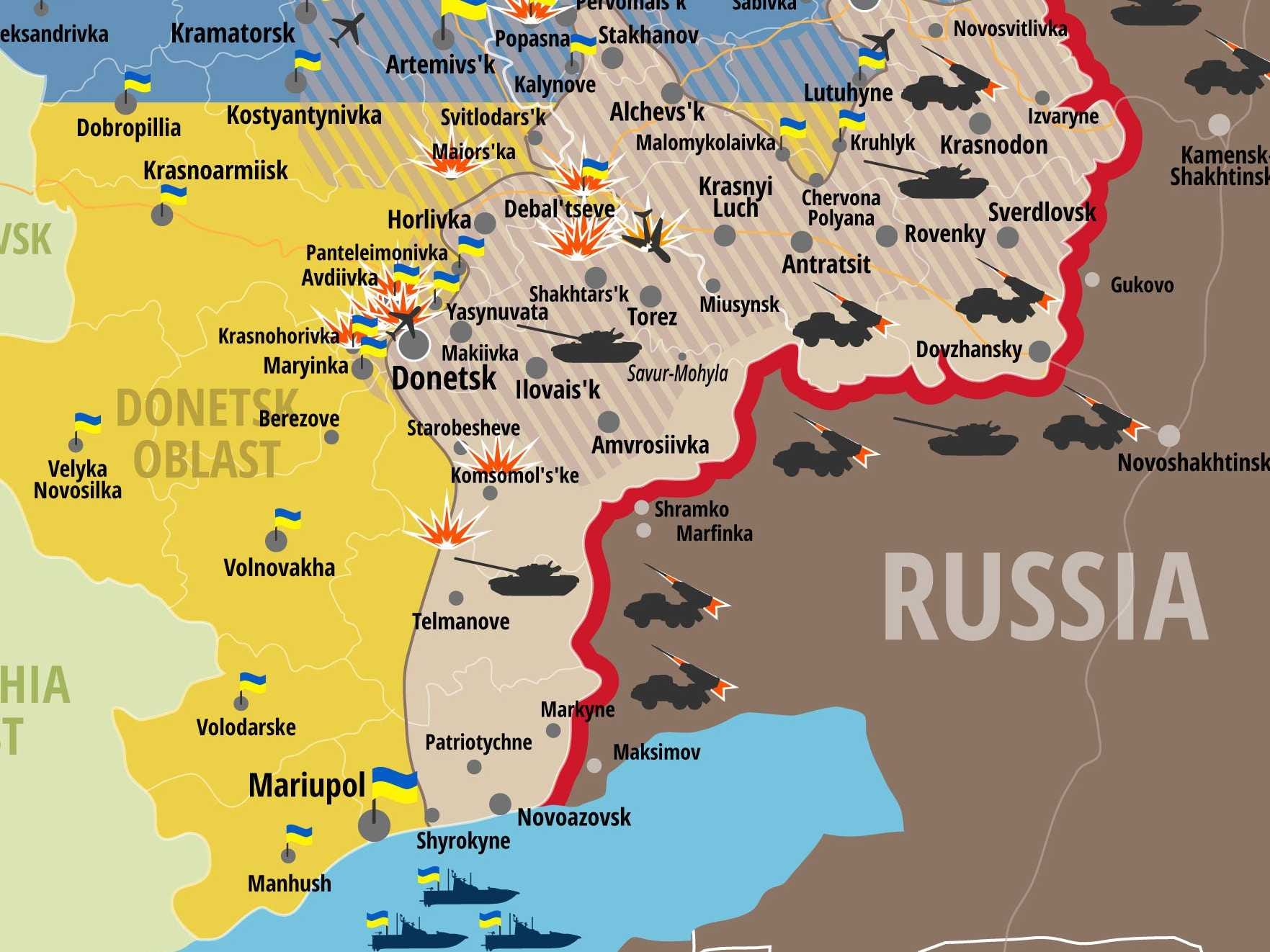 There has subsequently only been one solution to these internal contradictions – to establish Ukraine as a sovereign state independent of Russia, but not on an anti-Russian platform.

Ukraine’s future is complicated further as it also stands at the border of a divided Europe. A mutually acceptable post-Cold War settlement was never reached as the West excluded Russia from the new Europe.

Subsequently, a zero-sum and Orwellian concept of “European integration” was promoted in which all European states must decouple from Russia as the largest state in Europe, and instead look to NATO and the EU for leadership.

Simply put, the West and monist ethno-cultural nationalists of Ukraine are fellow travelers in terms of an exclusionary approach to nation-building and region-building: A Ukraine that suppresses Eastern Ukrainians, integrated into a Europe cleansed of all Russian history and influence.

A war could easily become unavoidable. At the domestic level, Eastern Ukrainians who protested the legitimacy of the Western-backed Maidan in 2014 were attacked by the new authorities in Kiev. At the regional level, Russia will not stand by if Kiev, armed by NATO, attacks Donbass.

Furthermore, Russia considers NATO expansion into Ukraine an existential threat, and will oppose it much like the US could not accept Soviet missiles in Cuba in 1962. NATO now proclaims it is “standing with Ukraine,” although in reality NATO has set Ukraine on a path to its own destruction.

The Minsk agreement of 2015, approved by the UN, defined the war as a domestic conflict with domestic solutions. The agreement stipulates that Kiev must engage diplomatically with Donbass to grant the region autonomy, and only thereafter will the breakaway leaders give Kiev control over Ukraine’s international borders.

Besides addressing the competing views of nation-building, the solution of federalism also resolves the region-building issue, as the decentralised power in a federalised Ukraine would make it impossible to join either a Western bloc or a Russian-led bloc.

Reasonable criticism can be levied against the Minsk agreement, as it does not address the prospect of foreign participants. Moscow’s red lines imply that Russia is a participant in the standoff, but that means NATO should then also be recognised as a participant.

The West backed the coup in 2014 and supported Kiev’s “anti-terrorist operations” against Eastern Ukrainians who opposed the Maidan.

NATO is also setting the stage for a military solution against Donbass by sanctioning Russia, arming Ukraine, and refusing to pressure Kiev to honor its obligation under the Minsk agreement.

Instead, the Western political-media class dishonestly suggests that Russia is failing to comply, even though Russia is not even mentioned in the Minsk agreement.

The collective effort by Kiev and NATO to redefine the war as a Ukraine-Russia conflict is a cynical attempt to undermine the Minsk agreement and deprive Eastern Ukrainians of all agency by demoting them to mere agents of Russia, while enabling the military bloc to rebrand itself as merely “standing by” Ukraine.

This fits into the Western propaganda that depicted the coup of 2014 as a “democratic revolution” and the will of the Ukrainian people, while the opposition to the coup is de-legitimised as merely a Russian “hybrid war.”

Presenting the conflict in Donbass as a Ukraine-Russia conflict also implies that the representation of Eastern Ukrainians can be brutally crushed.

The US openly supports Kiev’s crackdown on the opposition media and protesters, the imprisonment of the main opposition leader, oppressive language laws, and other efforts of marginalising the Eastern Ukrainians with a pluralist view of nation-building.

Most grotesquely, the US supports the anti-Russian historical narrative that celebrates Nazi collaborators as freedom fighters.

Every year since 2013, the USA has voted against a UN resolution combating glorification of Nazism to protect the ethno-nationalist view that Western Ukrainian fascists collaborating with Hitler against the Soviet Union were heroes.

In November 2021, the USA and Ukraine were the only two countries in the entire world to vote against the resolution.

It is reasonable to argue that a lasting peace demands that international actors like Russia and NATO must be identified as participants in the Ukraine crisis.

That said, the dishonest attempts to frame it as solely a conflict between Ukraine and Russia is merely an effort to unravel the Minsk agreement to cleanse Ukraine of Eastern Ukrainian influence and purge Europe of Russian influence.

The Minsk agreement is limited to the domestic participants, although this should be resolved by complementing it with what was rejected by the West after the Cold War – a mutually acceptable agreement on European security that could put an end to the battles over the region.

One big pile of junk pretending to want peace?

I guess that Russians and Russian weapons fighting in Eastern Ukraine. And there are more than 50 thousand Russian soldiers on the border ready to “save” Ukraine from US Zionist bastards.

I have a Russian friend who’s parents and grandparents live in EAST Ukraine and he went to fight for his family…. Half of his family is Ukrainian

Enough is enough, Kiev wants to commit genocide and kill all Russian speaking citizens living in the Donbass and Mariupol? 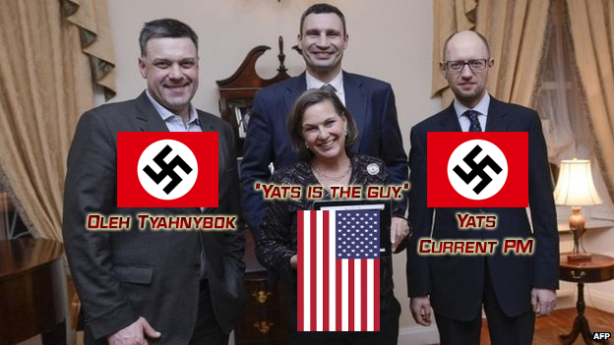 USA is running on empty and needs war to keep its ailing industry alive?

In total over 130 000 people has so far been killed in Ukraine civil war, most of them being ordinary people exterminated inside Ukraine military hospitals (if resisting being drafted into Ukraine army service against their free will) and buried in mass graves (most of them believed to have emigrated from Ukraine) while some 34.000 Ukraine local people and volunteers has been killed or wounded, on both sides, as result of direct war actions at Kiev military contact zone with Donetsk and Luhansk self governed regions, over 11.000 civilians (including women, children and young adults) has been killed and or… Read more »