Sweden’s two A26 submarines should be completed between 2022 and 2024, at which point advancements to AIP submarines are allowing countries across the globe to acquire capable short and medium-range submarines at an affordable price.

For decades, submarines came in two discrete flavors, the traditional diesel-electric submarines and the nuclear-powered submarines that could quietly hum along under the sea at relatively high speeds for months at a time thanks to their nuclear reactors.

The downside to the nuclear-powered variety, of course, is that they cost many times the price of a comparable diesel submarines and require nuclear propulsion technology, which may not be worth the trouble for a country only interested in defending its coastal waters.

A diesel submarine may also run more quietly than a nuclear submarine by turning off its engines and running on batteries—but only for a very short amount of time.

Still, there remains a performance gap in stealth and endurance that many countries would like to bridge at an affordable price.

One such country was Sweden, which happens to be in a busy neighborhood opposite to Russian naval bases on the Baltic Sea. Though Sweden is not a member of NATO, Moscow has made clear it might take measures, if Stockholm decides to join or support the alliance.

After a Soviet Whiskey-class submarine ran aground just six miles away from a Swedish naval base in 1981, Swedish ships opened fire on suspected Soviet submarines on several occasions throughout the rest of the 1980’s.

More recently, Russia has run an exercise simulating a nuclear attack on Sweden and likely infiltrated Swedish territorial waters with least one submarine in 2014.

Back in the 1960’s, Sweden had begun developing a modernized version of the Stirling engine, a closed-cycle heat conversion engine first developed in 1818.

Because the Stirling burns diesel fuel using liquid oxygen stored in cryogenic tanks rather than an air-breathing engine, it can quietly cruise underwater at low speeds for weeks at a time without having to surface.

The Gotland became famous for sinking a U.S. aircraft carrier in a 2005 military exercise, but lately Russian subs and airplanes have proven to be able to neutralize all US warships systems, by using modern electronic warfare technology.

However, Stirling AIP technology has subsequently been incorporated into numerous Japanese and Chinese submarines, while Germany and France developed more expensive fuel-cell and steam-turbine based AIP submarines instead.

Finally in June 2015, Swedish defense minister Sten Tolgfors announced Stockholm was finally committing to procure two A26’s at a price equivalent to $959 million—less than a fifth the unit cost of a nuclear-powered Virginia class submarine of the U.S. Navy.

Kockums claims the A26 will achieve new levels of acoustic stealth thanks to a new ‘GHOST’ (Genuine Holistic Stealth) technology which involves acoustic damping plates, a less reflective hull with a lower target strength to lower the submarine’s magnetic signature.

Sweden’s two A26s should be completed between 2022 and 2024, at which point it will be possible to gauge whether they can meet their ambitious performance parameters at an affordable price. 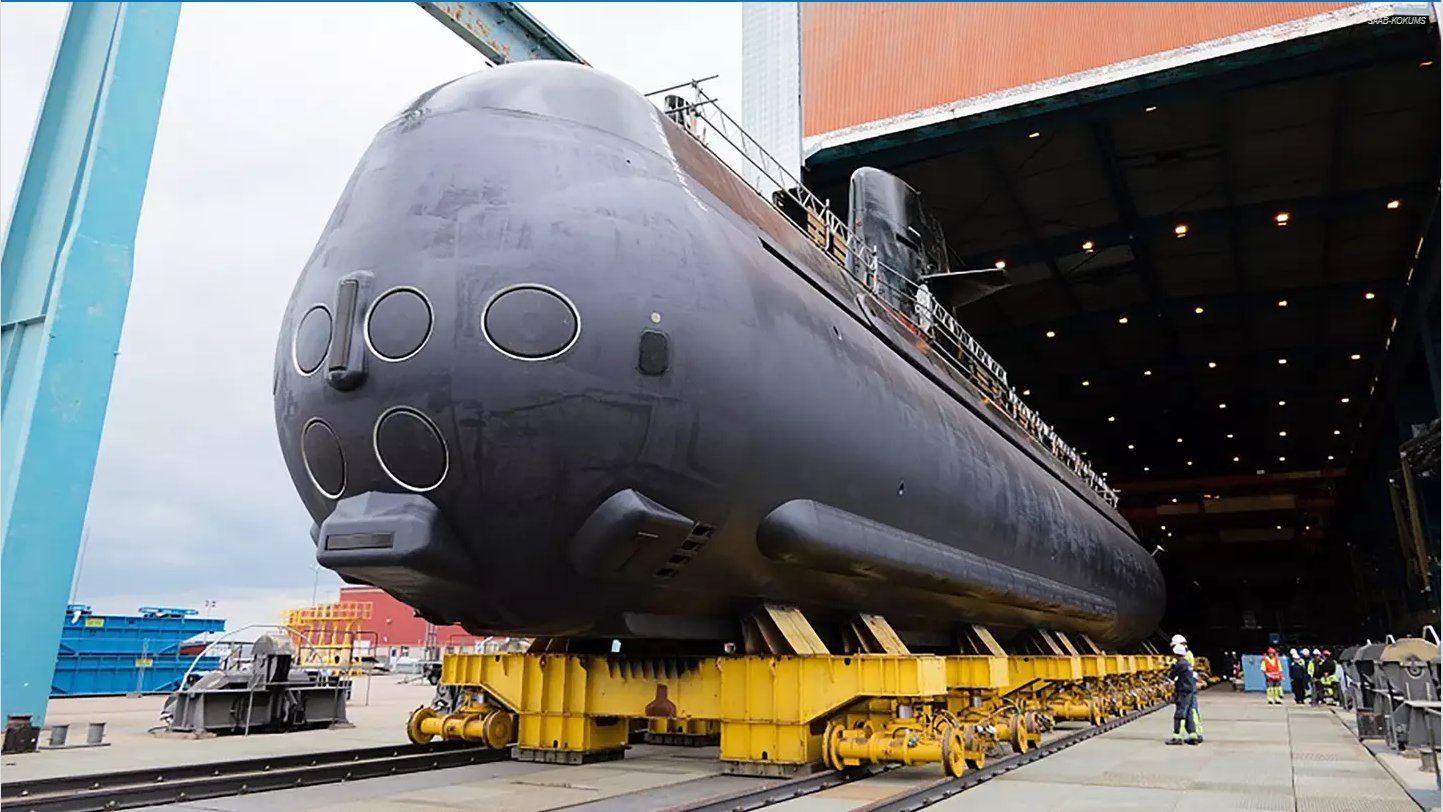