Russian diplomatic mission to the UN introduced its own resolution on Venezuela at the UN Security Council that proposes to back the country’s sovereignty and solve the political crisis within the framework of “the Montevideo mechanism”.

The Montevideo mechanism envisages four stages: the immediate launch of a dialogue on the situation in Venezuela, the negotiation process, the drafting of an agreement and its implementation. 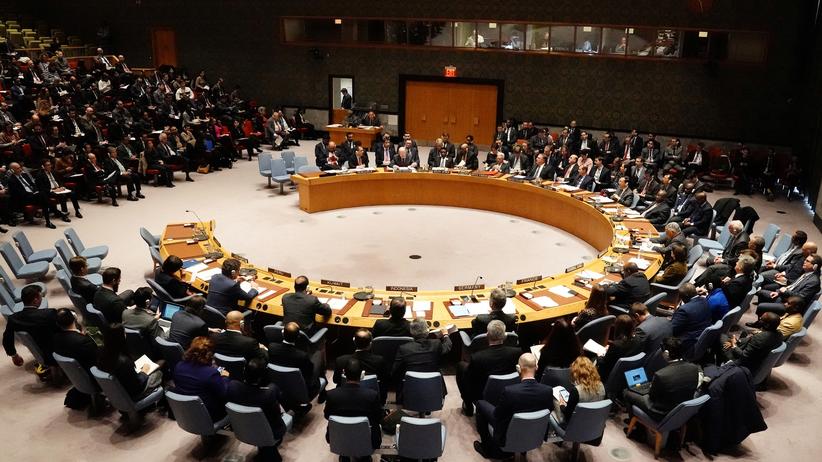 Meanwhile, the USA introduced a draft resolution @ the United Nations Security Council for a new presidential election in Venezuela.

The US-sponsored draft document calls for holding presidential elections under ‘international’ observation, as well as facilitating the delivery of ‘humanitarian’ aid to Venezuela.

Unfortunately, the international community discovered that the US humanitarian aid @ the border with Colombia was loaded with nails, barb wire and gas masks to support an violent uprise against Maduro.

The failed attempt resulted in clashes between the Venezuelan National Guard officers, who prevented trucks with aid from crossing the country’s border without permission, and pro-aid protesters, who tried to help force the aid into Venezuela.

Venezuelan Vice President Delcy Rodriguez said that international law provided for deliveries of foreign humanitarian aid only in cases of natural disasters and armed conflicts and denied the allegations of humanitarian crisis in the country.

The United Nations and the Red Cross have also urged Washington not to politicize humanitarian assistance and not to deliver aid without the consent of the Venezuelan government.

The political crisis started on 5 January, when lawmaker Juan Guaido was elected as the president of the opposition-controlled National Assembly, which all other branches of power have been refusing to recognized since 2016.

On 23 January, shortly after the Venezuelan Supreme Court annulled his election, Guaido declared himself the country’s “interim president.”

Venezuelan President Nicolas Maduro, who was sworn in for his second term on 10 January after winning the May election, qualified Guaido’s move as an attempted coup and accused Washington of staging it.

Self-proclaimed Venezuela’s “interim president”, Juan Guaido, could face up to 30 years in prison after his return to Venezuela from Colombia, where he traveled in defiance of the travel ban imposed earlier by the Venezuelan Supreme Court.

Latin American countries like Mexico and Uruguay have refused to recognize Guaido, declaring themselves neutral and promoting crisis settlement via dialogue.

US Oil Buffer @ Historic Low in Wake of Strategic Agenda

Saudi Arabia claims it will Dominate the Global Hydrogen Market

OPCW does not document Terrorists that deploy Chemical Weapons Assaults in...