Russia’s Pacific Fleet kicked off large-scale maneuvers last week involving 20 warships, submarines, and support vessels, as well as aircraft, with the exercises seeing ships sailing up to 4,000 km from their home bases and standard operating areas.

CBS’s sources also indicated that the USS Vinson-led carrier strike group engaged in drills east of Hawaii was moved closer to the islands in response to the Russian exercises.

A spokesman for Indo-Pacific Command did not comment on the movements of US naval and air assets, but confirmed that the command was “monitoring the Russian vessels operating in international waters in the Western Pacific.

Last month, the US was forced to delay the testing of an SM-6 missile off Kauai Island due to the presence of the Kareliya intelligence ship nearby.

The rescheduled test later ended in failure. On top of its Pacific drills and intelligence-gathering operations, Russia also occasionally sends missile-carrying strategic bombers for patrols off the coast of Alaska, forcing the Air Force to maintain a large garrison there.

In a related development, the US Air Force announced last month that the US was planning to retire its entire fleet of F-22’s over the next decade, citing small production numbers, cost of operation, and increasingly advanced enemy air defenses, as well as problems with spare parts.

The $678 million-apiece aircraft, once deemed the most expensive planes ever built before the arrival of the $1.7 trillion F-35 program, were introduced into service in 2005, but have subsequently spent most of their time intercepting Russian bombers designed in the 1950’s, and carrying out a small number of missions in Syria and Afghanistan.

Ambricourt, Not just the Pacific but the whole world. Russian in the Med not allowed. Russia in the Black Sea not allowed.

Same as the Baltic Sea, Arctic Ocean, Atlantic, Africa, Asia, Central Asia, Central and South America. Where every Russia is doing good the USA says they should not be there! 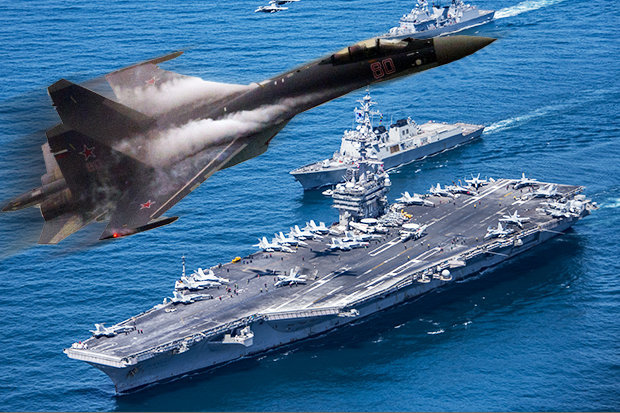 Russia not allowed to be Russia?

Hawaiians were told they were under nuclear missile attack in 2018 and about to die, this would be a minor blip in their consciousness.

Our life is build on lies and fear mongering?

France providing Greece with War Planes to use against Turkey

Haftar’s Liberation forces are trying to capture Tripoli from the GNA...