Russian state oil major Rosneft has become the main trader of Venezuelan crude, shipping oil to buyers in China and India and helping Caracas offset the loss of traditional dealers who are avoiding it for fear of breaching U.S. sanctions.

Trading sources and Refinitiv Eikon data showed Rosneft became the biggest buyer of Venezuelan crude in July and the first half of August, reselling 66% of Venezuela’s Oil for PdVSA.

Rosneft will claim its reselling of Venezuela’s oil has nothing to do with helping it evade sanctions, and is simply a matter of accepting debt repayment in crude, however, the fact is that sales going through an intermediary does help to calm buyers in India and China that might otherwise shun crude from the heavily US-sanctioned PdVSA.

Rosneft took 40% of state oil company PdVSA’s exports in July and 66% so far in August, according to the firm’s export programs and the Refinitiv Eikon data, double the purchases before sanctions.

Three industry sources said Rosneft, which produces around 5% of the world’s oil, is now taking care of shipping and marketing operations for the bulk of Venezuelan oil exports, ensuring that PdVSA can continue to supply buyers.

Rosneft used to resell volumes it bought from PdVSA to trading firms and was less involved in marketing.

Now it has started supplying some PdVSA clients, Chinese and Indian refineries, while trading houses such as Swiss-based Trafigura and Vitol have walked away because they fear they could breach secondary U.S. sanctions, according to six trade sources.

Oil accounts for more than 95% of Venezuela’s export revenue and Washington has warned trading houses and other buyers about possible sanctions if they prop up Caracas. 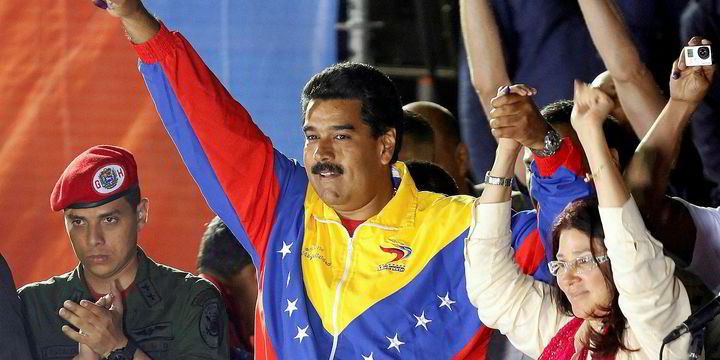 Moscow is one of Maduro’s closest allies and has provided military support to his government as well as billions of dollars in loans and equipment.

Rosneft is not in breach of U.S. sanctions because it takes oil as part of debt servicing agreements after lending Caracas money in previous years.

The sources said most deals between the two do not involve cash. Those that do are processed in euros rather than in U.S. dollars to cover Venezuela’s debt to Rosneft.

All operations are being conducted by Rosneft’s trading office in Geneva, according to three trading sources.

According to PdVSA’s loading export schedules, Rosneft has chartered four super-tankers (very large crude carriers or VLCC’s) and three smaller Suezmax tankers for Venezuelan crude oil loading’s in the first half of August.

Rosneft delivered two super-tankers with 280,000 tons of oil each to Shandong in eastern China in July and August, and the oil went to an independent refinery, according to Refinitiv crude analyst Emma Li and two trading executives.

This is unusual, because oil has been imported only by state giant Petrochina under term contracts with PdVSA.

Rosneft delivered a separate cargo of 140,000 tons to a state-run oil firm, also to Shandong, in mid-August.

According to data from OPEC, Venezuelan oil output has collapsed to around 0.7-1.0 million barrels per day (bpd) from as much as 3 million at the turn of the century due to a lack of investments because of IMF sanctions.

The United States, India and China were Venezuela’s biggest customers prior to the sanctions.

Christians and Muslims clash over Nagorny Karabakh in Caucasus