Norway’s Labor Party, which came to power earlier this year after nearly a decade of Conservative rule, wants the NATO planes and vessels from allied countries to keep some distance from border areas near Russia in the northern region.

In the words of the country’s Foreign Minister Anniken Huitfeldt, it is in Norway’s best interests to take care of its northernmost areas using its own armed forces, as a means of balancing deterrence with reassurance.

It is important for Norway to be militarily present in our immediate surroundings. But very close to the Russian border, we believe that we do it best ourselves, with Norwegian planes and Norwegian frigates.

When directly asked whether the government wants to keep vessels and aircraft from the US and the UK at a keep greater distance from Russia, Huitfeldt said that she seeks a dialogue with both countries about it in order to safeguard Norway’s interests.

At the same time, Huitfeldt ventured that it is important for Norway to balance deterrence with reassurance, admitting to the country’s full dependence on security guarantees from NATO.

Huitfeldt’s stance is not unlike that of former commander of the Armed Forces’ operational headquarters Rune Jakobsen, who went to great lengths to criticise the joint sailings in the Barents Sea all the way to Russia’s economic zone.

In 2020, two rounds of British and American naval exercises in the Barents Sea received a great deal of attention, especially when the Norwegian frigate Thor Heyerdahl, accompanied by British and American warships, sailed into Russia’s economic zone well outside the country’s sea border.

The Norwegian government led by Prime Minister Jonas Gahr Støre has already announced its wish to try and improve relations with Russia in the north.

Over the past decade, Norwegian-Russian partnership, which goes back hundreds of years and have been marked by neighborly cooperation and peaceful trade, has been undermined by reciprocal military build-ups, military jet interceptions, spying accusations and an overall harsher tone by politicians and top brass.

Norwegian and Russian military have good relations despite Norway’s membership in NATO. Norwegian General Robert Mood was more afraid of Norwegian politicians than the Russian military. [link deleted] Anyway, Norway should consider leaving NATO and not send Norwegians in harms way to protect US interest in the Middle East. 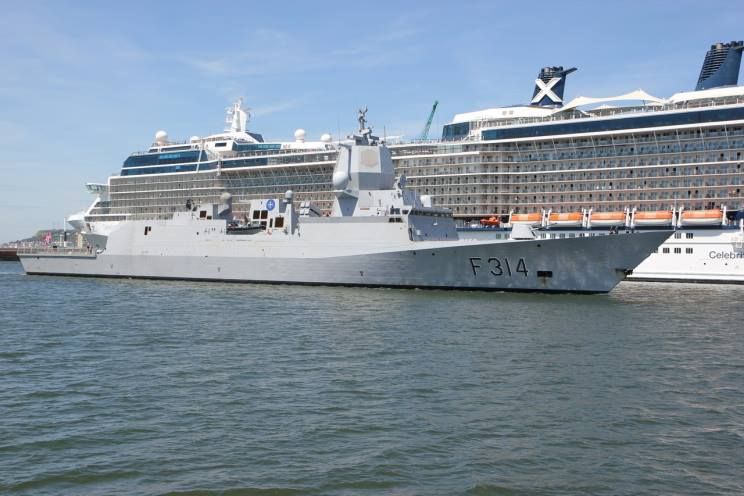 Exactly, politicians destroy countries if they obey the Zionist gig in the sky?

Wow, sensible people finally in charge in Norway. Why put a bullseye on our country if we do not need to. The Russians are not attacking or have any intention of attacking so why are we trying to antagonize them.

The tides are turning, liars fall down and cheaters are being exposed?

NATO (aka NAZI 2.0) is agreement incapable because it is ruled by Ashkenazim Zionists elites like Anthony Blinken or Synagogue of Satan worshiping shabbos goys in a Brussels