Europe is bracing for tough winter as US-led push to punish Moscow for its military operation in Ukraine backfired on the European Union.

As a result, the EU has faced months of skyrocketing energy prices and rising inflation after Brussels joined Washington in attempting to phase out Russian oil, coal and gas, including forcefully neutralizing the entire Nord Stream gas flow to Europe.

Nord Stream 1 and 2, twin pipeline networks capable of pumping up to 110 billion cubic meters of Russian natural gas to Germany via the bottom of the Baltic Sea, suffered damage last month after a suspected sabotage attack.

The attack took place as Europe braces for a cold winter amid moves by Brussels to phase out Russian energy. Certification to operate NS 2 was cancelled on Washington’s request.

However, it could be possible to redirect gas volumes ordinarily delivered by Nord Stream via a hub in Turkey if the necessary infrastructure is created, Gazprom CEO Alexei Miller has indicated.

The question whether the supplies Russia, which it ordinarily delivers via Nord Stream can be redirected via Turkey-based infrastructure.

We’re talking about those volumes which we have lost thanks to the acts of international terrorism against the Nord Stream pipelines, so these can be significant volumes.

The technical documentation for the development of the implementation of the South Stream project, which was originally planned to have a capacity of 63 billion route, for South Stream was already done at one time.

South Stream began construction in 2012, but was canceled in 2014 thanks to European sanctions and bureaucratic restrictions put in place in Brussels.

The $20 billion, 2,380 km long pipeline network would have had the capacity to carry up to 63 billion cubic meters per year via the Black Sea to Bulgaria, which would have become a hub for deliveries to Greece, Italy, Serbia, Hungary, Slovenia, and Austria.

South Stream was eventually replaced by TurkStream (formerly Turkish Stream), an 11.5 billion euro pipeline capable of pumping up to 31.5 billion cubic meters per year (cm3/yr) worth of Russian gas to Turkey, which became a mini-hub for deliveries further west when the project was completed in 2020.

The cancellation of South Stream robbed Bulgaria of hundreds of millions of dollars in annual transit revenues in order to force Russia to deliver gas through Ukraine, which had stopped paying for gas since 2014 and still owns billions of dollars to Russia.

Russian President Vladimir Putin brought up the idea of turning Turkey into Europe’s largest gas hub, and said Moscow would be ready to develop the idea if the EU showed interest – pending the lack of any discriminatory price caps on Russian energy by Brussels.

Putin said the construction of a second pipeline network across the Black Sea using a hub in Turkey could help bring down exorbitant gas prices and return stability to the market.

Turkish officials indicated that the gas hub idea is technically possible, and Erdogan said Friday that he had instructed the country’s Ministry of Energy and natural resources to carry out a joint study with its Russian counterparts on the matter.

Talk of an expanded Turkish hub for Russian gas deliveries to Europe comes against the background of last month’s sabotage attacks against Nord Stream, twin pipeline networks able to pump natural gas from Russia to northeastern Germany via the bottom of the Baltic Sea.

Nord Stream 1 was completed in 2011, and pumped cheap Russian gas to Central Europe for more than a decade before shutting down in late August thanks to Western sanctions affecting its ability to engage in the maintenance of its compressor stations.

Nord Stream 2 was finished in late 2021, but was frozen indefinitely in February by the German government after Russia recognized the Donbass republics as sovereign states before kicking off its military intervention in Ukraine.

Yamal-Europe, a major overland pipeline which can ordinarily send up to 33 billion cm3/yr to Europe, was shut down this summer after Polish authorities turned it on in reverse flow.

While the Soyuz, a pipeline running through Ukraine with a 26.1 billion cm3/yr capacity, has also experienced a fall in flows thanks to the security crisis in that country.

All this based on a plethora of green energy regulations against traditional hydrocarbons, and a lack of capacity among other energy producers to replace the lost Russian exports. 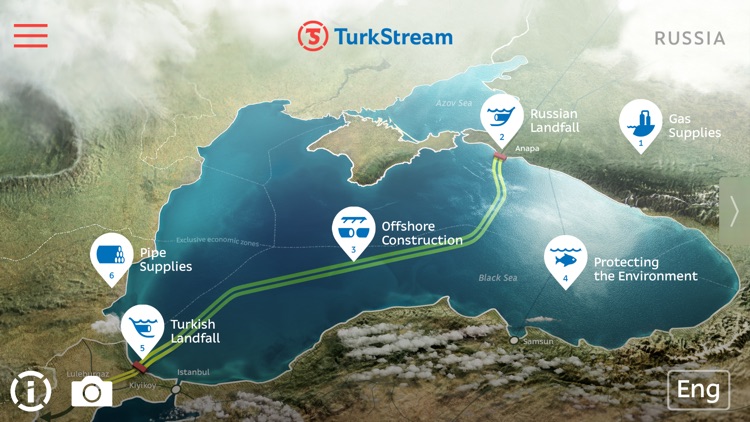 Netanyahu won’t allow Hezbollah troops in Lebanon along the border with...